Home  »  Website  »  National  »  Ahead Of Ayodhya Verdict, Home Ministry Asks All States To Be Alert

Ahead Of Ayodhya Verdict, Home Ministry Asks All States To Be Alert

Political parties and religious organisations have urged both the Hindus and Muslims to respect the Supreme Court's verdict. 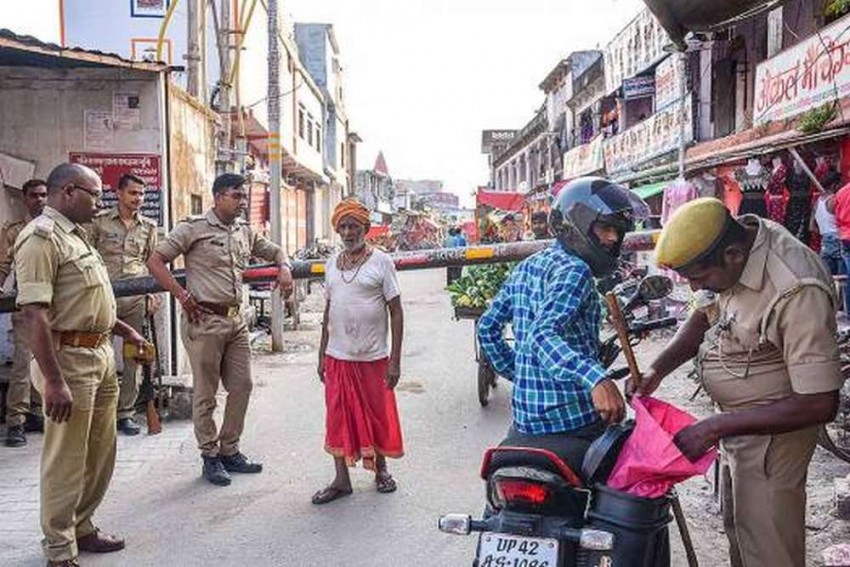 A police personnel checks a rider as other stand guard, in Ayodhya.
File Photo
Outlook Web Bureau November 07, 2019 00:00 IST Ahead Of Ayodhya Verdict, Home Ministry Asks All States To Be Alert 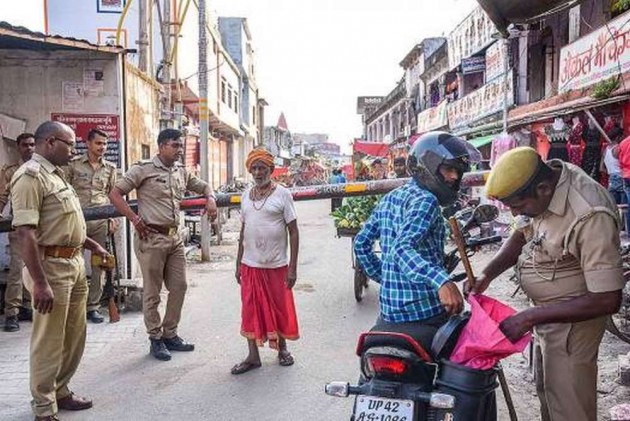 As the country awaits the Supreme Court verdict on Ayodhya land dispute, Union Home Ministry on Thursday asked all states to remain alert ahead of the judgement.

The apex court is likely to deliver its verdict on the Ayodhya issue before Chief Justice of India Ranjan Gogoi retires on November 17.

The Home Ministry's advisory comes after Prime Minister Narendra Modi asked his council of ministers on Wednesday to refrain from making unnecessary statements on the issue and maintain harmony in the country.

All the political parties and the religious organisations have urged both Muslim and Hindu sides to refrain from making any communal remarks or celebrating the top court's verdict, depending on whose favour the Supreme Court rules.

The BJP asked its party workers and spokespersons to restrain from making emotive and provocative statements on the Ram temple issue.

The Rashtriya Swayamsevak Sangh, BJP's ideological parent, had issued a similar word of caution to its cadre a few days ago.

Asserting that Indian citizens irrespective of their religion believe in peace and harmony, Senior leader of Rashtriya Swayamsewak Sangh (RSS) Indresh Kumar said that there will be no riots whatever be the Supreme Court's verdict in the Ram Janmabhoomi-Babri Masjid land dispute case.

Muslims bodies including Jamiat Ulama Hind and Sunni Waqf Board have appealed the Muslims to refrain from making communal remarks or from indulging in communal activities.

At a meeting of the party's spokespersons, media and social media departments from across the country, BJP's central leadership told them to avoid making unnecessary statements on the Ram temple issue, PTI reported.

BJP social media head Amit Malviya has also briefed the IT cell of the party on how to prevent controversial statements on such platforms.

The Vishwa Hindu Parishad has also stopped stone carving work for the construction of a Ram Temple in Ayodhya for the first time since 1990. All the artisans involved in the work have returned to their homes, said VHP spokesperson Sharad Sharma.

Former Solicitor General of India N Santosh Hegde also said there should be neither celebration nor protest over Supreme Court verdict on the Ayodhya issue.