Party workers have been cautioned against making unnecessary statements on the Ram temple issue. 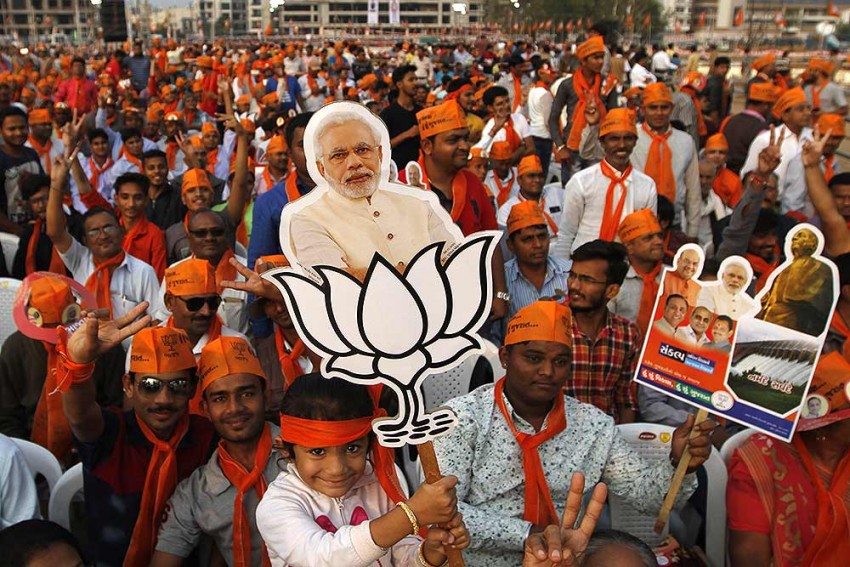 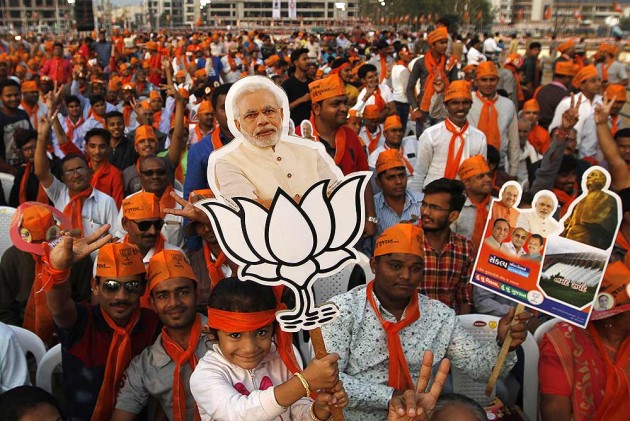 The BJP on Monday asked its party workers and spokespersons to restrain from making emotive and provocative statements on the Ram temple issue ahead of the much-anticipated Supreme Court verdict on the Ayodhya title suit.

The Rashtriya Swayamsevak Sangh, BJP's ideological parent, had issued a similar word of caution to its cadre a few days ago.

At a meeting of the party's spokespersons, media and social media departments from across the country, BJP's central leadership told them to avoid making unnecessary statements on the Ram temple issue, sources aware of the deliberations told PTI.

BJP social media head Amit Malviya also briefed the IT cell of the party on how to prevent controversial statements on such platforms, they said.

The Sangh's top brass in its recent meeting of 'pracharaks' had told them not to celebrate or carry out processions if Ram temple judgement comes in its favour.

The BJP-led government is waiting for the apex court's verdict for going ahead with its poll promise of building a Ram temple on the currently disputed land.

Earlier, authorities of Aligarh Muslim University had published an open letter asking the institution's fraternity and the civil society to not make any statement or indulge in any activity that could vitiate peace. All India Muslim Personal Law Board also asked Muslims to have faith in the Constitution and welcome the judgment regardless of what it says.

A five-judge Constitution bench led by Chief Justice Ranjan Gogoi reserved its judgement in the Ayodhya land dispute case on October 16 after a marathon 40-day daily hearing. The verdict is expected before Justice Gogoi retires on November 17.

In his latest edition of 'Mann ki Baat' on October 27, Prime Minister Narendra Modi had recalled how the government, political parties and the civil society prevented attempts to create fissures when the 2010 Allahabad High Court ruling on the disputed land in Ayodhya was to be delivered. He described it as an example of a united voice strengthening the country.

Fourteen appeals have been filed in the apex court against the 2010 Allahabad High Court judgment, delivered in four civil suits, that the 2.77-acre land in Ayodhya should be partitioned equally among three parties -- the Sunni Waqf Board, the Nirmohi Akhara and Ram Lalla.