The reason for Abdullah-Abdullah’s visit to India at this juncture is not known but will raise speculations in Islamabad about the motive. 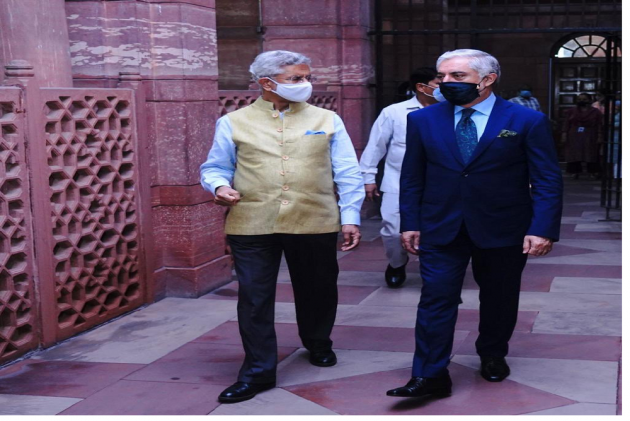 Afghanistan’s peace and reconciliation chief Abdullah-Abdullah is in Delhi on a short visit and met with foreign minister S. Jaishankar. Details of their conversation is not known but the visitor must have briefed India on the overall security situation in Afghanistan and the details of last weekend’s meeting with the Taliban in Doha. The two sides are scheduled to meet again shortly.

The Taliban has made major gains across the country, with over 100 districts, six custom points and border towns under its control. President Ashraf Ghani’s beleaguered government is riven by factional fights and many are questioning why the defence forces were not prepared for the Taliban offensive. Military experts blame the President for the failure to stop the Taliban’s forward march. Tolo news reported this evening that these experts are calling for unity and better coordination between Afghanistan’s security agencies. Most fear that as soon as the last of the American troops leave Afghanistan by August 31, the assault on Kabul will begin.

The Ashraf Ghani government is however ready to protect the capital city. It will not be a walk over for the Taliban as all preparations are on fight for every inch of territory. Warlords and ethnic militias are all on board to help the Ghani government.

The reason for Abdullah-Abdullah’s visit to India at this juncture is not known but will raise speculations in Islamabad about the motive. The MEA is tight-lipped and had not announced the visit till the minister himself tweeted.

Much will depend on whether the Taliban and Abdullah-Abdullah make any headway in the next round of talks in Doha. The Taliban has said that it wants a negotiated settlement and does not wish fight their way to power. However, despite such talk the Taliban has continued its attempt to take control of Afghanistan by force.

Abdullah-Abdullah is likely to have discussed his views on the peace negotiations with Jaishankar and given his assessment of the ground situation in the country.