"I Am Not A Person Who Seeks Out Controversy"

In an exclusive e-mail interview to Outlook, Amitav Ghosh elaborates on his decision to withdraw from the Commonwealth Prize, 2001 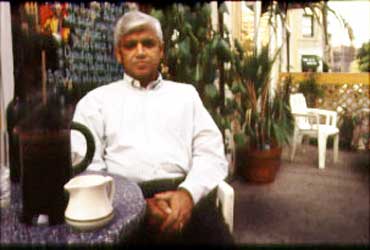 Have none of your earlier books ever been entered for the commonwealth award?

They had - unbeknownst to me. I only discovered this after this recent contretemps. I was, as I have said, astonished to discover that publishers routinely submit books for prizes without informing their authors.

How have your publishers reacted to your withdrawing from the contest?

My publishers around the world have been uniformly supportive - without exception. I am really grateful to them.

Is it just a matter of a personal objection, as you seem to suggest, or do you hope to bring the world's attention to the misnomer that 'Commonwealth Literature' is? The sincerity of your objection is apparent, but don't you think it might be construed in some circles as a mere 'grand gesture'?

I don't know what circles you're talking about. Those who know me or my work will be well aware that I am not a person who seeks out controversy. In any case, it seems to me that anyone with any sense will recognize that compared to the many important issues that confront the world, this is absolutely insignificant.

I am sure you must have read Rushdie's 1983 essay, "'CommonwealthLiterature' Does Not Exist".

As a matter of fact I have not read Rushdie's essay on Commonwealth Literature. I see from the date that I was then teaching in Trivandrum. Perhaps it did not come my way.

Don't you find it ironical that he was there at the last year's award ceremony, when The Ground Beneath Her Feet was in contention?

What other writers choose to do viz a viz this prize is none of my business. I do also want to say, that it was never my intention to belittle others who've accepted this prize. In fact at the same time that I wrote to the Commonwealth Foundation, I also wrote to a friend of mine who has won this prize. This is what I said: "You will probably be surprised to know that I've decided to withdraw The Glass Palace from the C'wealth Writer's competition (it was submitted without my knowledge). I am enclosing my letter to the Foundation, which outlines my reasons. You may well disagree with me, but I hope you will understand why I felt I had to do this. I thought I would write to you especially because I don't want you to feel that I'm attacking past winners of this prize. My book is addressed to certain specific historical circumstances: other books are not and these issues are not relevant to them. So I perfectly understand why these questions did not arise in your case."

Does the prize-money not mean anything? Could you not use it for, say, a cause you believe in, and yet make your point? Or do you think that would have been compromising with your principles?

I certainly thought of this option. But it seemed to me that it would be an attempt to eat my cake and have it too. I also could not see myself standing on the podium, accepting the prize and then making a speech about what was wrong with it. That is just not my way. Further, I'd also like to say that I don't want to imply any criticism of those students and others who have accepted Commonwealth scholarships etc. These are a part of the Commonwealth Foundation's social and development initiatives which I have applauded.

Do you think you would have taken the same step if the publishers of your first book had entered it for the competition (assuming you had the same objections then, of course)? What role does financial security and an established reputation as a senior man of letters play in allowing one to take a principled stand like this?

It is impossible for me to hypothesize what I may have done in the past.

How do you react to criticism of your work on the lines that your vision seems to be "imbued with imperialistic overtones" or reflects "that part of Nirad Chaudhari's whole considered view which attributes value to the British for no apparent reason except that they are British"? Or is the intent to silence such critics?

The opinions I expressed in my letter to the Commonwealth Foundation were my own. Since then I have been deluged with messages from around the world supporting my decision. Clearly many people shared my perceptions without necessarily articulating them. Just today I have received a letter from a young Indian student in Britain who has summed it up better than I could::

"I'm writing to tell you how much I liked your letter to the administrators of the Commonwealth Prize. I came across it first on the tehelka website, and was delighted to see, in your characteristically well-written prose, many of the things I often find myself struggling to articulate as an Indian student in Britain confronted with apologists (often otherwise intelligent and usually well-meaning people) for British Rule and its alleged yes"> 'greatness': you'd be surprised just how common this is, and how hard it is to even begin to explain to them why they're so terribly wrong, or at the very least why they need to reconsider the settledness (for want of a better word) of their views. Cambridge, as you're probably aware, is not short of the sort of upper-class Englishman whose sense of national pride rests on several dubious pillars, including pride in the Empire and the commonwealth and 'all that it stands/stood for' (which is not relentless commercial expansionism based on inherently unequal race relations, naked exploitation and so on, but some vague combination of 'fair-play' and railway lines ...).

As an Indian, I am often struck quite forcefully by the enormous gulf between how the British perceive the entire Imperial exercise, and how we do, and how they don't quite seem to - well, get it, even when you tell them, in very simple English, why you think the way you do. So thank you for saying, in the context of this dubious category of 'Commonwealth literature', what I've wanted to say for a while in a broader context. Anyway, congratulations again for standing up and being counted on this issue, you've done us all a service."

Is there any categorisation that you would feel comfortable with for your books? How would you like to describe your oeuvre?

I think of myself as an Indian writer in the first instance. By this I mean that my work has its roots in the experience of the people of the Indian sub-continent, at home and abroad. I think I would be uncomfortable with any categorization of my work that did not acknowledge this. In this sense 'Indian writing in English' seems to me to be a perfectly acceptable categorization of my work.

Don't contradictions exist in other prize-contests too?

I would like to stress that I have no objection to literary prizes in general. But it seems to me, that the value of a literary prize should lie in the first instance, in celebrating literature: not in valorizing a particular view of the past or present, nor in creating, as it were, a literary 'bloc'.I believe that the idea of 'the Commonwealth' (and 'Commonwealth literature') does represent a certain reading of the past and present - one that is in essence, contrary to the spirit of my book. On the other hand prizes such as (for example) the L.A. Times, the Guardian, the Crossword, the Ananda Purashakar etc do not, to my mind, represent any such readings. It also seems to me perfectly reasonable that a chain of book shops or a newspaper group should offer literary prizes. But of course, I do know of people who might well object to a prize named after a tobacco company or a specific political party and so on and if they did, I think they would be right to say so. After all, if the givers of prizes feel they have the right to judge authors, then they should be aware that authors also have the right to judge prizes.