The government had promulgated as many as 10 ordinances for the session which ends on July 26 and will have 30 sittings. 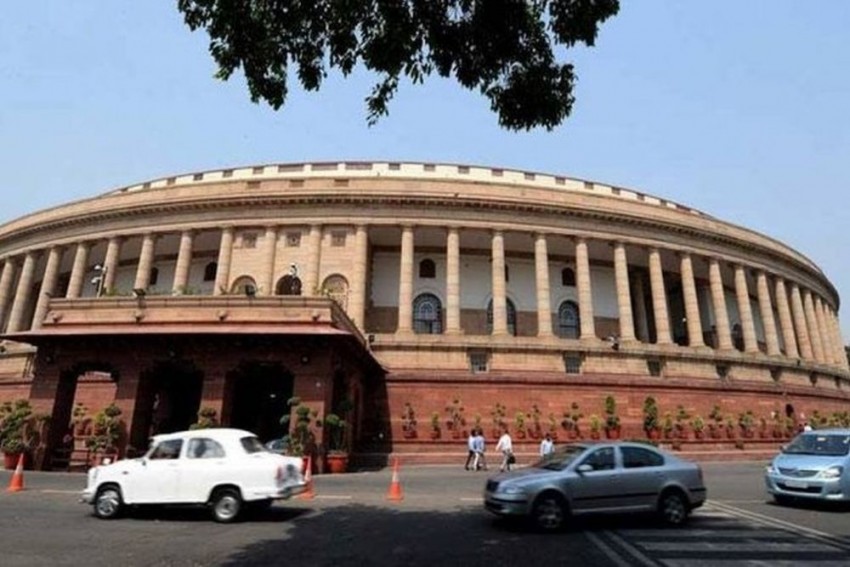 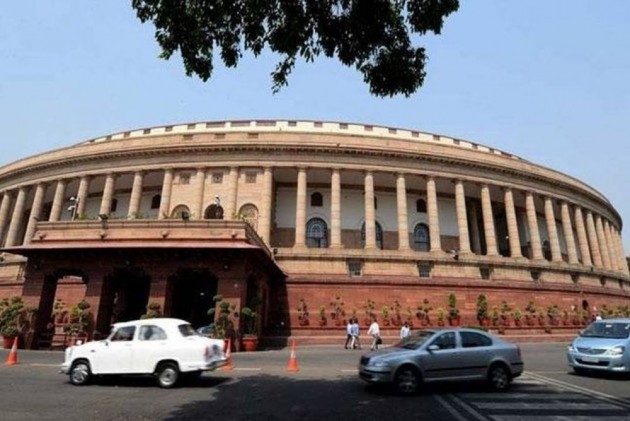 With Union Budget and key legislation such as Triple Talaq Bill on the top of government's agenda, the first session of the 17th Lok Sabha began on Monday.

Prime Minister Narendra Modi, who is also the leader of the House, took oath as Member.

Five-forty-two newly elected parliamentarians are being administered an oath of office.

One seat in the House is vacant as the election for Vellore constituency in Tamil Nadu was cancelled on charges of money use. Two more MPs will be nominated by the government from the Anglo Indian community, making the full house of 545.

The oath-taking by the new members is being overseen by the protem Speaker Virendra Kumar. President Ram Nath Kovind will administer him the oath of the office today morning at the Rashtrapati Bhavan before the Parliament Session begins. He will be assisted by a panel of senior members including Kodikunnil Suresh and Bhatruhari Mahtab in overseeing the proceedings when members take oath on Monday and Tuesday.

The Modi government is expected to present the Union Budget on July 5.

The government had promulgated as many as 10 ordinances for the session which ends on July 26 and will have 30 sittings. Among the bills that will be introduced, the one on triple talaq could prove to be contentious.

The election of Speaker of the Lok Sabha will be held on Wednesday followed by a joint sitting of both the Houses of Parliament on Thursday when President Kovind will deliver his customary address.

Interest is now centred on who will be the new Speaker in the place of Sumitra Mahajan who did not contest the recent elections.

It remains to be seen whether the new Speaker will be a woman and if so whether it could be former minister Maneka Gandhi, also a senior MP. Before Mahajan, during the second term of the UPA, the post was held by Meira Kumar who became the first woman Speaker of the Lok Sabha.

The Union Budget will be presented by Finance Minister Nirmala Sitharaman on July 5, preceded by a pre-Budget Economic survey on July 4. It will be the full Budget of the year because the one presented before the elections was a vote on account.

Arun Jaitley, who was the Leader of the House, during the first Modi government, will be missed as he opted out of the government on health grounds.

Main opposition party Congress has yet to decide its leader of the party in both Houses of the Parliament. Sonia Gandhi, however, has been elected as leader of the Congress parliamentary party.

This session of the Parliament will have no former prime ministers as Manmohan Singh's Rajya Sabha term ended Friday while H D Deve Gowda could not make it to the Lok Sabha.

Some prominent faces will be missed in the session. Senior BJP leaders like L K Advani, Murli Manohar Joshi, Sushma Swaraj and Uma Bharati, as they did not contest the elections. Similarly, Mallikarjun Kharge, who was the Leader of the Congress in the 16th Lok Sabha, and his deputy Jyotiraditya Scindia, will not be seen in the House as they failed to win the polls.

On Sunday, Prime Minister Narendra Modi chaired a customary all-party meet where he said that the Parliament session should begin with "fresh zeal and new thinking".

Addressing the media after the all-party meeting, parliamentary affairs minister Prahlad Joshi said that Modi has urged leaders of all parties to "introspect whether members of Parliament are able to fulfil people's aspirations as their representatives and the manner in which last two years of the 16th Lok Sabha were wasted".