Apart from the addition of the new colour option, the Ninja 400 and Ninja 250 remain mechanically unchanged compared to their standard variants

Kawasaki has unveiled the 2020 Ninja 400 and the Ninja 250. Apart from the addition of the new colour options, both the motorcycles remain mechanically unchanged compared to their predecessors. The updated Ninja 400 sports the same green and black paint job, but it now gets new decals on the fairings and rear panels. This is not the only addition to Ninja 400’s colour palette, mind you.

The other one is a stealthy metallic black paint scheme with a dash of gold decals, whereas the third variant is a mix and match of white, red and black colours, which doesn’t look as appealing as the other options. The Ninja 250, on the other hand, gets the same paint jobs as the Ninja 400.

There’s no word from the company whether these variants will be launched in India or not. However, if they are, then we are really looking forward to seeing the metallic black paint job, which is our pick from the lot. 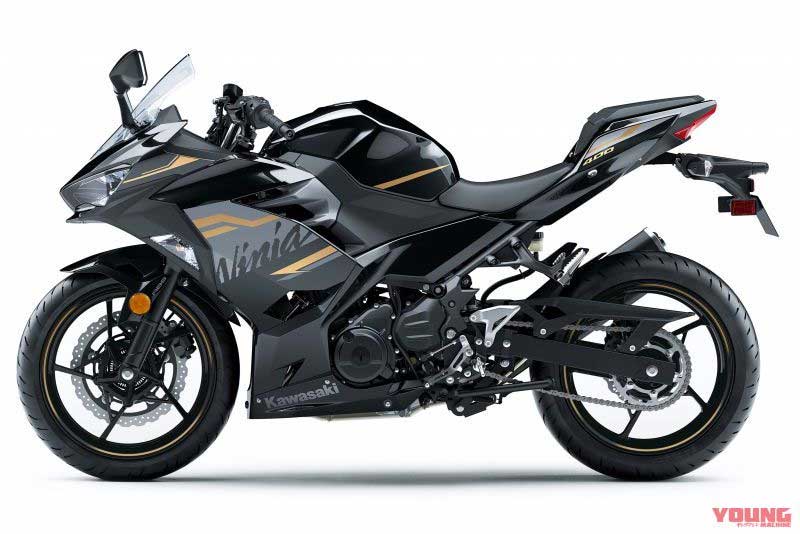 On a side note, there are rumours that Kawasaki is apparently working on a hardcore 250cc fully-faired bike called the Ninja ZX25R. What’s more interesting is that the new 250cc inline-four motor will churn out 50PS of peak power. That’s 11PS more than the Ninja 300! Sounds interesting, right? Then you should probably read the rest of the report here.