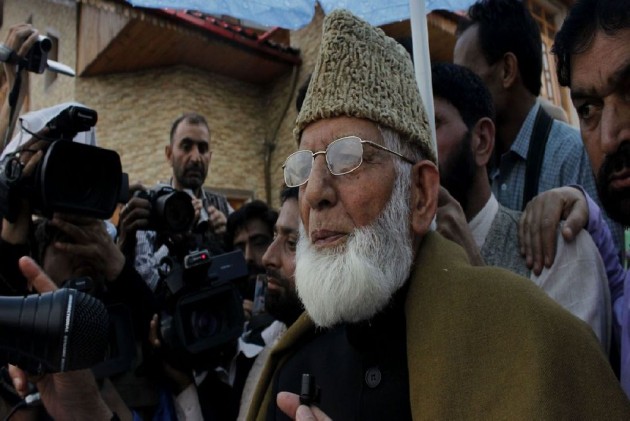 Amid complete Internet shutdown in the Valley, an email from incarcerated separatist leader Syed Ali Shah Geelani to media persons has surprised the Jammu and Kashmir Police.

Several journalists in the Valley received an email on Tuesday evening from Geelani, inviting them for a press conference. Surprisingly, Geelani is under house arrest and has no access to phone or Internet. The press conference was scheduled to be held at 11 am on Wednesday.

The press conference assumed significance because no other separatist leader has spoken to media since August 5 when the special status of J&K was abolished. Most of the separatist leaders are under house arrest or lodged in different jails in and outside Kashmir.

On Wednesday morning, several journalists, who had received the invitation, reached Geelani's residence in Srinagar. However, the security forces deployed there did not allow them to meet the separatist leader and foiled the presser.

Security agencies were startled when the media persons informed them about the email they had received from Geelani. Senior police officials said they would probe the matter and investigate how Geelani managed to send an email.

If required, the police said, they will seek information from the media persons about the mail.