Following this, the district administration was maintaining a strict vigil on villages which are close to the river, officials said. Heavy rains have pounded Haryana and neighbouring Himachal Pradesh for the last few days.

Delhi LG VK Saxena has taken the decision in view of the ‘serious lapses on the part of the officers concerned’ in the implementation of the excise policy.

The Board of Secondary Education Manipur (BOSEM) on Friday announced the class 10 final examination results, in which 76 percent of students. 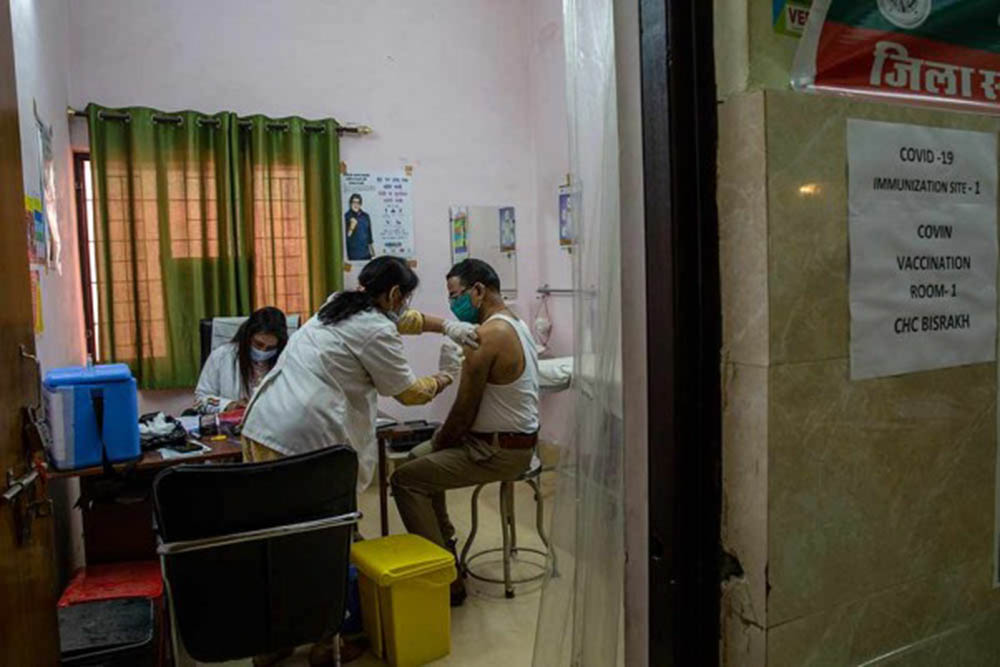 Ladakh Lieutenant Governor R K Mathur directed the officials concerned to ensure that all residents of Ladakh are covered under PMJAY and Universal Health Insurance schemes so that the people could avail of benefits such as...

Pull Up Socks To Tackle Coronavirus: Punjab CM To Officials

The meeting was also attended by state Health Minister Chetan Singh Jouramajra, who had recently come under fire for "humiliating" the Baba Farid University of Health Sciences vice-chancellor. Jouramajra had forced the VC to... CBI (Central Bureau of Investigation) has taken over the investigation to look into the three complaints filed by the PMO. The Chief Minister also directed the DCs and superintendents of police to be ready to thwart unscrupulous elements from disrupting the examinations. Official notices state that more than 10 complaints of waterlogging were received by the New Delhi Municipal Council following the monsoon season’s first...

MP: Bomb Threat At Gwalior Station Turns Out To Be Hoax

Police conducted an extensive search at the Gwalior railway station in Madhya Pradesh on Monday after receiving a bomb threat call, which later turned out to...

Two minor girls were killed and 20 people were injured in a road accident that took place in Chattisgarh.

Smuggled gold by a passenger was retrieved by Officials of the Customs department at the Mangaluru International Airport (MIA).

In an attempt to curb water scarcity, water metres have been attached to big consumers.

Chouhan had instructed the officials to take action against those involved in the corruption. The state government instructed the EOW to probe the matter and a...