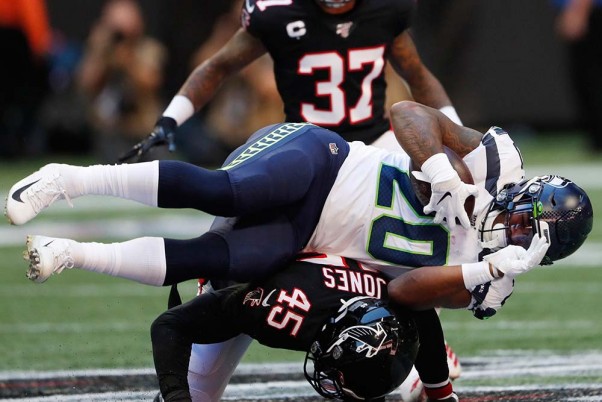 Seattle Seahawks running back Rashaad Penny (20) is hit by Atlanta Falcons linebacker Deion Jones (45) during the first half of an NFL football game in Atlanta. 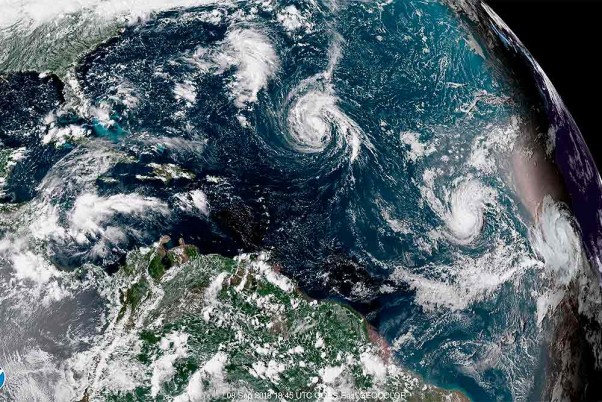 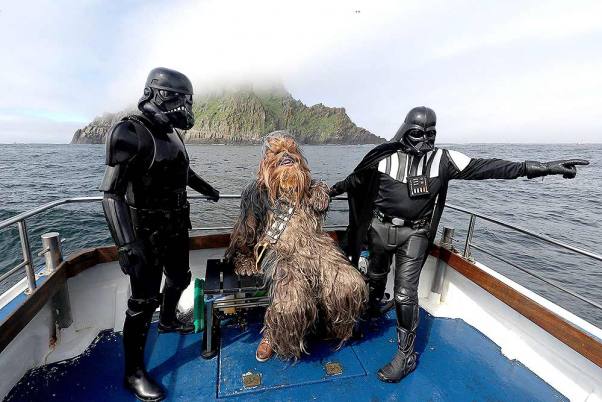 Star Wars fans in costumes of Shadow Stormtrooper, left, Chewbacca and Darth Vader, right, travel on a boat trip to the Skellig Islands, Co. Kerry, during Ireland's inaugural May the Fourth Festival to celebrate Star Wars. 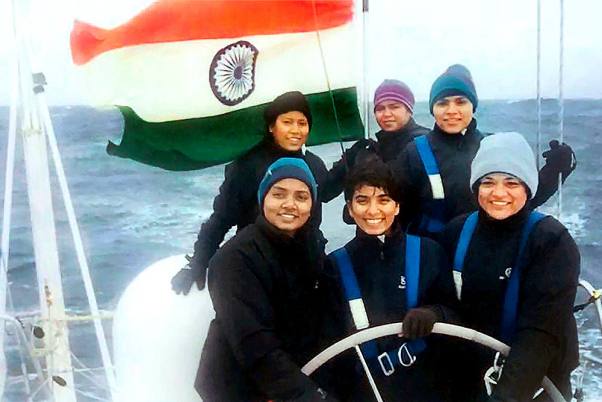 Indian Navy’s first all-women crew of Indian Naval Sailing Vessel (INSV) Tarini hoist the Indian tri-colour as a mark of achievement after crossing Cape Horn through the Drake Passage, considered one of the most difficult stretches to navigate through. 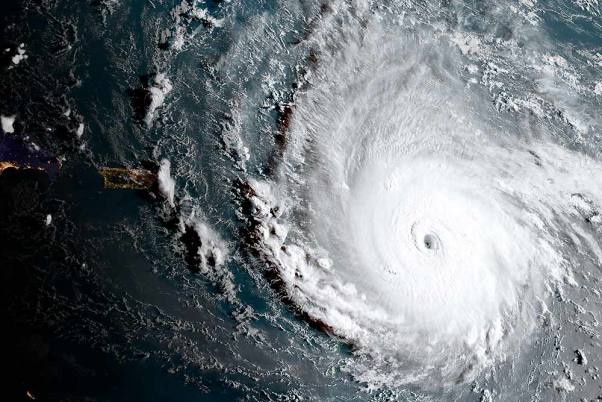 In this geocolor image captured by GOES-16 and released by the National Oceanic and Atmospheric Administration (NOAA), Hurricane Irma, a potentially catastrophic category 5 hurricane, moves westward, in the Atlantic Ocean toward the Leeward Islands. This image was captured as daylight moves into the area, right, with nighttime features on the left side of the image. Hurricane Irma grew into a dangerous Category 5 storm, the most powerful seen in the Atlantic in over a decade, and roared toward islands in the northeast Caribbean on a path that could eventually take it to the United States.

Police personnel participate in a rehearsal for...