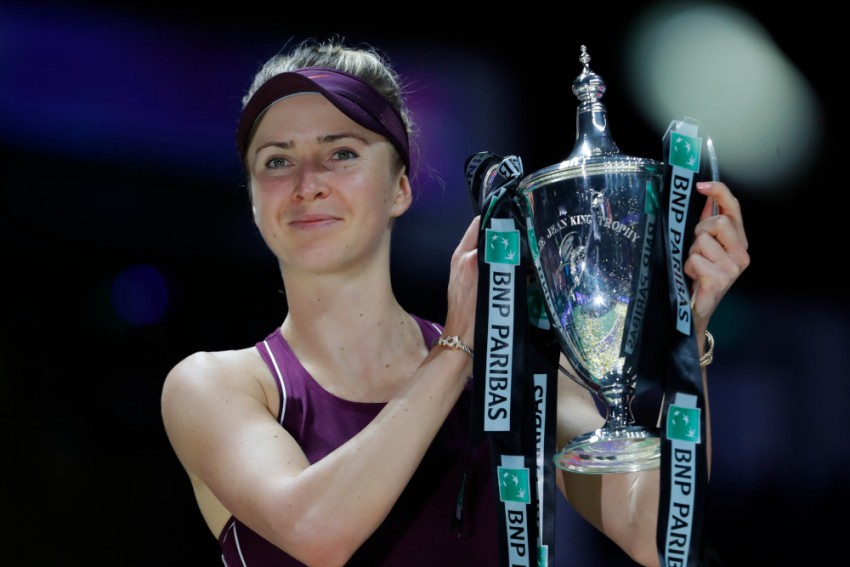 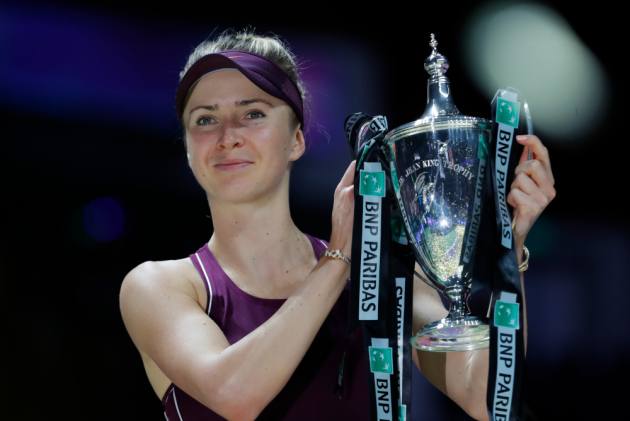 Unheralded Elina Svitolina claimed possibly the biggest title of her career with a gritty come from behind win over Sloane Stephens at the season-ending WTA Finals on Sunday at Singapore.

Svitolina has been in brilliant, aggressive form in Singapore, beating defending champion Caroline Wozniacki, Czech players Petra Kvitova and Karolina Pliskova at the group stage, and Kiki Bertens in the semi-finals.

Having started slowly in the semi-finals, it was Stephens who made the running early and she broke Svitolina to love in the second game.

It was a matchup of similar styles between the athletic counterpunchers and lengthy rallies punctuated the contest.

Svitolina looked sluggish after playing the two longest matches in the tournament against Wozniacki and Bertens in the semi-finals.

She saved three break points in the sixth game but was unable to convert two chances of her own in Stephens' next service game.

Stephens' blistering forehand dictated as she ran away with the first set.

A more aggressive Svitolina went for her shots and clawed back into the contest. Even though she still struggled on serve, Svitolina attacked on return and broke twice to wear down a suddenly passive Stephens.

Svitolina fittingly forced a decider in a tournament which has had a record-setting amount of three-set matches.

The 24-year-old's momentum continued as she produced an astounding run down winner to break Stephens in the second game.

But Stephens wouldn't roll over as she attacked Svitolina's serve and broke in the fifth game.

The twists continued as Svitolina hit back immediately and stormed home as a wayward backhand from Stephens sparked jubilation from the number six seed.
Svitolina could rise three spots to world number four on the rankings after her triumph and she has now won nine straight finals.

It ended the tournament's five-year run in Singapore with the season-finale moving to Shenzhen.

Earlier, Timea Babos and Kristina Mladenovic played a masterclass to upset world number one Barbora Krejcikova and Katerina Siniakova in the doubles decider.

The world number three held the edge throughout to triumph 6-4, 7-5 in 84 minutes.