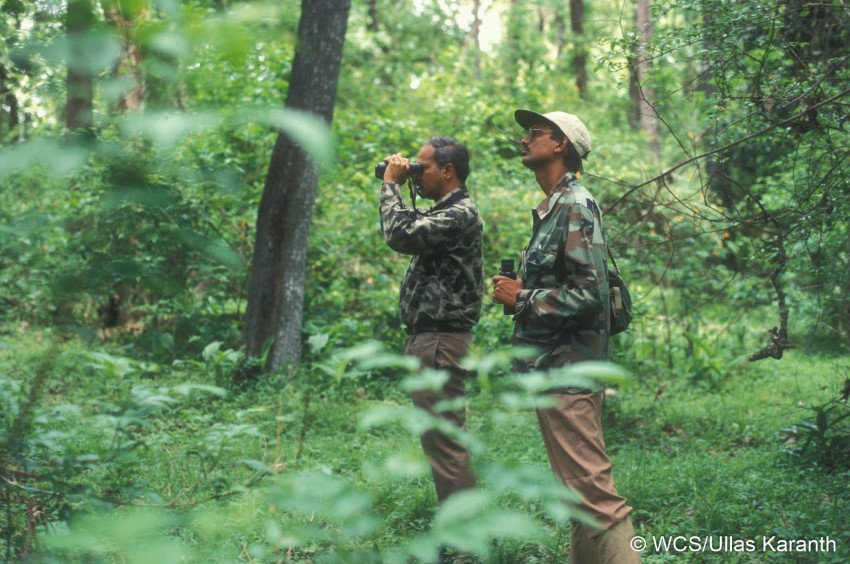 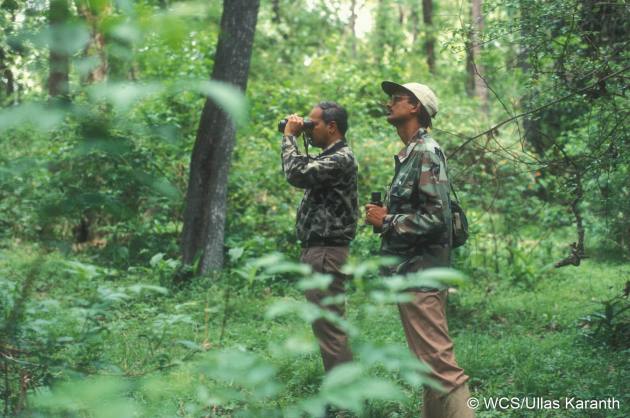 A new study, published by Springer Nature was conducted on the population ecology of five species of threatened ungulates: Gaur, Sambar, Chital, Muntjac and Wild Pig in the -Nagarahole- Bandipur protected landscape by Centre for Wildlife Studies scientists and collaborators

According to the press release, the detailed study, titled ‘Spatial Dynamics and Ecology of Large Ungulate Populations in Tropical Forests of India’ includes key data based on the research. The study involved the conduct of line-transect surveys on foot, designed and implemented advanced distance sampling methods.

The study rigorously estimated population densities of these five ungulates at both local and landscape scales and explored causal factors underlying the variations in their densities in terms of different ecological and management factors. 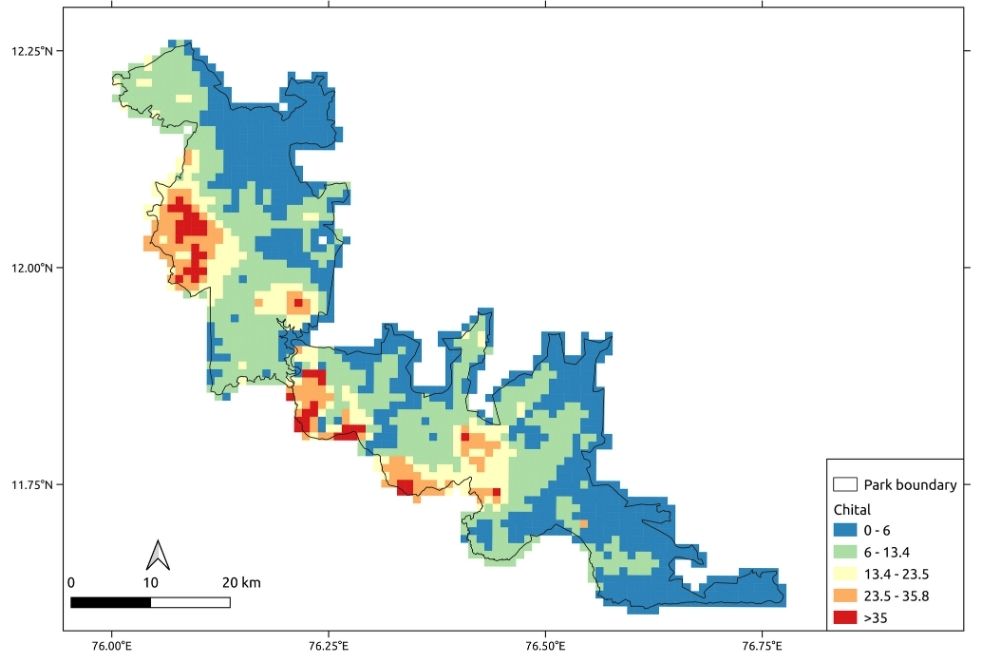 Ungulates come under the category of a diverse clade of large mammals with hooves. Ungulates are further classified into different categories based on certain factors. The categories include odd-toed ungulates like horses, tapirs, rhinoceroses and even-toe ungulates, like cattle, pigs, camels, sheep, deer. They are typically herbivores, however, the advanced category of ungulates are omnivores too.

The analytic methodology of Bayesian Hierarchical modelling used by the authors, generated more rigorous and nuanced results useful for conservation, without involving any additional investment of resources as compared to standard line transect sampling.

The author Samba Kumar said, “Our results have both scientific and management implications. These are the first population ecology data and results gathered at such fine-grained scales on these vulnerable species which are under threat across their range in Asia. The study also highlights the importance of strict anti-hunting measures and regulation of human impacts on habitats, which are far more important to recover these species than many of the expensive commonly employed habitat management practices. Our study also provides a scientifically robust decision-making framework to
prioritize management actions to accomplish conservation goals”.

While author Ullas Karanth of CWS said, “The approaches we developed and the results we generated have wide application for surveying large ungulate populations all over the world. In view of the fact that almost all the putative line-transect surveys now being conducted across Asia, including those in India, lack rigour and generate unreliable results, there is ample scope for adopting our methods in the future. Because tropical forest ungulates are under serious threat, I hope such adoption will be prioritized by the Government.”

Author James Nichols, University of Florida, USA said, "With a few notable exceptions, our knowledge of the population ecology of large, mobile animals is very limited, primarily because of the difficulty of studying such animals at relevant spatial scales. The study reported in this book is exceptional in being well-planned, well-executed via an enormous, supervised field effort, and well-analyzed using state-of-the-art data-analytic approaches. As a result, the study provides strong inferences about the spatial ecology and conservation of the focal ungulates and provides a model for the large-scale study of mobile animal populations."

The Centre for Wildlife Studies is a Bengaluru-based research centre, that conducts wildlife research, in situ conservation, policy and education. It is an internationally recognized centre-of-excellence, which works in collaboration with Central and State Governments as well
as partnerships with several national and international institutions to promote the protection of wildlife and wildlands.