The bill will now be tabled during the budget session, first part of which is to be held from 29 January to 9 February. 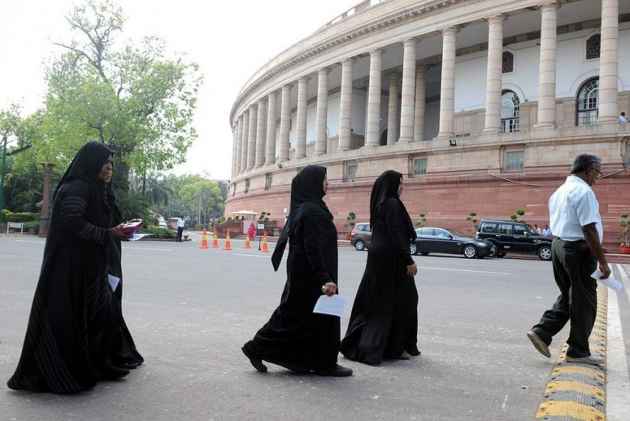 Parliament winter session ended today, with no headway to the Triple Talaq legislation that seeks to criminalise instant divorce in the Muslim community.

Triple Talaq was passed in the Lok Sabha but couldn't gain consensus in the Rajya Sabha where the ruling party BJP is in a minority.  The bill will now be tabled during the budget session, first part of which is to be held from 29 January to 9 February.

"First part of budget session to be held from 29 January to 9 February, budget to be presented on 1 February. Second part to be held from 5 March to 6 April,"  Parliamentary Affairs Minister Ananth Kumar said.

A united Opposition, led by the Congress party, continued to put pressure on the Centre in the Rajya Sabha for the triple talaq bill to be put before a select committee of the Upper House.

The bill was passed in the Lok Sabha with most of the leading parties in the Opposition, including the Congress, voting in favour, but with caveats.

The bill, if enacted, will make triple talaq a criminal offence. It proposes a three-year jail term for a Muslim man who divorces his wife in any form of spoken, written or by electronic means such as email, SMS, and WhatsApp.

With the bill still hovering due to lack of consensus, both houses today were adjourned sine die, bringing to an end the short Winter Session.

However, 12 bills, including the 'triple talaq' legislation was passed in the Lok Sabha.

Announcing the adjournment in the Lok Sabha, Speaker Sumitra Mahajan said the session, which commenced on December 15, had 13 sittings spread over 61 hours and 48 minutes. The House lost about 15 hours due to disruptions and adjournments.

A bill to hike the salary of high court and Supreme Court judges was also passed.

The Speaker said 16 bills were introduced by the government in the session.