Why Is Centre Not Amending Section 497 Of IPC?

Why is it that a married woman is given a blank cheque to indulge in sexual relations with as many men as she likes and yet not be held liable in anyway? 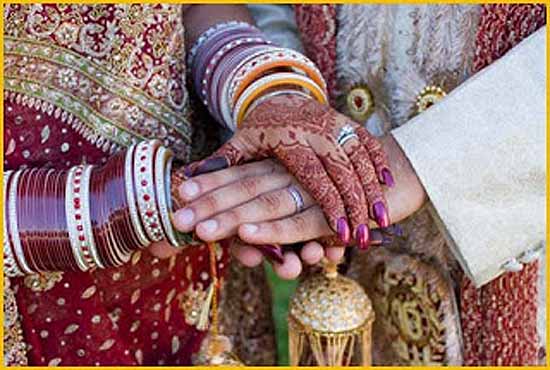 At the outset let me begin by expressing my utmost indignation at the callous manner in which Section 497 of the IPC has been allowed to continue unabashed, uninterrupted and unamended even after more than 150 years of its creation! I find it most reprehensible and cannot but raise serious questions over it. No sane person will ever justify the retention of Section 497 in its present form!

Section 497 of IPC states that, "Whoever has sexual intercourse with a person who is and whom he knows or has reason to believe to be the wife of another man, without the consent or connivance of that man, such sexual intercourse not amounting to the offence of rape, is guilty of the offence of adultery, and shall be punished with imprisonment of either description for a term which may extend to five years or with fine or with both. In such case the wife shall not be punishable as an abettor."

It disturbs my conscience to the hilt to note that this Section treats a woman as worse than a lunatic. It wrongly assumes a woman to be incapable of having a sound mind and exempts her from punishment even though she herself may lure a man and prompt him to have sexual relations with her with her own free consent. This is just not done. Why are woman activists and woman organisations maintaining a conspicuous silence on it? They must explain and come clean on this.

Why is it that a married woman is given a blank cheque under this Section 497 of IPC to indulge in sexual relations with as many men as she likes and yet is not held liable in anyway? Why is it that even though a married woman lures a man to have sexual intercourse with her betraying in the most dastardly manner her own husband with whom she vowed to be loyal always, she is not even slightly punished or even fined? Why is it that only and only the man who has to go to jail for a term of up to five years?

Why is it that a husband can take action against any man who indulges in sexual relations with his wife but if the husband does the same thing with another woman the wife cannot do the same? Why is a woman treated as personal property of the husband under our law? Why is a woman not allowed to pull the strings of law in the same manner as a man is allowed under our law?

Section 497 of the IPC must be made gender neutral. Also, either both men and women must be punished or no one at all. Why is it that a woman who after getting educated from highly reputed educational hubs, getting a top corporate or government job like IAS, IPS etc is still considered incapable as a person and therefore inspite of being married and sleeping with some person other than her husband is not punishable under IPC? How can this nonsense be justified by any sane person? How can a woman who betrays the unflinching faith of her husband and sleeps with some other person be allowed to escape unpunished and the man alone be subjected to deal with the consequences?

Either both of them should be punishable or no one. It cannot be anybody's case that the man alone should be sent behind bars for committing adultery while the woman be held just not liable at all and allowed to escape unpunished and unchecked. The buck has to stop somewhere. A married woman cannot be allowed to lure any man and then not be held accountable at all under our legal system.

It is high time that this law is revisited even in India and amended to meet the present circumstances.

In France the wife is punishable with a minimum term of three months to a maximum of two years but discretion rests with the husband to terminate the sentence and accept her again as his wife. The adulterer is also similarly punished. It must be noted here that in Malaysia, Hong Kong and Singapore and many other countries adultery is not punishable at all. In Pakistan and most Islamic countries, adultery can be punishable with death and very harsh punishment is inflicted. In most of the states of USA it is either not punishable or both the parties indulging in adultery are equally punished and there is no gender discrimination. In Philippines it is the married woman who is alone held accountable.

It is immensely hurting to note that successive governments at the Centre inspite of being fully aware of the ground reality have shown no interest in addressing it. This is most unfortunate. Centre must take the initiative at least now and immediately amend Section 497 to meet the present circumstances. This is the least that needs to be done in this regard. I fervently hope so.

Tabassum Baig is pursuing a PhD in Law.