According to the report, availability of slots at big airports, slowing down of traffic, crowding of airports are some of the major hassles that could clip the wings of UDAN. 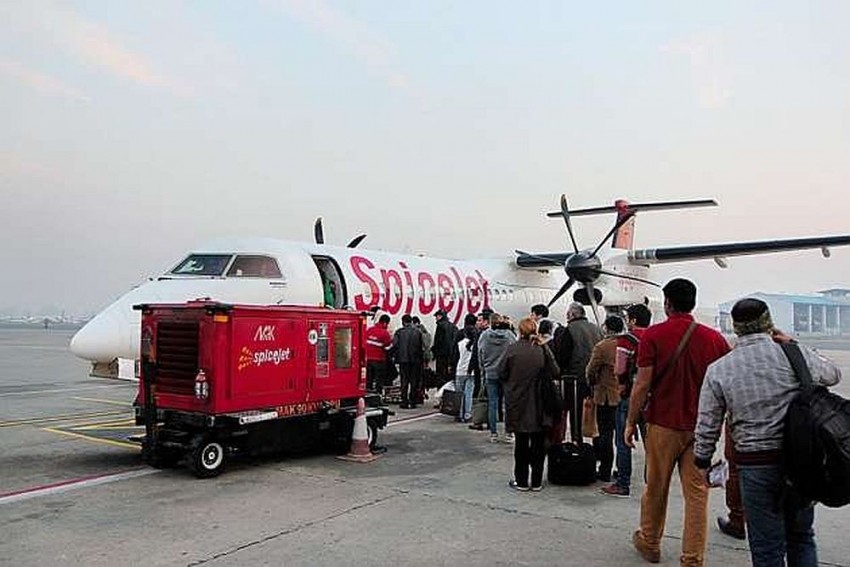 Representative Image
Outlook Web Bureau April 27, 2017 00:00 IST UDAN Has Taken Off But These Could Work Against The Grand Scheme For Regional Connectivity 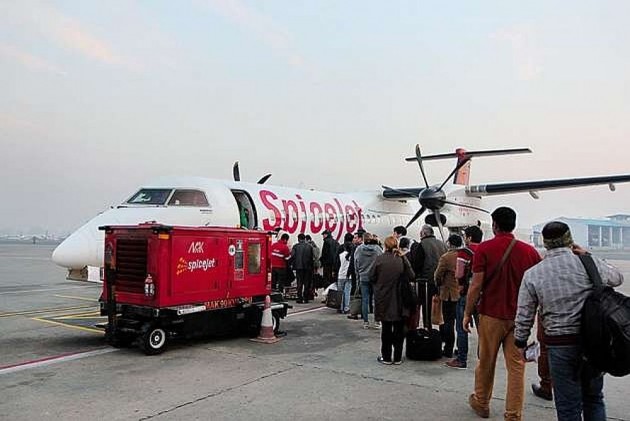 Prime Minister Narendra Modi flagged off Shimla-New Delhi flight, the first flight under government's regional connectivity scheme or UDAN, and the aviation grid is set to become a lot busier.

The new Regional Connectivity Scheme (RCS), or Udan, will string together smaller towns and cities like, Pantnagar, Bikaner, Agra, Kanpur and Pathankot on the Indian aviation network. Outlook’s Arindam Mukherjee had earlier reported extensively on the snags that may affect the working of UDAN.

According to article in Outlook magazine, availability of slots at big airports, slowing down of traffic, crowding of airports are some of the major hassles that could clip the wings of UDAN.

First, at the larger airports, slots are just not available. Mumbai, for instance, has no slots currently available, while Delhi has very few—even those at odd hours that may not suit regional airlines. And it would be tough to replace a large plane to accommodate a smaller RCS aircraft.

Also, small and slow-moving aircraft flying between larger ones slow down the entire traffic, affecting efficiency and timeliness of the entire chain of airlines, given that the runway occupancy time for smaller aircraft is more than larger aircraft. The Association of Private Airport Operators says the timing of flights has to suit small towns and depends on slots they get at large airports. “But it is difficult to get slots at large airports like Delhi and Bangalore in peak hours,” notes its secretary-general Satyan Nayar.

Air Deccan and SpiceJet feature among the five airlines selected to connect 43 airports on 128 routes across the country.

Also, unlike in many other countries, India does not have second airports in major cities to take traffic from regional carriers. Air India’s former executive dir­ector Jitender Bhargava points out that no separate terminals exist for regional or low-cost carriers. “How will high airport charges be accounted for in metro airports within the Rs-2,500 cap? Who will reimburse a Delhi airport for landing charges?” he asks. “On the one hand, you have a congestion charge for large airports. On the other, you give freebies in the name of regional connectivity.”

Large metros need a second airport for general aviation and RCS flights. But that will take four to five years to happen given the changes of land acquisition and myriad permissions. The Navi Mumbai airport in Mumbai is still at least three years away, while a proposed one at Jewar near Delhi is not even in planning stage. So to begin with, RCS flights may have to be allocated non-peak hours.

Importantly, the cost of running smaller aircraft is higher than that of larger aircraft. Also, returns per passenger are low as compared to larger aircraft. Hig­her maintenance cost is another issue. Says Amber Dubey, partner and India head (aerospace and defence) at KPMG: “In smaller aircraft, the fixed cost of crew salary, leases and maintenance are spread over a smaller number of seats. Hence the cost per seat goes up as the aircraft size reduces.” Under RCS incentives, he notes, the 48- and 78-seaters appear to be highly profitable. “Smaller aircraft of 9 and 19 seats capacity may have to use innovative strategies to ensure viability.” How will they, for instance, pay the pilots anything less than what is being paid for large aircraft?

Some experts question the governme­nt’s very app­roach in the scheme to bring in regional connectivity. Says aviation consultant Mark Martin, CEO, Martin Consulting: “The whole Udan ini­tiative is cock-eyed and fundamenta­lly flawed, as you are creating connectivity through a subsidy scheme. The very fact that you are bringing in subsidy to show viabil­ity is a disaster—for, viability of regional airlines depends upon ext­ernal factors like fuel costs, currency fluctuations and imports.” Also, he says, viability of small aircraft is based on the number of hours it flies. The more a small aircraft flies the more money it makes. So they have to make the aircraft available to fly throughout the day and that may not be possible especially to larger airports where time slots are not available.

Viability will also come if there is enough traffic from a particular station. And that might not happen as the fare may still be higher than train or road opti­ons for a majority of travellers. Only business circuits may have good traffic. The Delhi-Agra route, for instance, has excellent road connectivity and might not have takers for flights. The other issue is that since many of the airports have not seen any flights, they are merely airstrips without any airport infrastructure that needs to be built. It will take a long time if all the stations were to be developed.

Martin says he gives the scheme six months to a year, after which it will bec­ome unviable. The government, of course, has high hopes—and feels that traffic will come from the small cities and justify its plan to make it a success. But the real success of the scheme will come in when the loose ends are tied. And that will take time. International experts, though, are hopeful that India will become one of the largest aviation markets in the world in the next few years, courtesy increased connectivity. And that is towards what the government is working. The next six months will be decisive. Some of the airlines in RCS have the experience and resources to bring in results. Perhaps they will lead the way to make it a success.