The Sour Taste Of Victory

Rather than doing good, this series is likely to harm the Indian team in the longer run. 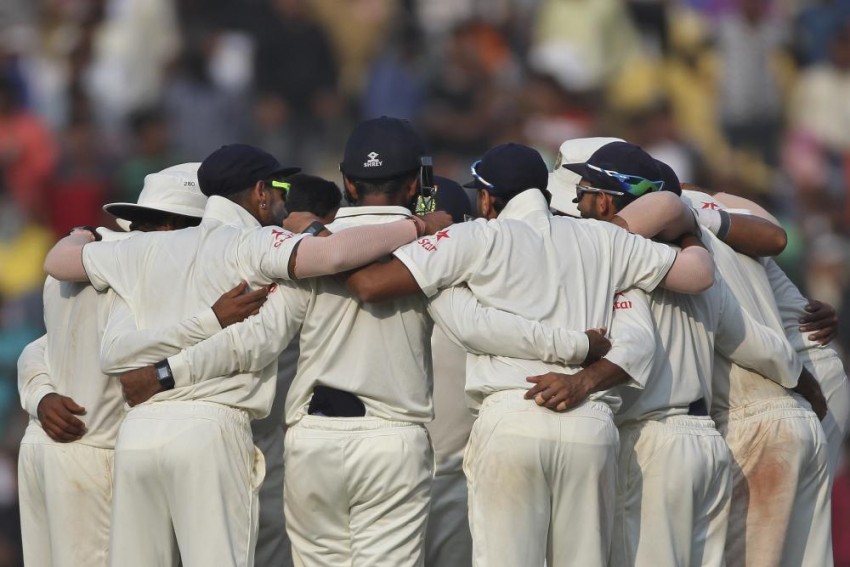 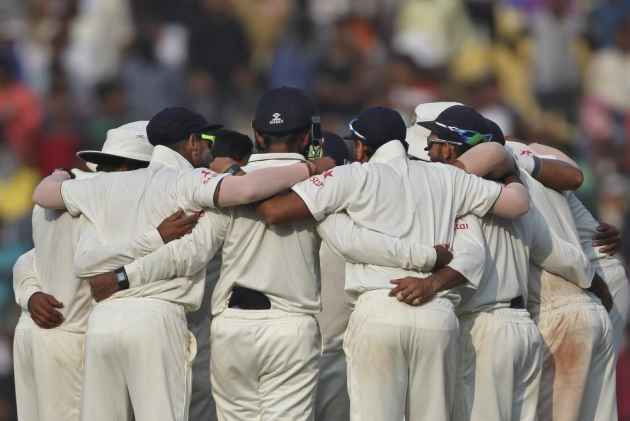 India has won the series 2-0 against South Africa with one Test yet to be played. This is only on the expected lines and no serious votaries of cricket are surprised at all. In fact, the margin could have been 3-0 if the second Test in Bangalore had not been disrupted by rain. The chances are India will win the fourth and final Test, starting in Delhi from December 3, as well

But the stark reality is not many Indian supporters are celebrating. On the contrary, more and more are actually sympathising with the Proteas. Nothing can be more shocking for both the Board of Control for Cricket in India (BCCI) and the think tank, comprising in the main director Ravi Shastri and captain Virat Kohli, of Team India.

It may be India's right, being host, to play on pitches that suit its bowlers more. But the kind of dustbowls dished out to help Ravichandran Ashwin and company is just not acceptable. It has reduced the series between the two otherwise highly competitive teams to a farce with only spinners enjoying the lion's share.

Cricket is a contest between the bat and the ball. And Test cricket is a true test of a player's different skills. But the designer pitches have robbed the ongoing series of the very element of contest. Batsmen are seen eternally struggling for survival at the crease and the Indian fast bowlers in particular are relegated to the backburner.

The wicket was so horribly unplayable in the crucial third Test in Nagpur, which witnessed four completed innings, that the highest individual score was just 40. "This pitch in Nagpur is nothing short of diabolical for Test cricket," tweeted former England captain Michael Vaughan. And to think it was prepared to last five days, just like the wicket for the first Test in Mohali.

But both in Mohali and Nagpur the visitors lost within three days. Things would not have been different in Bangalore either. The Proteas were bowled out for 214 and the Indian openers had made 80 runs without being separated at the draw of stumps on the first day before the rain began creating havoc.

It makes no sense to argue, as Ashwin did, that only four months ago the fourth Ashes Test at Trent Bridge — where so much bounce, seam and swing were on display — had ended in a shade over two days with Australia losing by an innings and 78 runs. There were enough runs in the wicket as Joe Root (130), Jonny Bairstow (74) and other England batsmen demonstrated.

It was pure genius of Stuart Broad (9.3-5-15-8) with the new ball that sent Australia packing for 60 before lunch on the opening day. (Ironically, he still failed to take 10 wickets in the Test as he managed to claim a solitary one in the second essay despite bowling 16 overs.) What one witnessed at Nottingham was certainly not a mockery of Test cricket as seen in Nagpur in particular.

Home advantage is a grossly misinterpreted and misused term. It may be giving you certain benefits, including preparing wickets of your choice, but it does not entitle you to kill cricket as a contest. The series triumph over South Africa has only statistical value and no historical importance in the eye of genuine connoisseurs of cricket.

History will give it only a footnote mention and remember it as a series played on dustbowls to destroy the South Africans, many of whom appear to be clueless against spinners. More than one former Indian cricketer has stated that Ashwin is too great a spinner to need dustbowls for success. He may not be so successful on normal wickets, but he can still be quite effective.

Maybe his partner Ravindra Jadeja requires designer pitches for success. He returned to the Indian team for this series on the strength of his rich harvest on such wickets in the current Ranji Trophy season. Relegated to Group C, host Saurashtra prepared dustbowls for its first three matches against Tripura, Jharkhand and Hyderabad in Rajkot.

And left-arm spinner Jadeja made the most of them, taking 11 wickets against Tripura and 13 each versus Jharkhand and Hyderabad respectively. But he came a cropper in Saurashtra's fourth match, against Services, and managed to bag a solitary wicket simply because it was played on a good, sporting pitch at Palam A Ground, Modern Sports Complex, Delhi.

However, offered dustbowls against South Africa and Jadeja was back in his element. This proves only one point: Indian spinners will keep dominating on wickets conducive to their bowling but they may have to struggle on less helpful pitches overseas. For all his dazzling success on designer pitches at home, Harbhajan Singh was often reduced to a club-like spinner abroad.

Shastri and Kohli have relied on India's tried and tested formula of hosting Test series on dustbowls with a three-pronged spin attack supported by a cordon of close-in fielders. Ajit Wadekar, Tiger Pataudi and Bishan Singh Bedi did the same in the 1970s when India did not have a single world-class fast bowler to speak of.

Probably they had no other option but to choose such a strategy. And considering they had only two world-class and reliable batsmen, Sunil Gavaskar and Gundappa Viswanath, they appeared to have only that alternative. Though the formula did not always work simply because India's opponents were usually stronger, it brought some remarkable success nevertheless.

Doubtless, Australia and South Africa dish out flyers, and England and New Zealand seaming tracks, but they are seldom or never under-prepared wickets. They offer equal opportunities to batsmen and fast bowlers. And class spinners like Shane Warne and Graeme Swann would also succeed on such pitches. But most Indian spinners, barring a few, often get exposed on them.

The designer Indian pitches often turn out to be a double-edged sword for our spinners. It may fetch plenty of wickets even to mediocre tweakers when they bowl to a set of batsmen vulnerable against spin bowling, but it also gives them false confidence. And it proves true more often than not when they play abroad.

Rather than doing good, this series is likely to harm the Indian team in the longer run. Among other things, there will be greater expectations from the spinners, which they are unlikely to live up to, when they play away from home. But the BCCI, as well as the new Test captain, hell-bent on winning and improving India's success ratio, appear to be least bothered.

The joy of winning is always very special. And so is the taste of victory. Both are enjoyable only when achieved after meeting a true challenge and emerging triumphant from a well-fought contest. What is the point hunting a caged tiger or a bird whose wings are already clipped? The BCCI appears to have lent credence to the growing belief that the Indian team can win in its backyard only.

Why Is India A Cricketing Failure??