In the midst of all the unsavoury allegations, the image of the Karnataka Lokayukta's office has taken a beating. 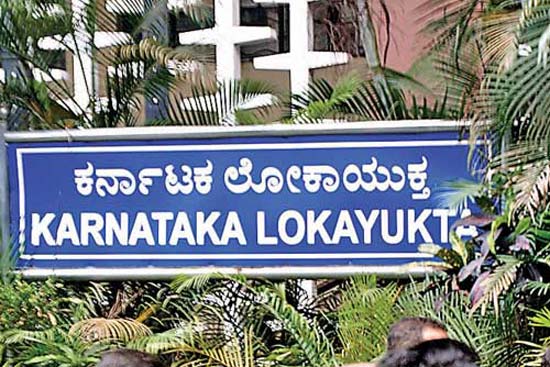 Around this time four years ago, the Karnataka ??Lokayukta's office in Bangalore was abuzz with activity over a damning report o??n iron-ore mining that was to later unseat the state's then Chief Minister B S Yeddyurappa and put the powerful mining magnate G Janardhana Reddy behind bars. That was when the ombudsman was at its peak in a quarter century of existence.

There is a similar buzz now, only this time the anti-corruption agency that prided itself on being the model for the rest of the country is facing its ugly moment. Justice Y Bhaskar Rao, a former Chief Justice of the Karnataka High Court who took over as the Lokayukta in 2013, is up against an allegation that his son was involved in an attempt to extort money from a government official on the threat of a corruption case.

Ever since the allegation surfaced, there have been voices claiming that corruption of this sort has been rampant within the agency for the past few months. Over the past week, there have been demonstrations by political parties and lawyers and a call by several prominent people for Rao to resign. Besides, the ??Lokayukta was seen to be at odds with his deputy over a probe into the extortion allegation.
??
??In the midst of all this, the image of the institution has taken a beating. "For a man who has worked in that institution for 5 years and knowing what good that institution can do, I'm totally disappointed," says N Santosh Hegde, who was Lokayukta from 2006-11 and had led the mining investigation. "Never before was a finger shown at the institution to say you are corrupt. If the guilty people are punished I think the reputation of the institution can survive, otherwise it is very difficult." While Hegde says Rao should have stepped aside to allow an investigation, he also feels that the state government — which was requested by Rao to entrust the job to an independent agency — ought to have handed over the probe to the Central Bureau of Investigation (CBI) rather than setting up a special investigating team of police officers. "Information is coming that many people were running around like touts in the institution of Lokayukta. Nobody could have ever thought that it will stoop to this level," he says.

The allegation surfaced in early May with an oral complaint made by an executive engineer that he was summoned to the anti-corruption agency by a man who demanded a bribe of Rs 1 crore, threatening to implicate him in corruption cases if he didn't pay up. The police superintendent Sonia Narang who received the complaint reported the matter to higher-ups. It turns out that two probes were ordered separately, one by Rao who apparently directed a Lokayukta IGP to investigate and a subsequent one by his deputy Upalokayukta Subhash B Adi — who was petitioned by some activists — asking Narang to inquire. Rao then decided to refer the probe to the city crime branch head who recused himself citing a conflict of interest.

"The question of resigning does not arise. I will see that everything is settled and the guilty will be punished, whoever it is including my son," Rao told reporters on Tuesday, when the state government announced the setting up of a special investigating team on his request. But things, however, have moved at a quick pace after that. Ashwin approached the Karnataka High Court on Wednesday apprehending that the investigation ordered by the Upalokayuktha may be directed against him, even as an FIR naming him was being filed by Lokayukta police on the basis of the findings of the inquiry ordered by Upalokayukta.

The court has ruled that there was no provision for both the Lokayukta and Upalokayukta to investigate the same issue and, considering the nature of the complaint, the probe by an outside agency would be appropriate. "In order to avoid conflicting findings, it is appropriate that both Lokayukta and Upalokayukta shall not direct any in-house investigation and await the report of the Special Investigating Team appointed by the state of Karnataka in this regard," said the order.

"This is the only Lokayukta institution which has made a mark internationally as an anti-corruption bureau. In such a premiere institution, if there is an allegation against someone at the highest level, it sends a very wrong signal," says Justice Adi, explaining that there was no rift between him and the Lokayukta. "I do not see any rift. When it comes to the institution, we must clear this thick air of suspicion."

Karnataka's ombudsman has seen controversy earlier. Santosh Hegde's successor Shivaraj V Patil resigned a few months after taking charge in 2011 when questions were raised about two housing plots owned by his wife and him. The government's subsequent nomination of another retired judge to the post was rejected by the state's Governor citing procedure. It wasn't until a year later that Y Bhaskar Rao was appointed as the Lokayukta.

So, has the institution been on the decline? "If there is a decline, which I think there is, then the person heading the institution is responsible for that," says Santosh Hegde. The issue, clearly, does not look as though it will die down in a hurry.