But not yet the war. The liberal forces in Bangladesh have asserted themselves dramatically. The extremists have suffered a set-back, but not a defeat. 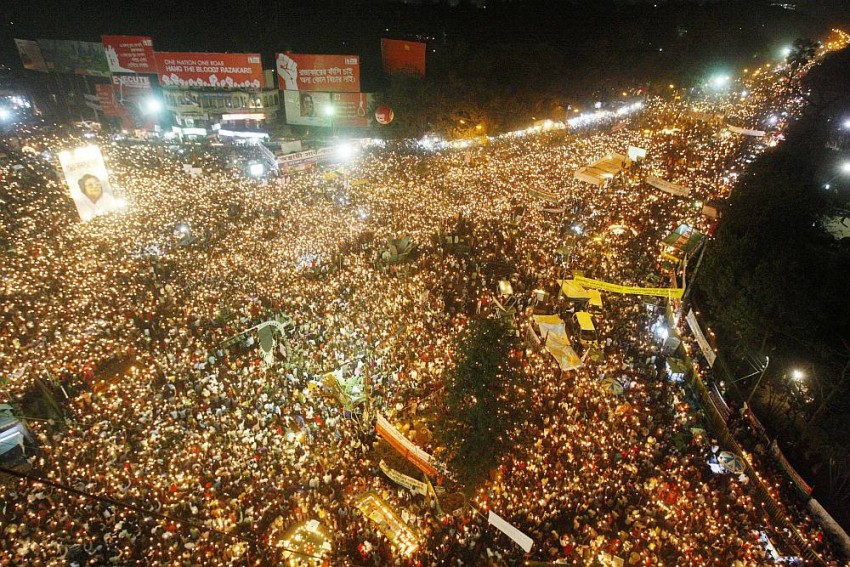 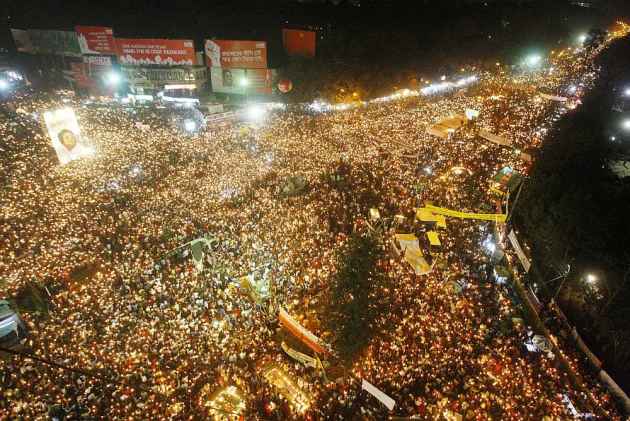 The Shahbag movement of Dhaka, which is also referred to as Bangladesh Spring, has been like the Tahrir Square movement of Egypt (2010), a spontaneous uprising of the youth of Dhaka demanding the death penalty for leaders of the Jamaat-e-Islami (JEI) of Bangladesh presently under trial before an international criminal tribunal for their role in opposing the liberation movement of Bangladesh in 1971, collaborating with Pakistan and carrying out the massacre of a large number of civilians, including well-known intellectuals, for supporting the liberation.

Like the Tahrir Square movement, the Shahbag movement, named after a locality in Dhaka where it started on February 5, 2013, is an icon-less movement triggered off by spontaneous public (mainly the youth) anger and outrage over the non-award of the death penalty to a prominent leader of the JEI and imparted momentum through social media networks. But, whereas the Tahrir Square movement was against the dictatorial rule of the Hosni Mubarak government and not against Islamic extremism, the Shahbag movement has been against the JEI and other Islamic extremist groups, which tried to impose their stamp on the liberal society of Bangladesh.

Whereas the Muslim Brotherhood of Egypt has been an ultimate political beneficiary of the Tahrir Square movement, if the Shahbag movement maintains its momentum and succeeds, it could mark the triumph of liberal political forces in Bangladesh over the Islamic extremist elements with close links with Pakistan.

Even the mainstream political parties of Bangladesh, including the Awami League of Sheikh Hasina, which has been a relentless opponent of the JEI, and the Bangladesh Nationalist Party of Begum Khalida Zia, which has been a political ally of the JEI, were taken by surprise by the spontaneous Shahbag movement and the demand of the youth not only for death penalty to the war criminals of the JEI, but even for a ban on the JEI and other Islamic extremist groups.

The mainstream political parties had totally underestimated the depth of the hatred of the youth of Dhaka for the Islamic extremists. Their ill-concealed attempts to take advantage of the mass uprising for their political benefit have been rebuffed by the youth, who are not prepared to be co-opted by any of these parties.

While traditional liberal forces in Bangladesh and in the international community, including India, have reasons to be gratified by the mass movement spearheaded by the enlightened youth of Dhaka against Islamic extremism and for justice to those who were butchered by these elements in pre-1971 East Pakistan, it is still uncertain how the movement will evolve and where it will ultimately lead Bangladesh to.

While wishing success to the movement, one should avoid wishful-thinking that the movement will finally bury the JEI and other Islamic extremist forces which have managed to survive 1971.It is still largely a Dhaka movement confined to the intellectuals and the working class. The JEI never enjoyed much popularity among these elements.

The JEI drew its following largely from among the peasants in rural Bangladesh. There are no reports of the rural youth rallying against the JEI. The JEI’s support base in the rural areas consists not only of the little-educated and impoverished peasant class, but also of the die-hard core of jihadi elements belonging to organizations such as the Harkat-ul-Jihad-Al-Islami (BD), which had fought along with the Afghan Mujahideen, the Taliban and Al Qaeda in Afghanistan before 9/11. The successes scored by the BD intelligence and security forces against the jihadi forces after Sheikh Hasina returned to power have definitely weakened them, but not rooted them out of rural Bangladesh. The JEI, which is not presently in a position to retaliate against the youth of the Shahbag movement on the ground, will focus on rallying its rural supporters and cells in order to maintain Islamic extremism as a relevant force in BD. It is already trying to discredit the Shahbag movement psychologically in the minds of the people by projecting the youth organizers as anti-Islam and atheists.

The JEI will also try to target the Hindu minorities in order to create a diversionary movement. One can be reasonably certain that the government of Sheikh Hasina and her intelligence agencies and security forces would be aware of the tactics that the JEI would use to tire out the Shahbag movement and create new pockets of polarization in the BD society. It is a matter of gratification that the security forces have been confronting the JEI and other extremist forces with determination in the rural areas. This would indicate that the JEI and its allies have not been able to penetrate the security forces so far in any substantial degree.

Bangladesh society has extremist forces of two vintages— the pre-1971 vintage constituted by the pro-Pakistan JEI and its allies and the post-1971 vintage constituted by new Islamic organizations such as the Hizbut Tehrir (HT), which advocate an Islamic Caliphate to be achieved through penetration and not through violence. The HT has been active in Bangladesh too, but it has been lying low in the present situation. It will try to benefit ideologically from the present movement against the JEI.

The liberal forces in Bangladesh society have asserted themselves dramatically, but one cannot take for granted their ultimate success. Islamic extremism of different hues will continue to be a danger to be reckoned with in Bangladesh society. Any over-confidence of the liberal forces that they have given a death-blow to the Islamic extremists will be unwise. The extremists have suffered a set-back, but not a defeat.