Does the Burgman Street warrant its Rs 9,000 premium? 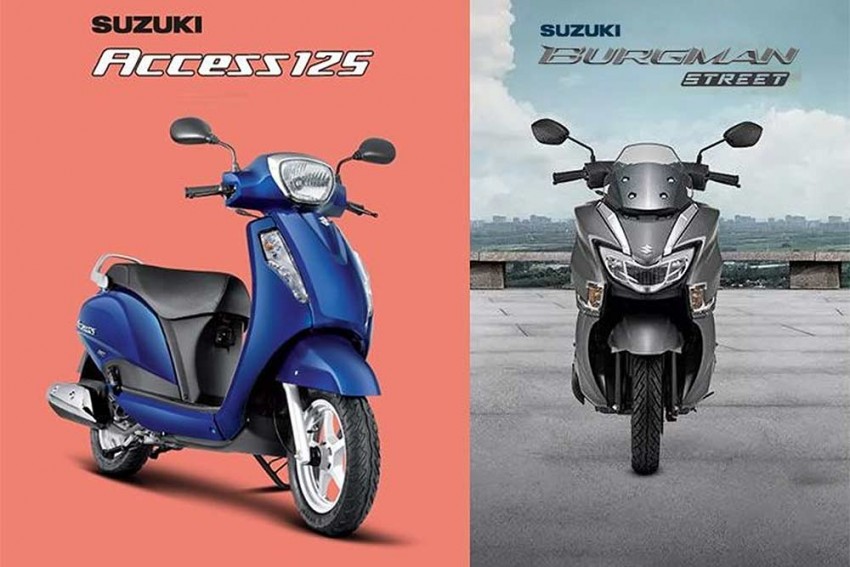 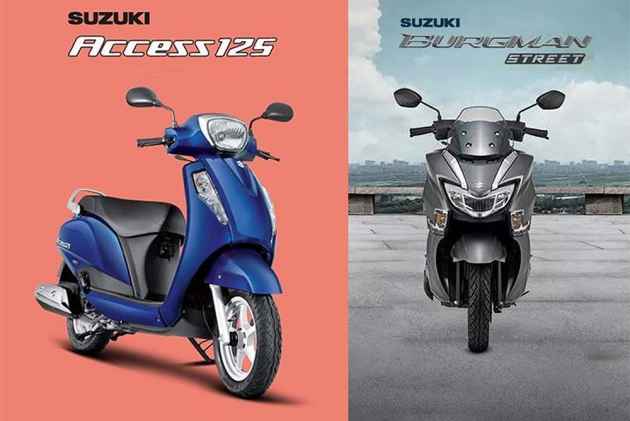 Suzuki’s Access has maintained its position as one of the highest selling 125cc scooters in India but lately, it has faced some stiff competition from the new breed of scooters which are stylish, feature-rich and within everyone’s reach. Suzuki has taken stock of the situation and come up with an all-new design, the Burgman Street, which is based on the mechanicals of the Access 125. However, the Burgman commands a premium of around Rs 9,000 over the Access 125.

So, we put them side by side to see what you get for the extra dough. 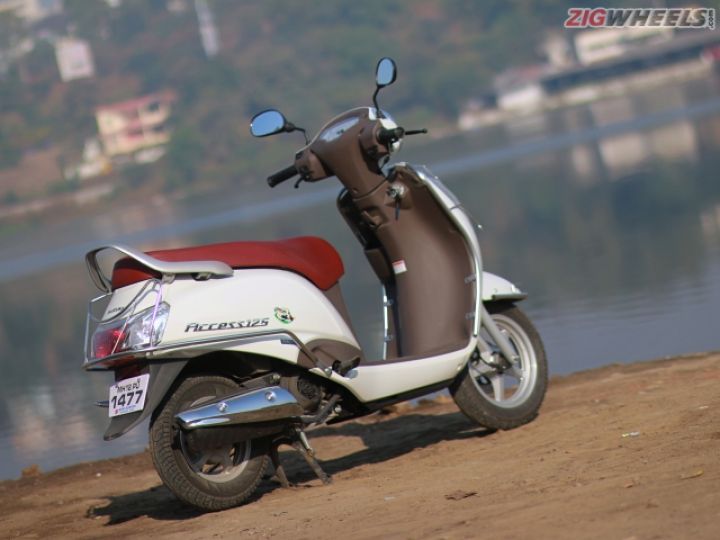 Compared to the current generation of trendy-looking scooters available in the market, the design for the Suzuki Access is quite bland. Furthermore, considering that the rear panel sweeps back, the horizontal exhaust that runs alongside looks really odd. That said, its angular lines, chrome-garnished headlight and apron-mounted turn indicators do give it some breathing space, but not enough to keep the competition away for long. But now, Suzuki has turned over a new leaf with the design of the maxi-styled Burgman Street. 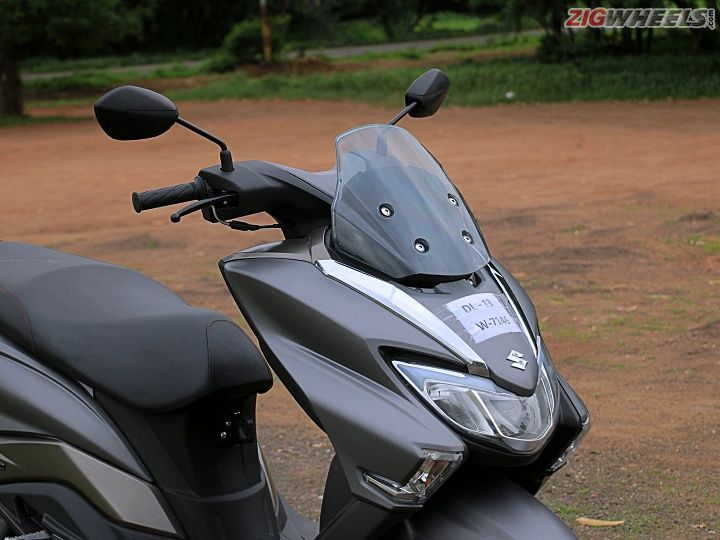 The Burgman Street keep true to its European counterpart’s design language, and, although its sharp lines and proportions had mixed reactions in pictures, the scooter does look visually appealing in person. Core focus lies in the imposing front apron which neatly encompasses the all-LED headlight and a flyscreen which sits atop. 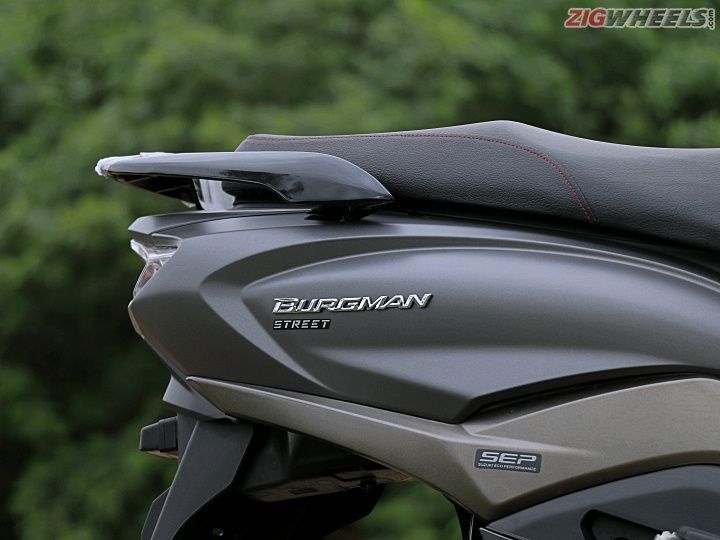 Targeted towards a family-oriented audience, the ergonomics of the scooter have a huge role to play here. Hence, special emphasis has been put on the uniquely designed handlebar, stretched out floorboard and wide stepped seat which makes for a relaxed and comfortable ride. Panning to the rear, the chunky muffler, sculpted rear panels, thick grabrail and the gorgeous looking LED tail light flow well with the overall design. Taking into account the sheer bulk of the scooter, the skinny rear tyre does look out of proportion.
Features - 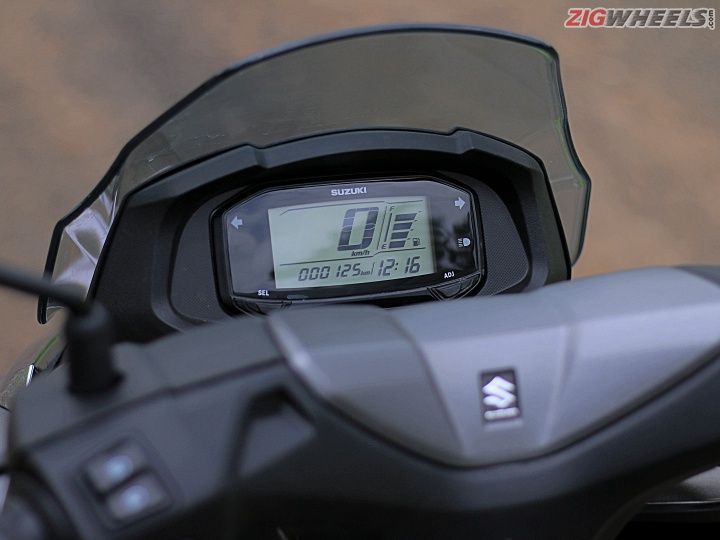 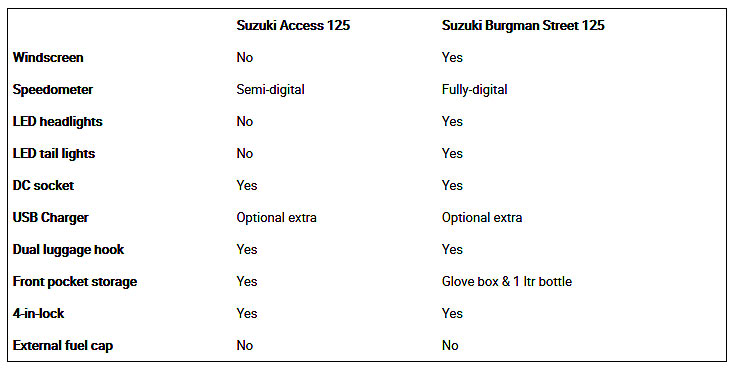 The Rs 10,000 premium over the Access does get you some extra benefits. The Burman Street earns some extra brownie points for its all-LED headlight and tail light. Notably, the headlights offer decent throw and spread at night time. The Burgman also features a fully digital instrument console derived directly from the Gixxer; however, the console only offers essential readouts. 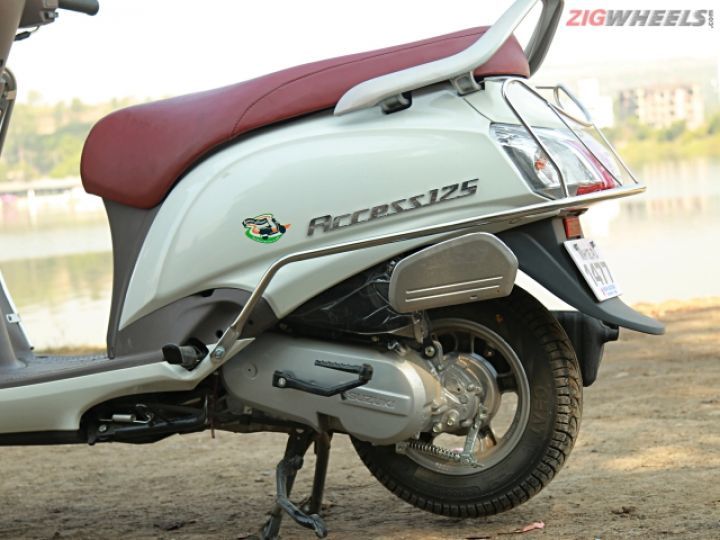 The Burgman Street shares the same 124.3cc engine as the Access, which is expected to produce 8.7PS of peak power at 7000rpm and 10.2Nm of torque at 5000rpm. Oddly enough, our road test review felt otherwise. The Burgman Street seems to be a lot more refined and a much smoother ride overall. Its power delivery is more linear than the Access, which is most happy in the mid-range. To our surprise, the Burgman proved to be more practical in terms of fuel efficiency as well compared to its sibling. It managed to deliver a mileage of 54.9kmpl in the city and 54.7kmpl on the highway while the Access offered 51.3kmpl and 52.7kmpl respectively. 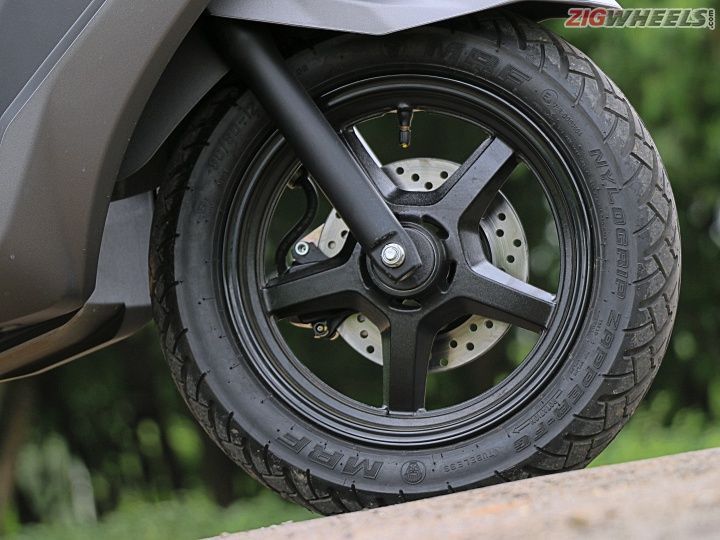 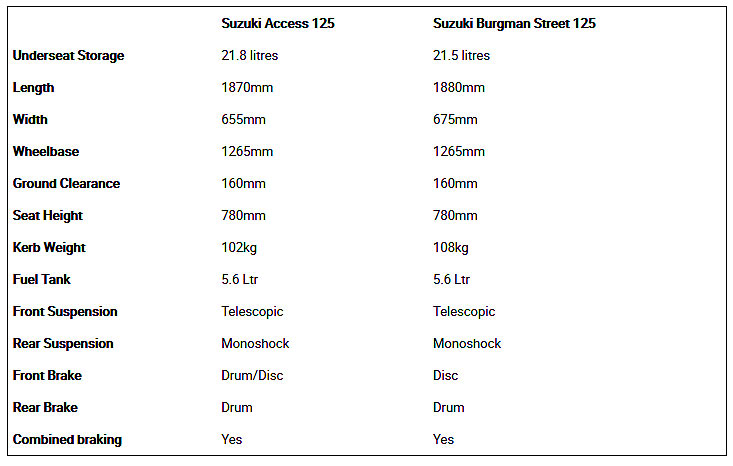 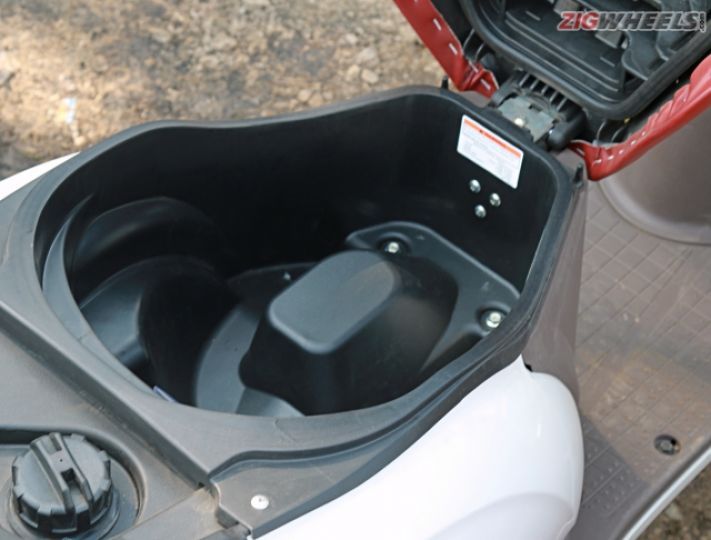 Essentially, both the scooters share the same mechanicals, though the Burgman does fall short in the under seat storage department by 0.3 litres. As for the suspension on the Burgman, it felt a bit on the stiffer side but not uncomfortable in any way. Braking isn’t great either as it lacks feel and bite, although CBS, which comes in as standard, helps shed speeds safely. The extra bulk does add to the weight of the scooter, which means the Burgman Street is 6 kgs heavier than the Access 125. However, despite the weight, the Burgman feels nimble on its feet and zipping around in traffic isn’t a problem. 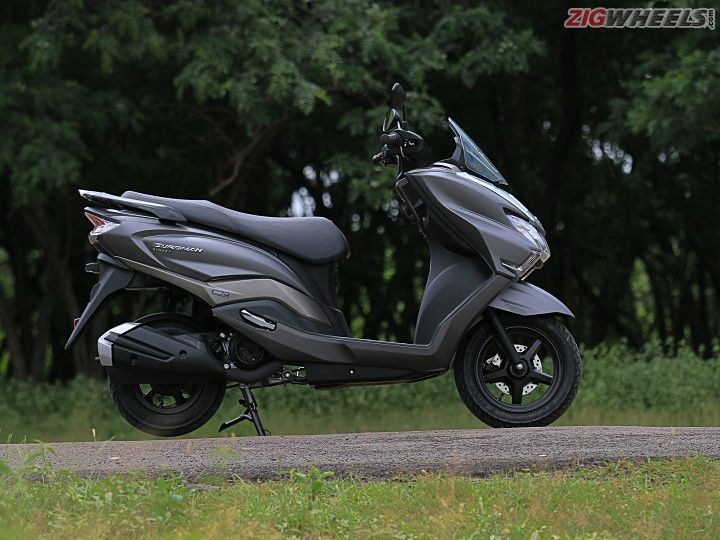 And then we have the most important question of all: Which one should you get? We'd choose the Burgman Street as it’s a well-rounded package, and apart from practicality, looks, comfort and features, you also get premiumness for the extra cash.