Zlatan Ibrahimovic Breaks Down In Tears: I'm Human, Even Though I'm Superman - VIDEO

'I'm human, even though I'm Superman,' said Zlatan Ibrahimovic as he explained the difficulty of leaving his family to join up with Sweden 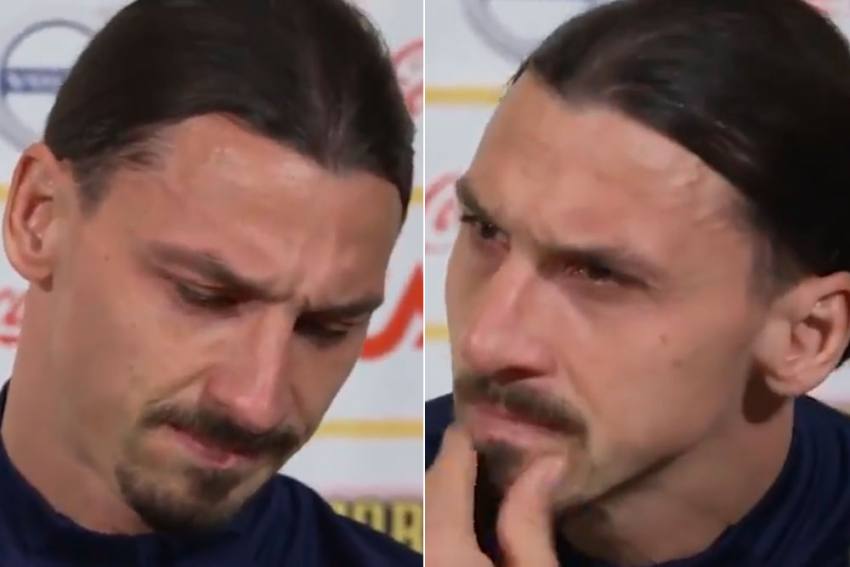 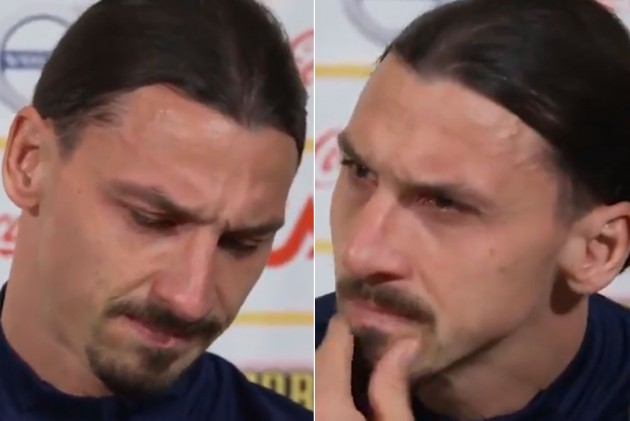 Zlatan Ibrahimovic broke down in tears at a media conference on Monday after revealing his return to the Sweden squad has not been easy for his family. (More Football News)

The Milan striker was recalled by Janne Andersson for this month's World Cup qualifiers against Kosovo and Georgia, plus the friendly with Estonia, paving the way for him to potentially play at Euro 2020.

He celebrated his first call-up in nearly five years by posting a picture on Twitter of himself in a Sweden shirt with the caption: "The return of the God."

Ibrahimovic, who turns 40 in October, is Sweden's all-time leading scorer with 62 international goals, the last of those coming against Denmark in November 2015.

Speaking at a media conference on Monday, an emotional Ibrahimovic revealed the difficulty of leaving his family to join up with the national team.

ðÂÂÂÂ£ "I had Vincent here who really cried when I left him. But now it's okay." âÂÂ¤ï¸ÂÂï¸ÂÂðÂÂÂÂ¤pic.twitter.com/ZXxNntzYFQ

"I had Vincent [his son] here, who was actually crying when I left him. But it's okay...," he said, before breaking off in tears.

"This takes time away from my family and it's not an easy thing. If you have two kids crying every time you leave them, it's a bit hard. I'm human, even though I'm Superman.

"They are very proud."

Ibrahimovic has impressed in Serie A this term with 15 goals in as many matches, and the ex-Manchester United and Paris Saint-Germain striker believes he can still make an impact on the international stage.

"I'm just a piece of the puzzle, among many pieces. I'm here to do better, if Janne thinks I can,” he added.

"If you ask me, I'm the best in the world, but that doesn't help me much here. I've promised to decide matches, so now it's up to me!

"I'm just glad I'm here. I'm proud, I'm not demanding anything and I want nothing. I just want to contribute what I can. If Janne felt I cannot contribute or do what I have to do, then we wouldn't be here.

"As of today, I want to keep going as long as I can. I don't want to regret anything when I stop. That thought came into my head after the injury [in 2017].

"You should continue as long as you can with what you love. Football is what I want to do; that's what I love.