Shoaib Akhtar has always been a fan of Salman Khan, considering the number of times he has praised the Bollywood star 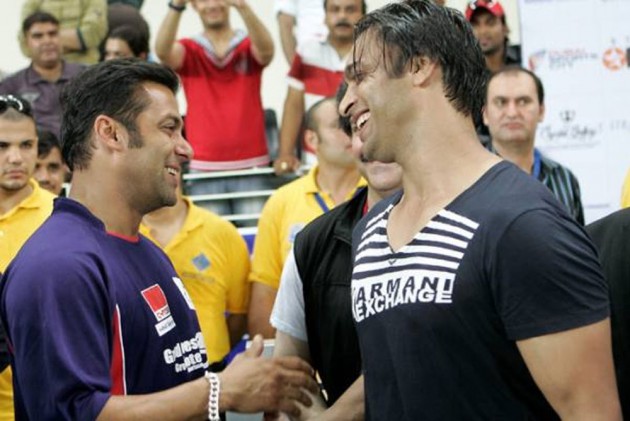 Former Pakistan fast-bowler Shoaib Akhtar wants Bollywood superstar Salman Khan to play the lead character if ever a biopic is made on his cricketing journey. (More Cricket News)

Akhtar has always been a fan of Khan, considering the number of times he has praised the Bollywood star. In 2016, he met the Bollywood actor in Dubai and tweeted a picture saying, "I really enjoyed my time with Salman Khan in Dubai. Great work is being done by his Being Human foundation."

And now, the Rawalpindi Express has stated he would like to see the 54-year-old Indian actor portray him on the big screen if a biopic was made on the former Pakistan speedster.

"If ever my biopic is made, I want Salman Khan to play the lead in it," Akhtar was quoted as saying by Pakistan journalist Saj Sadiq on his Twitter handle.

Biopic of a cricketer has the potential to attract many eyeballs as was the case when a movie on former India captain Mahendra Singh Dhoni was made few years ago.

More recently, a movie on Team India's historic 1983 World Cup winning campaign Kapil Dev was supposed to hit the theatres but had to be postponed due to coronavirus pandemic.

Akhtar represented Pakistan in 46 Tests and 163 ODIs in which he scalped 178 and 247 wickets respectively. Besides, he also played 15 T20Is for the Men in Green in which he picked 19 wickets. He is counted among one of the fastest bowlers to have played the gamne of cricket.