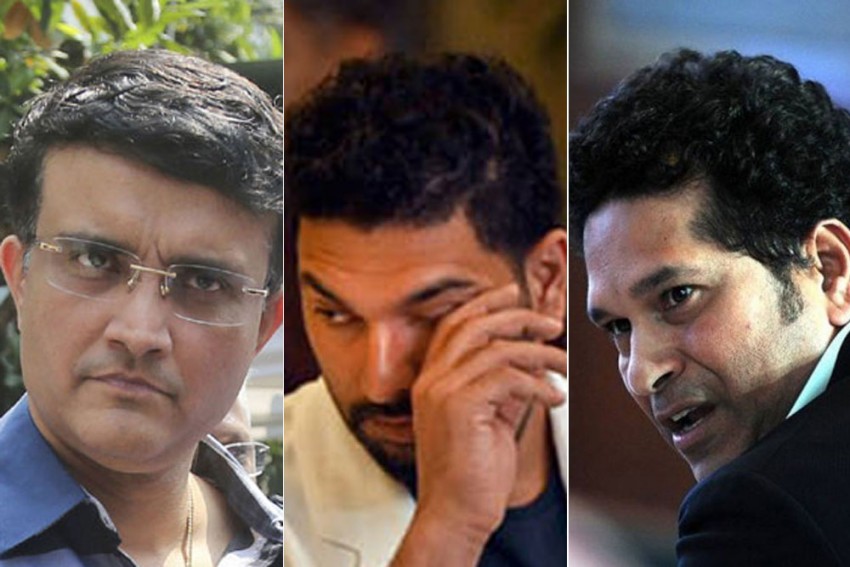 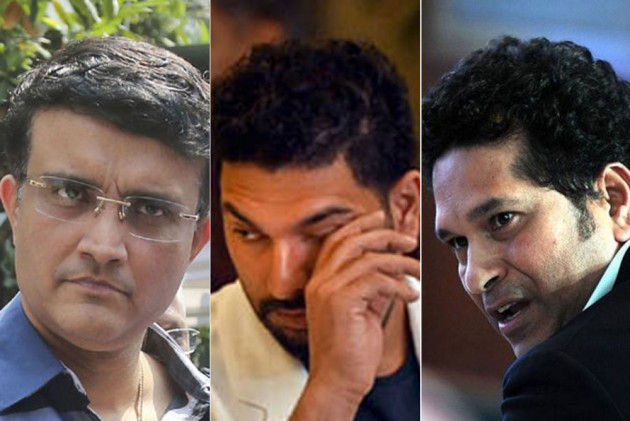 Former India all-rounder Yuvraj Singh trolled Sourav Ganguly, asking his former captain and the current president of the Board of Control for Cricket in India (BCCI) to be professional even as Sachin Tendulkar probed the fans with an intriguing question. (More Cricket News)

On Thursday, after Ganguly posted a photograph of his maiden Test century at Lord's, Yuvraj pleaded. "Dada logo to hata lo! Your Bcci president now please be professional," wrote Yuvraj.

As seen in the post, the photo posted by Ganguly contained the logo of Getty Images, and Yuvraj got the chance to troll his former captain.

Ganguly's former opening partner and batting great Tendulkar used the opportunity to probe fans.  "Is there any other instance of Dada at Lords that one can think of?" 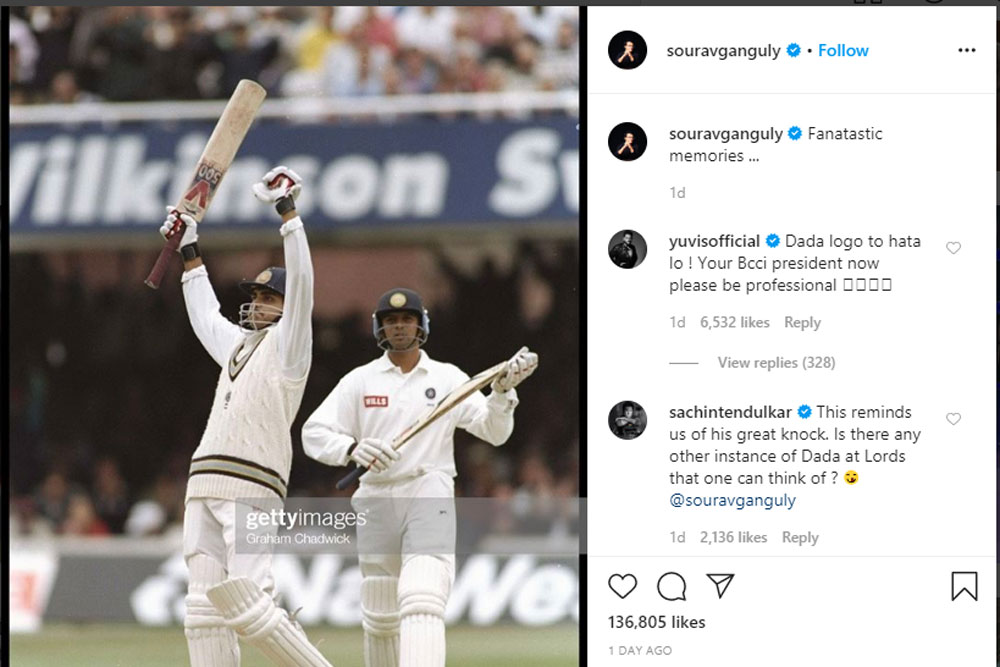 Ganguly had famously scored 131 on debut in June 1995 against England while fellow debutant Rahul Dravid scored 95 in the same innings.

But Ganguly's Lord's balcony theatrics, after India's Natwest Series win in 2002, will remain as one of the unforgettable moments in the history of the game.

In the picture, Ganguly can be seen celebrating the ton with Dravid walking towards his future captain to congratulate him.

In the years since, Ganguly became the captain of the Indian team and is credited with ushering in the likes of Virender Sehwag, Yuvraj Singh and Harbhajan Singh.