Bayern Munich celebrated winning an eighth consecutive Bundesliga at the weekend and Uli Hoeness believes more success could be on the way. 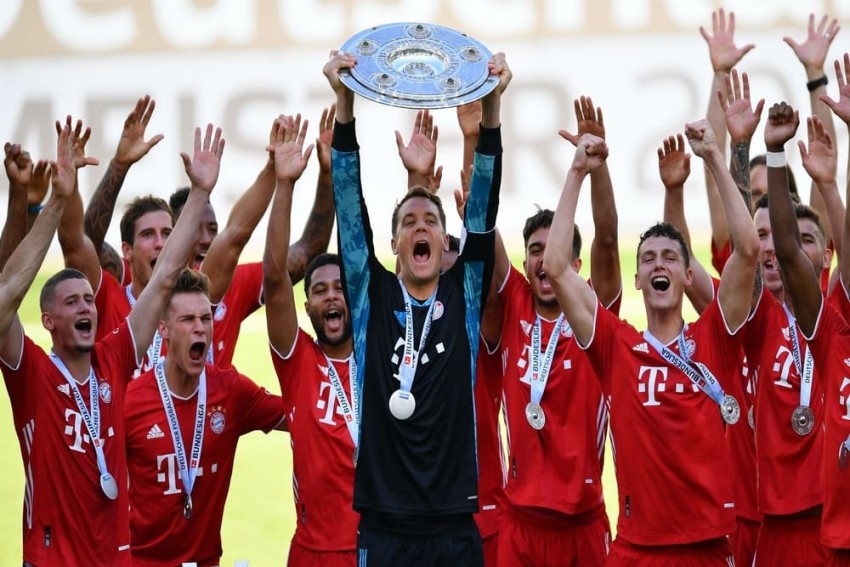 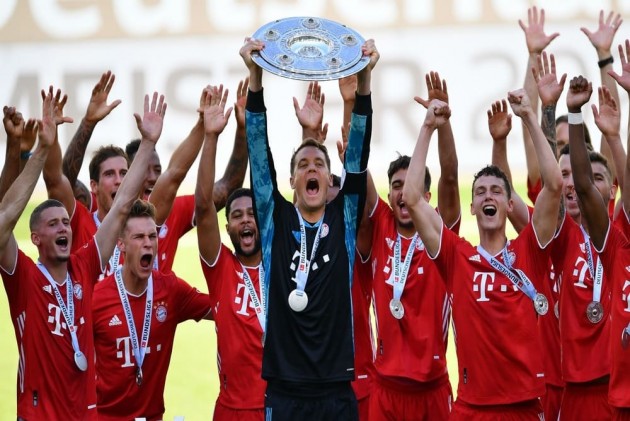 Bayern Munich could be set to match their 2012-13 treble this season, according to former club president Uli Hoeness.

Hansi Flick's side rounded off their Bundesliga campaign with a 4-0 win at Wolfsburg at the weekend, leaving them with a final 13-point margin over Borussia Dortmund at the top of the table.

This season was Bayern's eighth consecutive success in Germany's top flight – a run that began under Jupp Heynckes in 2012-13, when the club swept the board by also picking up the DFB-Pokal and Champions League.

They face Bayer Leverkusen in this season's Pokal final on Saturday, while a 3-0 advantage over Chelsea leaves them handily placed for the second leg of their Champions League last-16 tie.

"If our team can preserve this form, we have a good chance of winning everything," Hoeness told Blickpunkt Sport.

"I hope that the team can keep the rhythm.

"It is something very special to score 100 goals in a Bundesliga season. It is a sensational achievement."

It all comes down to this moment for the record champions pic.twitter.com/RFnv8dL6J0

Hoeness balked at the suggestion Bayern's dominance was an unhealthy state of affairs for German football and called on their rivals to do more.

"The others have to put in even more effort," he added.

"You can't expect Bayern to work only half a day to make the Bundesliga more exciting."