Sourav Ganguly, Nasser Hussain engage in a funny banter over 2002 NatWest Trophy, which India won after defeating England at Lord's 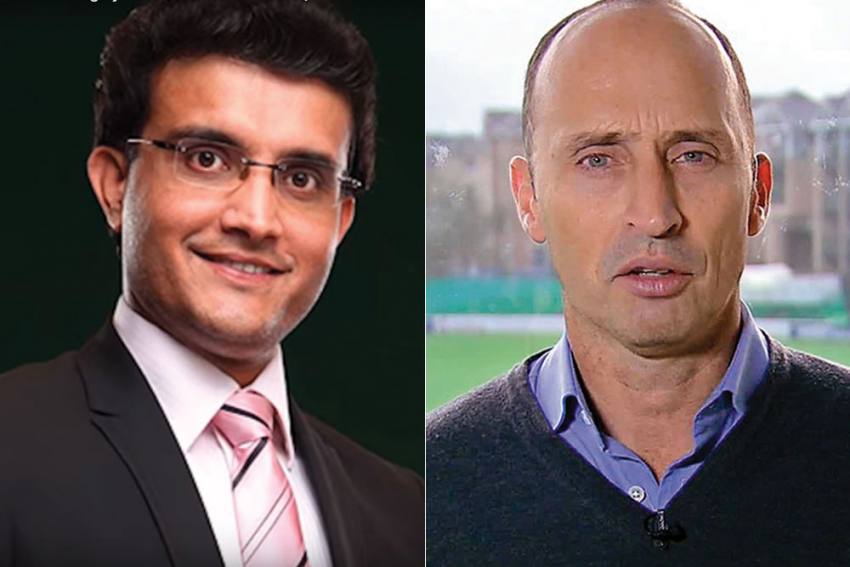 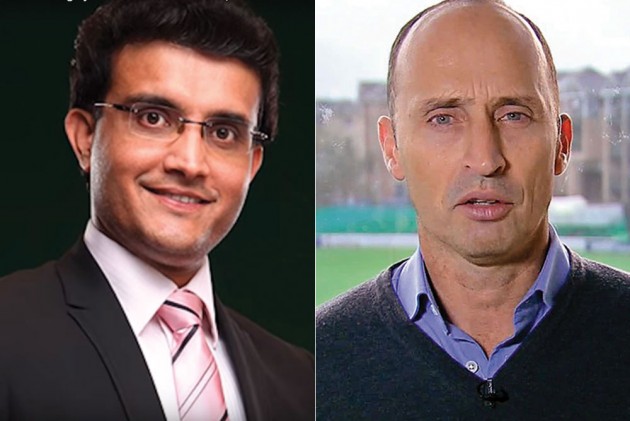 Sourav Ganguly and Nasser Hussain, respective former captains of the Indian and England cricket teams, engaged in a hilarious banter on social media over the 2002 NatWest Trophy which the Men in Blue had won in an epic manner. (More Cricket News)

"Hi Nass...when was this picture taken...losing memory with old age...need my mates help," Ganguly, while tagging Hussain, tweeted on Saturday sharing an image from the customary photo-op of that memorable 2002 series.

The former England skipper replied with a GIF where a cartoon character is seen hiding his face in the bushes.

To this, the current BCCI President responded with a GIF of a child alongwith a caption: "Young Nass, already thinking about captaincy."

Mohammad Kaif, who played a crucial role in India's historic win at the NatWest Trophy final at the Lord's, also jumped in and tweeted: "Hi Nasser Hussain. I think you called someone a 'bus driver.' And in the end we all saw Dada's 8-pack abs at the Lord's balcony."

It was on July 13, 2002 when Ganguly and his young team won the NatWest Trophy final, chasing down a steep target of 326 with three balls to spare. While Kaif played a brilliant knock of 87 not out, he was well supported by Yuvraj Singh who scored 69 and both helped India script one of the most memorable wins in the history of the game.

Following the win, Ganguly had waived his T-shirt at the Lord's balcony following -- an image which is still fresh in the minds of all the cricket lovers in India.