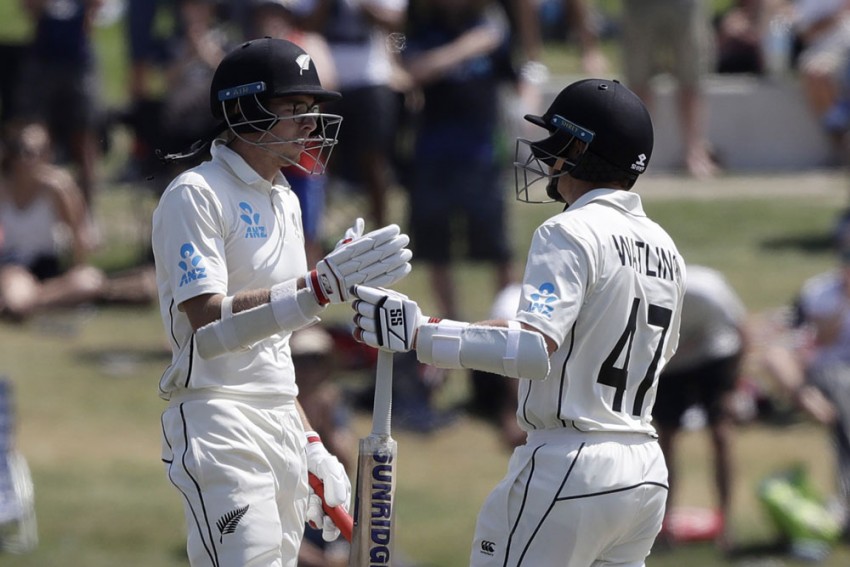 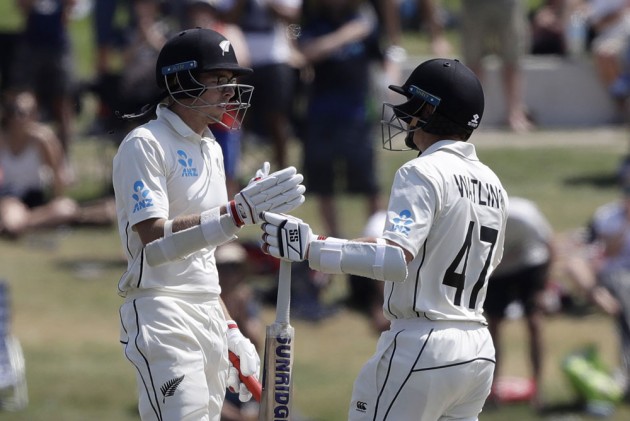 After New Zealand racked up 615-9 declared on Sunday – their highest total against England – Rory Burns (31), Dom Sibley (12) and Jack Leach (0) all fell victim to Santner prior to stumps.

England were 48-0 in the final session before New Zealand's Santner dazzled as the tourists lost three wickets for just seven runs.

It was the Watling and Santner show at Bay Oval, where the pair resumed batting with the Black Caps 394-6 at the start of the day.

Watling, who was 119 not out overnight, became the 10th wicketkeeper in Test history to score a double century and first for New Zealand.

It was a marathon innings from Watling, who faced 473 balls and batted for a whopping 668 minutes.

Watling teamed up with Santner for a New Zealand record 261 seventh-wicket stand, eclipsing the 225 set by Chris Cairns and Jacob Oram in 2004.

Once Santner broke through for his first Test hundred, he eventually fell to Sam Curran (3-119) as Watling edged closer to a double ton.

Tim Southee (9) had a brief spell in the middle before he was caught and bowled by England's Leach (2-153).

200* - BJ Watling has become the 10th wicketkeeper in men's Test history to score a double century and the first for the @BLACKCAPS. Indefatigable. #NZvENG#BackTheBlackCaps #CricketNation pic.twitter.com/ccXyWdftac

After going into the tea break unbeaten on 200, Watling added five more runs before edging Jofra Archer (1-107), which led to Kane Williamson's declaration and a standing ovation.