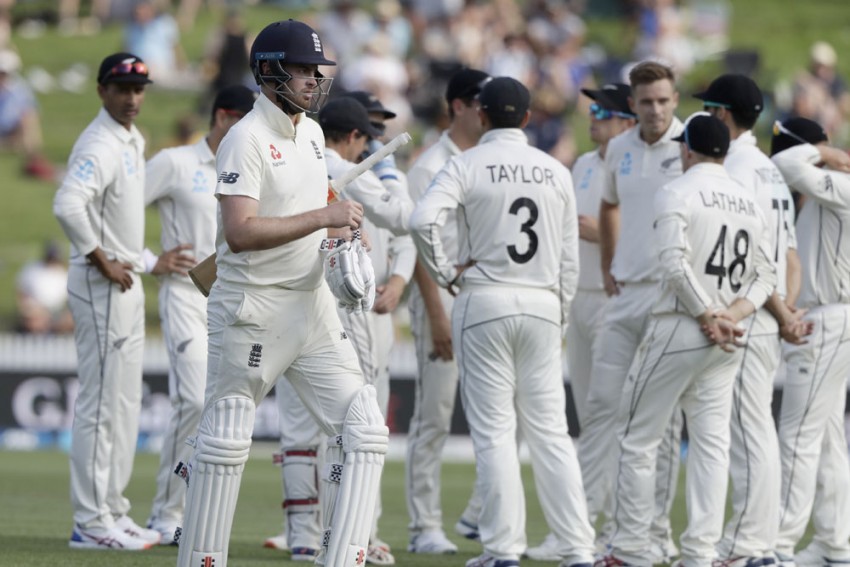 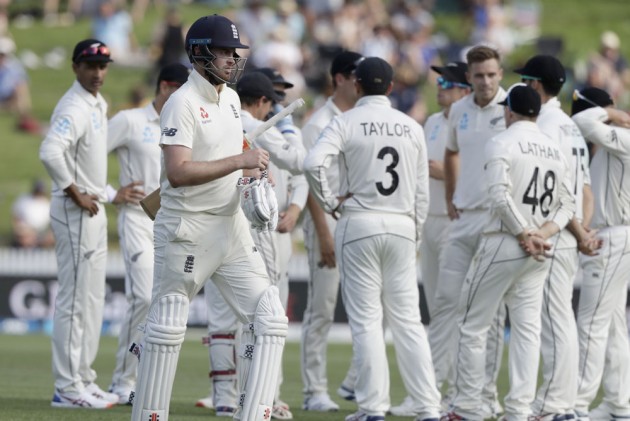 England were left in trouble after losing a pair of wickets late on day two of the second Test against New Zealand on Saturday. (More Cricket News)

The Black Caps were bowled out for 375 in their first innings after something of a collapse at Seddon Park in Hamilton.

Stuart Broad (4-73) was the pick of the bowlers but, just as England seemed boosted by that strong finish, the Black Caps hit back.

EARLY WICKETS! Tim Southee & Matt Henry snare a wicket each in their opening spell. Southee got Sibley LBW before Henry had Denly caught behind! GREAT START with seven overs left in the day

Sibley had been hit in the helmet by Tim Southee (1-24) before falling to the paceman, who trapped him lbw.

Burns was given a life on 10 as Ross Taylor put down a catch at first slip off Matt Henry.

But New Zealand would strike again, Watling diving low to his right to remove Denly off Henry (1-10) to cap a fine day for the hosts.

Earlier, England had made a fine start to day two as Latham (105) and Henry Nicholls (16) – the overnight batsmen – departed early.

But Mitchell and Watling led the response for New Zealand, putting together a 124-run partnership as they frustrated the tourists.

Promising start! Daryl Mitchell with a well made 73 on debut to put us in a great position late on day two.
357-7 | https://t.co/6N136NxG6s#NZvENG #cricketnation pic.twitter.com/kf0lwah0VU

The Black Caps scored just 67 runs during the second session, although the departure of Watling – removed by a great Broad bouncer – just before tea triggered a collapse of sorts.

England managed to contain New Zealand to 375, but the fall of Sibley and Denly has left them on the back foot.