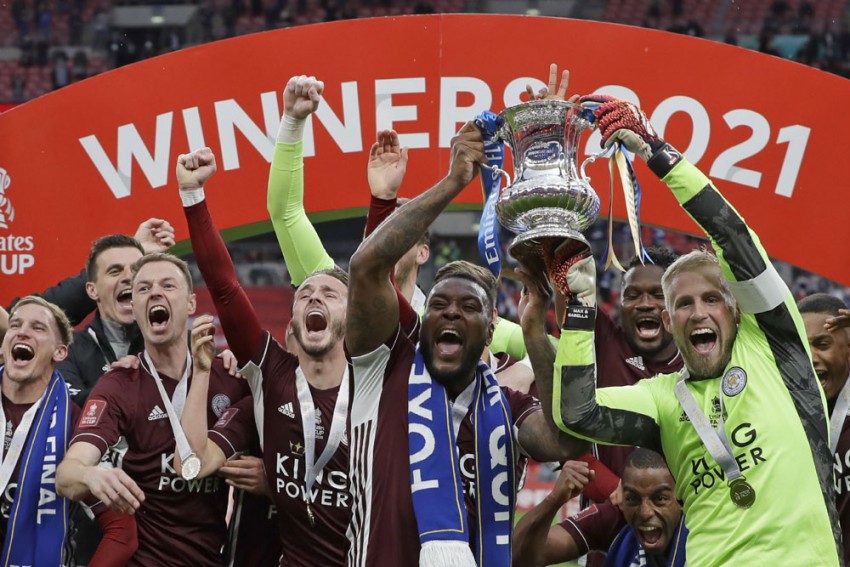 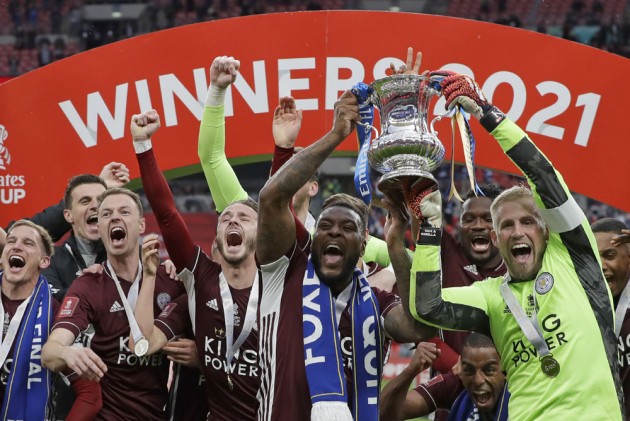 The Foxes had failed four times previously at this stage, most recently in 1969, but belatedly added to a burgeoning trophy haul that includes the 2015-16 Premier League title.

Tielemans' long-range, second-half strike proved enough, albeit only after late drama as a marginal offside decision ruled out Wes Morgan's own goal and sent Thomas Tuchel away empty-handed from the first of two Chelsea finals this month.

Before the Blues can turn their focus to the Champions League, though, they must qualify for next season's competition, which likely means on Tuesday defeating a buoyant Leicester side, who themselves need a result at Stamford Bridge.

Yet Leicester surely would not trade victory in that vital match for this precious triumph, which played out in teeming Wembley rain to the soundtrack of 21,000 returning fans.

44 – Leicester City are the 44th different side to win the FA Cup, and the first first-time winners of the competition since Wigan Athletic in 2013. Jubilation. #FACupFinal pic.twitter.com/wMkj6zyhZ2

The after-effects of this tense affair will be felt during the week, with Jonny Evans' comeback lasting only 34 minutes after he felt discomfort in the warm-up against Newcastle United eight days earlier.

Clear-cut opportunities were scarce, meanwhile, and Kepa Arrizabalaga still had not been worked 18 minutes into the second period when Tielemans took aim from at least 25 yards and picked out the top-left corner with a sweet drive.

That was the extent of Leicester's attacking intent as the remaining theatre took place at the opposite end of the pitch.

Schmeichel was beaten with a minute to play as Chilwell stretched to toe past his former team-mate and Caglar Soyuncu hacked a goal-line clearance against club captain Morgan, introduced as a substitute seven minutes earlier.

But the VAR identified the tightest of offside offences against Chilwell to deny Chelsea and crown Leicester at the last.

What does it mean? Cup success at last for Leicester

There were supporters present at Wembley, the largest post-pandemic crowd for a sporting event in the United Kingdom, but they were not treated to a classic. For those of a Leicester persuasion, that will matter not.

The Foxes had not reached a major final since 2000, while Chelsea were playing in their sixth of seven in five years, including four in this competition.

When Leicester fans must have feared they would again be denied a breakthrough triumph after Morgan unfortunately found his own net, the much-maligned VAR technology came to their rescue.

Tielemans' goal will be played over and over again, yet it was Leicester's sole attempt on target. Schmeichel was every bit as key to this long-awaited win.

The Denmark international made only three saves but two of them in the final 15 minutes were of the highest quality.

1 - Kasper Schmeichel is the first goalkeeper to captain the winning side in an FA Cup final since David Seaman for Arsenal in 2003. Leader. #FACupFinal pic.twitter.com/HcJv49bvQv

Timo Werner has a big role to play for Chelsea, occupying defenders with his pace and movement, but he has too often lacked quality in front of goal.

The Blues striker had four shots, yet none of them hit the target. Tuchel's side looked a greater threat in the final moments once Werner had been replaced.

Although he will surely start the Champions League final, the former RB Leipzig star cannot afford another display like this.

- Leicester manager Brendan Rodgers has become the first manager to win both the English and Scottish FA Cup since Sir Alex Ferguson.
- Chelsea have become the first team to lose the FA Cup final in consecutive seasons since Newcastle United did so in 1997-98 and 1998-99.
- It was the seventh time Chelsea have lost an FA Cup final – only Manchester United and Everton (eight each) have lost more.
- This was the 45th different FA Cup final match to finish 1-0, at least 20 more times than any other scoreline in the showpiece.
- Tielemans became the third Belgian player to score in an FA Cup final, with all three going on to lift the trophy that year (Eden Hazard in 2018, Kevin De Bruyne in 2019).
- At 37 years and 114 days, Leicester's Wes Morgan became the oldest outfield player to appear in an FA Cup final since Teddy Sheringham for West Ham in 2006 (40y 41d).

There will be no silverware collected at the end of the sides' next meeting on Tuesday, but the stakes are similarly high. Champions League qualification could well be on the line as Liverpool close in.

DDCA Offers Its Premises For Fight Against COVID-19