CSK bowling will be up against a strong RCB batting line-up led by captain Virat Kohli, even as MS Dhoni's three-time IPL champions continue to search for their best XI 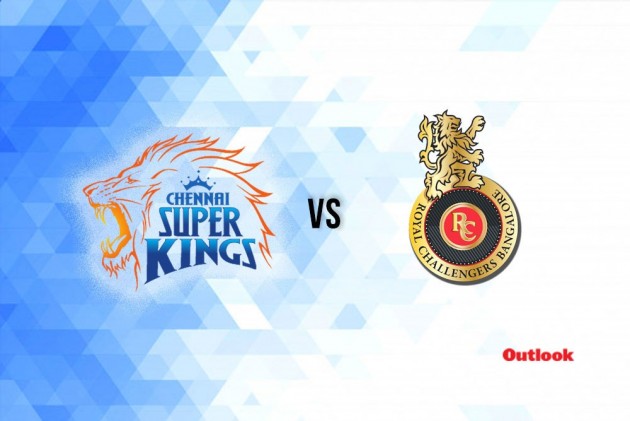 CSK all-rounder Kedar Jadhav's selection will be under the scanner after his failure in the defeat to Kolkata Knight Riders.

The Super Kings sank to a 10-run loss on Wednesday, choking inexplicably with Jadhav's approach to batting attracting criticism from all quarters.

It remains to be seen if the Super Kings opt to jettison the 35-year-old given the team's propensity to give players a long rope.

Despite Shane Watson finding his range in a 10-wicket win over Kings XI Punjab and Faf du Plessis's consistency at the top, the middle-order continues to remain a concern for CSK with skipper Mahendra Singh Dhoni himself not being at his best.

If they do decide to bench Jadhav after his prolonged struggle, they have the option of recalling Ruturaj Gaikwad or picking N Jagadeesan, who has been warming the bench since the 2018 season.

While worries remain on the batting front, the CSK bowling has got better and they did well to restrict KKR in the previous game with influential all-rounder Dwayne Bravo returning to his wicket-taking ways.

Karn Sharma, who came in for Piyush Chawla did well to pick up a couple of wickets while not going for too many runs and the skipper will expect him to do the same against a formidable RCB batting unit.

Yet, Dhoni would prefer the pacers -- Deepak Chahar, Sam Curran and Shardul Thakur -- to provide early breakthroughs and stem the run flow.

However, the CSK bowling will be up against a strong RCB batting line-up led by captain Virat Kohli, who returned to form with a fine knock against Rajasthan Royals.

Though the Kohli-led team faltered in the subsequent match against Delhi Capitals, they will look for an improved performance against CSK.

Kohli aside, young Devdutt Padikkal has looked in good touch, while AB de Villiers has been a key player for RCB over the years. If the big-hitting Aaron Finch can provide a rapid start at the top, it would serve RCB better.

It is the bowling which would worry Kohli. Leg-spinner Yuzvendra Chahal has, as always, been the leading bowler while Washington Sundar has been frugal upfront.

However, the pacers have not lived up to their reputation, with the likes of Umesh Yadav, Mohammed Siraj and Navdeep Saini leaking runs.

Experienced Sri Lankan Isuru Udana's inclusion has given a semblance of control towards the end of the innings.

How CSK's batting does against an up-and-down RCB bowling attack and how its batters fare against the Super Kings bowlers could decide the fate of the game.