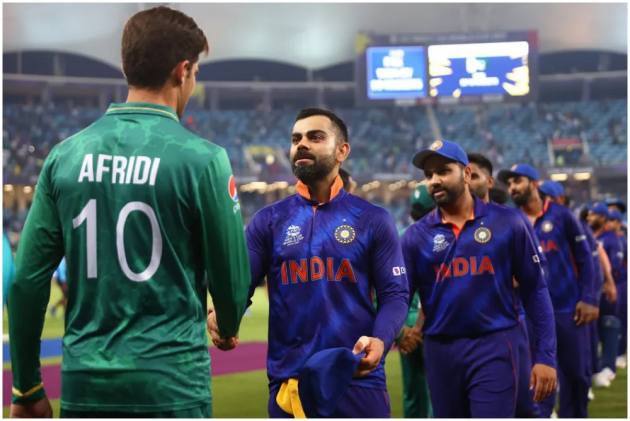 Shaheen Shah Afridi, whose magical first spell turned out to be a game-changer, said that he had worked hard on bringing the ball back into the right-handers which ultimately paid rich dividends against India in their ICC Men's T20 World Cup 2021 opener.  (More Cricket News)

Pakistan defeated India by 10 wickets to win their first game in the global event against the arch-rivals, with Shaheen claiming 3/31 including the prized wicket of skipper Virat Kohli at the death.

"It is the good wishes of my parents and all Pakistanis. Very happy with my performance. The plan was to bring the ball back in. I was just trying to swing it and I was just looking to give the team a breakthrough,' Shaheen said at the post-match presentation.

He said that before the game, he had worked on that skill at the nets.

"That was what I practised in the nets as well yesterday. Batting against the new ball was tough."

Shaheen also heaped praises on his captain Babar Azam and wicketkeeper-batter Mohammad Rizwan for the manner in which they batted throughout the innings to take Pakistan home.

"The credit goes to Babar and Rizwan for the way they played. All teams are good in the tournament and we will look to carry this momentum through and go to the finals," Shaeen concluded.