India captain Virat Kohli was hit on his right thumb by a ball during a catching practice session at the Rose Bowl stadium, Hampshire ahead of their ICC Cricket World Cup 2019 opener against South Africa 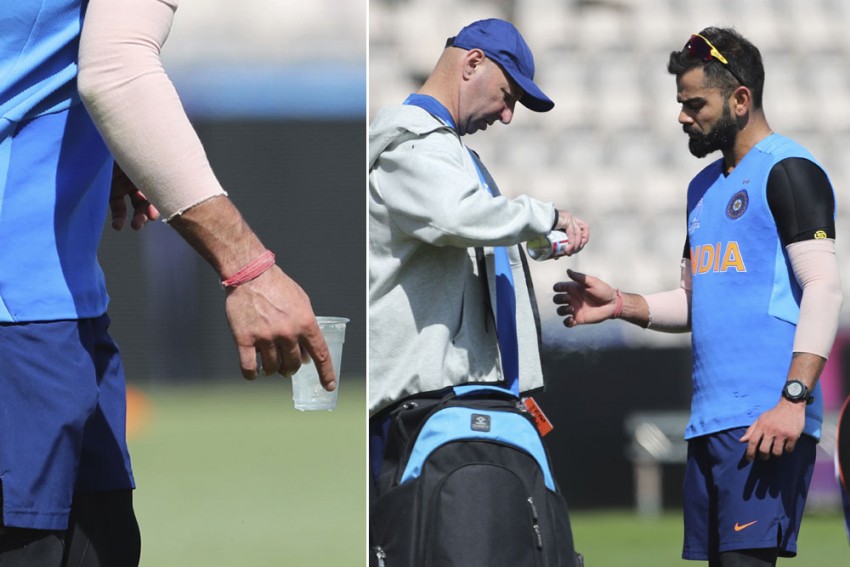 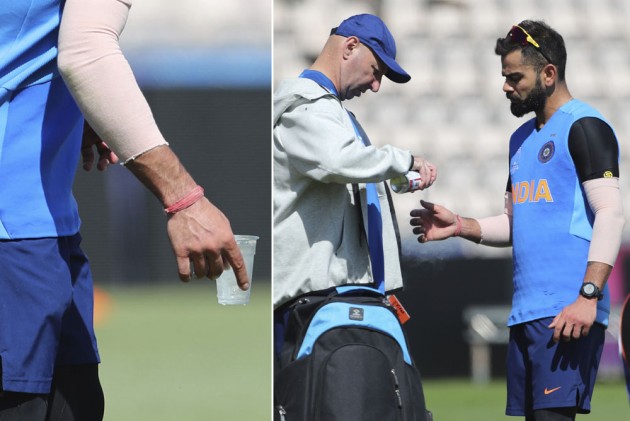 Captain Virat Kohli has been declared fit and fine ahead of India's opening ICC Cricket World Cup 2019 match against South Africa on June 5 at Old Trafford, in Manchester.

Kohli was seen struggling with his thumb on Saturday during a catching practice session at the Rose Bowl stadium, Hampshire. A ball hit his thumb and prompting physiotherapist Patrick Farhat to attend to the Indian skipper.

A BCCI source told ANI that there is no point of concern and the India captain is absolutely fit. Kohli even practiced in the nets and completed his training session.

PTI also quoted team sources, saying Kohli "is doing fine. There is nothing to worry."

Farhat was first seen using magic spray on the thumb and then applied tape on it.

Later Kohli was seen leaving the field with his thumb dipped in a glass of ice.

India, one of the favourites for the title, were hit by injuries in the run-up to the World Cup.

While all-rounder Vijay Shankar had to sit out of the warm-up game against New Zealand after hurting his elbow, Kedar Jadhav is still recovering from a shoulder injury he picked up during IPL and missed India's both warm-up games against the Kiwis and Bangladesh.

Jadhav, a key figure in India's middle-order, batted in the nets on Saturday, an indication that he could be fit in time for the game against South Africa.

The Indian team has an off day on Sunday.