Home  »  Website  »  Sports  »  'He Is That Kind Of A Player' Virender Sehwag Compares Rohit Sharma To Sachin Tendulkar: WATCH

'He Is That Kind Of A Player' Virender Sehwag Compares Rohit Sharma To Sachin Tendulkar: WATCH

After leading India to a fantastic victory against Bangladesh in their second T20I at Rajkot, Rohit Sharma was praised by Virender Sehwag, who even compared him to Sachin Tendulkar. 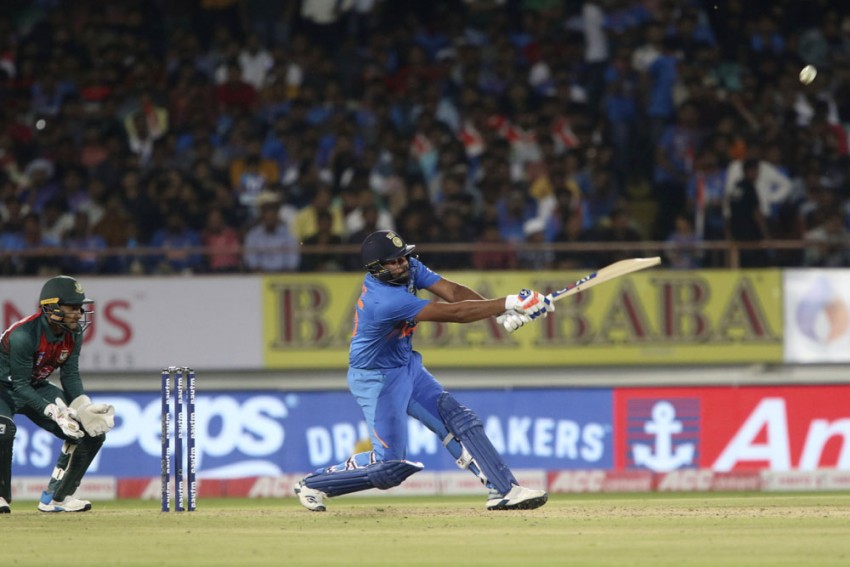 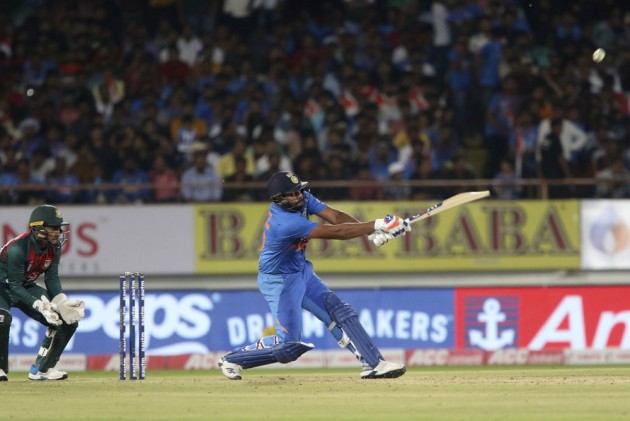 Whenever Rohit Sharma is in form, he causes havoc against opposing teams. Against Bangladesh in the second T20I at Rajkot, he plundered them by a 85-run knock off 43 balls, as India won by eight wickets to level the series. Also, playing in his 100th T20I, the Mumbaikar was lauded by former and current cricketers, included none other than Virender Sehwag.

On a video posted by Cricbuzz's official Twitter handle, Sehwag was quoted as saying, "When (Sachin) Tendulkar played, he used to ask 'even you can do what I do'. But he wouldn't understand that what he can do, others can't. Rohit Sharma is that of a player. What Rohit Sharma can do, may be even Virat Kohli can't. In one over, hitting 3-4 sixes, scoring 80-90 runs off 45 balls -- have not seen Kohli do it many times."

Rohit's buccaneering knock was too much to handle for his fans as social media went gaga over it.

The final and decisive T20I will be played on November 10, at Nagpur's Vidarbha Cricket Association Stadium.