Test spinner Ajaz Patel, who will leave next week with the New Zealand squad for England, has been dropped from the 20-player list 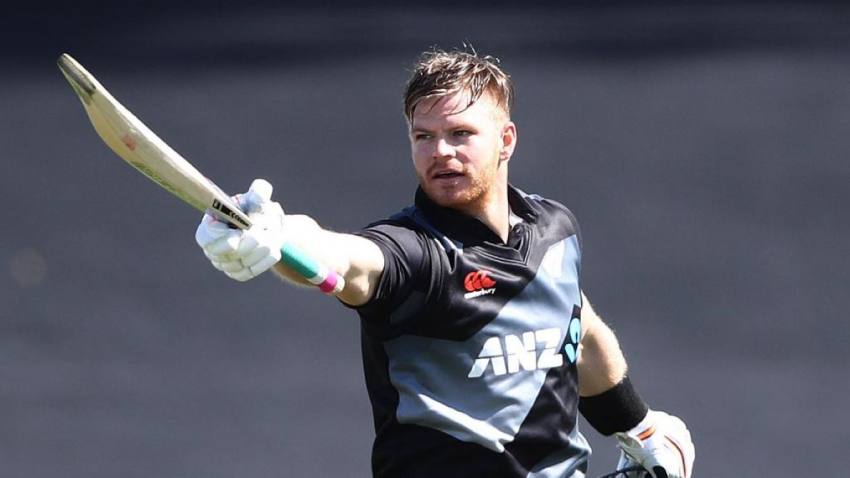 But Test spinner Ajaz Patel, who will leave next week with the New Zealand squad for England, has been dropped from the 20-strong list after only one year.

The list is compiled by New Zealand coach Gary Stead and selector Gavin Larsen, who rank players on performances in all three formats, with tests receiving a double weighting. Stead and Larsen also consider potential future performance and players receive a retainer based on their ranking.

Patel, a 32-year-old left-arm spinner, was disadvantaged because he was injured for most of the last domestic season.

Phillips had an outstanding season in Twenty20 internationals. He scored 366 runs in 12 innings at an average of 40.66 and a strike rate of 185 in home series wins over the West Indies, Pakistan, Australia and Bangladesh.

He scored a century from 46 balls against the West Indies, a record for a New Zealand batsman in T20 internationals.

Medium pacer Mitchell took over the all-rounder's role in the New Zealand test and one-day team from the injured Colin de Grandhomme. He scored a maiden test century from 112 balls against Pakistan and a hundred from 92 balls in a one-day international against Bangladesh.

"There's no question Daryl and Glenn took their games to another level over the summer and have added to the growing depth of talent we now enjoy," Larsen said.

"The Black Caps achieved unprecedented success, going through the season unbeaten for the first time ever and it was encouraging to see guys like Kyle Jamieson and Devon Conway performing so well after receiving their first contracts last year.

"After such a successful summer in which we used a variety of players across the three formats, there was always going to be a squeeze on for positions and, unfortunately, Ajaz has been a victim of that success."

Larsen said the selectors are still "well aware of Ajaz's value as a frontline spinner, particularly in overseas conditions, and he's therefore still very much in our thinking going forward."

The retirement this week of veteran wicketkeeper BJ Watling leaves Tom Blundell as the frontrunner for the test role.

New Zealand is preparing to play two tests in England next month leading up to the World Test Championship final against India, which starts on June 18 at Southampton.