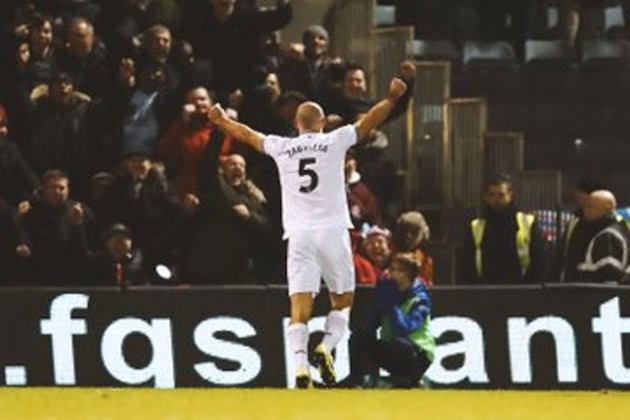 Pablo Zabaleta could end up retiring this year with the coronavirus pandemic making him question his desire to continue playing.

Former Manchester City and Argentina international Zabaleta is contracted to West Ham until the end of the Premier League season, which has been suspended due to the COVID-19 outbreak.

There is no date set for the resumption of football in England, though it is hoped teams can return to training in the coming weeks and matches can be played behind closed doors from mid-June.

Zabaleta, 35, is in his 12th season in the Premier League and had been considering a move to Serie A before hanging up his boots. However, the pandemic may have put paid to such plans.

Asked what his future holds if the Premier League does not return, the right-back told La Nacion: "I think about it every day. I wake up thinking, 'Is this what awaits me after retirement?'

"Now, somehow, we'll go back to training and we will see. But it's all still uncertain.

"I had even come to think, at the end of this season, to give myself the joy of playing one more season in another league, perhaps in Italy, but now I don't know.

"The chances are you won't play in front of a crowd, so what motivation could I have left? Why go to Italy if mythical stadiums like the Olimpico in Rome or San Siro will be closed?

"Now, let's wait to see how this season ends, and then, in the European summer, depending on how everything is rearranged, I'll see what I do.

"But retirement is a possibility, yes. Maybe the coronavirus will make me anticipate the decision."

Zabaleta had discussed returning to San Lorenzo, where he took his first steps in professional football, with club president Marcelo Tinelli last year, but his family situation makes it difficult for him to envision a move to Argentina.

"It's true that I had contact with Tinelli last summer and I told him that we could talk at the end of the season, but today Argentina is not a priority," said Zabaleta.

"Also for family reasons; my wife is Catalan and the boys are very young.

"I don't want to rule anything out, but no. I prefer to leave my future in the air a little so that I can analyse what to do in a moment of greater stability.

"No one expected this virus. It is the first time that something like this has happened in many generations and it will definitely change our lifestyle."