Ahead of his side's one-off Test Vs Afghanistan, new Bangladesh head coach Russel Domingo feels that if his side builds pressure, they can defeat their upcoming opponents. 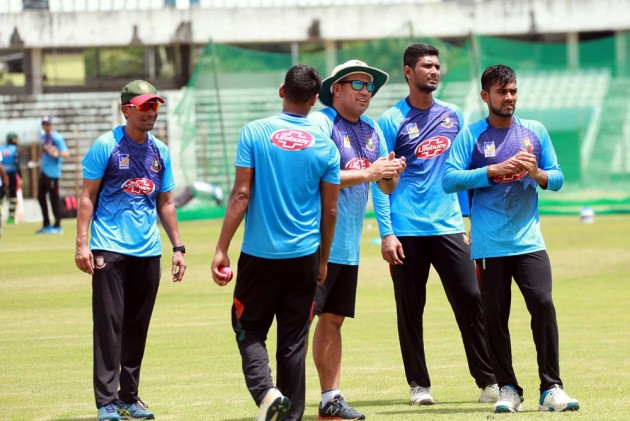 Bangladesh's new head coach Russell Domingo on Tuesday backed his charges to beat Afghanistan in the one-off Test starting Thursday, provided they could build enough pressure on the opposition.

"We have to focus on our processes and on being patient. We have to build pressure against Afghanistan. If we can do those things, results will come our way," Domingo told reporters in the port city of Chittagong on Tuesday.

The one-off Test series against Afghanistan at the Zahur Ahmed Chowdhury Stadium in Chittagong will be the first assignment for Domingo, who was appointed as Bangladesh head coach in August replacing Englishman Steve Rhodes.

The 45-year old South African said he did not intend to bring any change to the system that already worked for Bangladesh.

"It is going to be my first Test for Bangladesh. I want to see how they perform. And it is difficult to make wholesale changes to a system that has worked really well for them in the last couple of Tests," he said.

"I am sitting back to see how things pan out for the first Test. The selectors and Shakib (Al Hasan) have led me to thinking in a certain way, and I am pretty comfortable with it before I imprint my way on to the team," he added.

This will be Afghanistan's first meeting against Bangladesh in Test cricket and only third overall after they were granted Test status last year. Bangladesh coach Domingo found the spin attack of the visiting side "threatening" for his charges.

"We know how dangerous their bowling attack can be in limited-overs cricket. Look, it is a different format but they will definitely pose us threats in the next few days," he said.

"They have some match-winners in Nabi (Mohammad) and Rashid Khan. They are fantastic bowlers. We have to make sure we respect them while also looking to score some runs against them," he added.

Afghanistan will also play a tri-nation Twenty20 tournament from September 13 with Zimbabwe and hosts Bangladesh.