Home  »  Website  »  Sports  » Reportage  »  Some Felt Anil Kumble Was Strict As Head Coach But Not Me, Says Wriddhiman Saha

Some Felt Anil Kumble Was Strict As Head Coach But Not Me, Says Wriddhiman Saha

Saha was asked about the perception of Kumble being strict but he had a different take to offer. 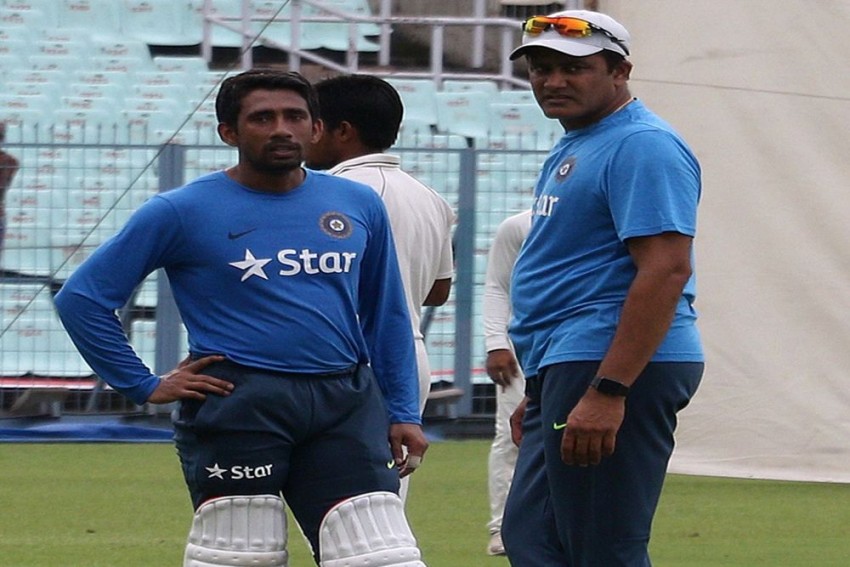 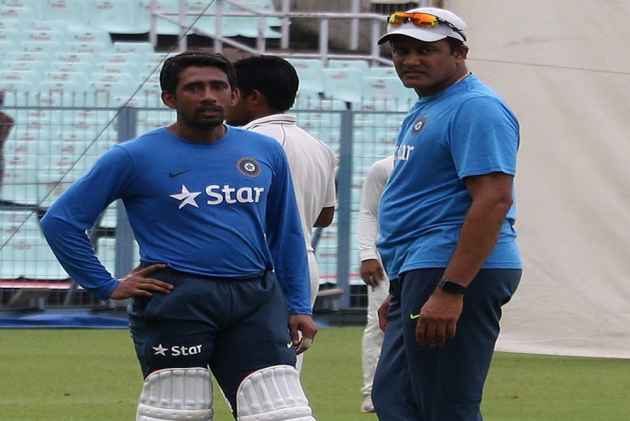 Some of his teammates may have considered Anil Kumble "strict" but India's Test wicketkeeper Wriddhiman Saha never felt that about the former coach, who quit after a bitter fallout with skipper Virat Kohli.

Kumble was forced to resign in June this year, after difference of opinion with Kohli. Kumble, a former captain, had gone to the extent of calling his relationship with Kohli "untenable"

Saha was asked about the perception of Kumble being strict but he had a different take to offer.

"I did not feel that (strict) way. As a coach, he had to be strict in some way or the other. Some have felt he is strict, some have not. I have never felt that way under Anil bhai," Saha told reporters today on his return from Sri Lanka, where he was a part of the team that won 3-0 in the recently-concluded series.

He then compared Ravi Shastri's style of coaching with that of Anil Kumble.

"Ravi bhai, on the other hand, always tells us to go for the kill. Go out there and hit the opponent out of the park. This is the only difference I could see. Rest, both spoke positive stuff. When Ravi bhai was director, he was aggressive. In his new stint, he seems to have become more involved," said the 32-year-old.

Saha, on his part, also praised skipper Kohli, who remains involved with the players even off the field.

"He is improving with time and his association with players has increased. We dine together and go for outings together. He is always mingling with us, which I see as a plus point in him," the Bengal stumper said.

"Their temperament was weak from the batting point of view, which helped us. One session they held fort but we knew they would run out of patience in the next session, that helped," he said.

He is not ready to look too far ahead and skirted queries on the home Test series against Sri Lanka, where he would again don the India whites.

"That is still three months away. They will prepare well and we have to hold on to our form."

The 'caught Saha b Mohammed Shami' has been an oft- repeated dismissal in recent Test matches. The soft-spoken keeper attributes the fine collaboration to their understanding, having played considerable amount of first- class cricket for Bengal.

"It's great that Shami is continuing to be aggressive after coming back from injury. It is good for him and the team. He always creates a wicket-taking opportunity.

"He swings the ball and gets the outside edge and I take the catch. We have been doing that for Bengal too," said Saha, who wants to finish his career with at least 200 first-class matches.