'Several Gaps In Writing On Delhi'

I'm particularly astonished that there isn't a good biography of Shah Jahan or a modern description of the building of Shahjahanabad. 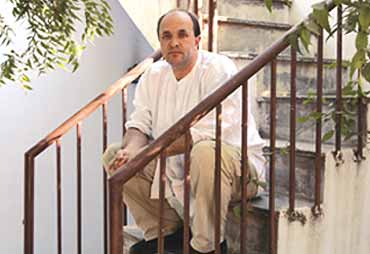 MY FAVOURITE Delhi book is Ahmed Ali’s novel Twilight in Delhi, which was first published in 1940, acclaimed by Virginia Woolf and E.M. Forster among others, but then practically forgotten for a few decades. It has recently been reprinted by Rupa & Co. It’s an irreplaceable record of the vanished life and culture of pre-war Delhi, and the best literary description in English that I know of Old Delhi in the years before 1947. It wonderfully captures the fusion of cultures before communalism took over.

I don’t know if Anita Desai’s In Custody can be called a Delhi book, strictly speaking (the poet Nur in the novel lives in a decrepit house in Chandni Chowk)--but if so, it’s one of the best works of fiction to be set in the city.

Robert Grant Irving’s Indian Summer: Lutyens, Baker and Imperial Delhi is a gorgeous book, my favourite description of the building of Lutyens’ Delhi. It’s part architecture, part history and full of fine illustrations. Among the more academic books, there’s Peter Jackson’s The Delhi Sultanate: A Political and Military History, Sunil Kumar’s Emergence of the Delhi Sultanate and Narayani Gupta’s Delhi Between Two Empires. However, very worthy as these are, they don’t make for light reading--you can’t read them on the beach, or on the Delhi Metro for that matter. It surprises me that there isn’t more non-academic writing available on the city’s history. Among guidebooks, I would recommend Old Delhi: 10 Easy Walks by Gaynor Barton and Laurraine Malone and Lucy Peck’s Delhi: A Thousand Years of Building.

Other mentions: Stephen P. Blake’s Shahjahanabad: The Sovereign City in Mughal India, 1639-1739. And Raghu Rai’s 1982 photo-book is a collection of wonderful black-and-white pictures.

Given that Delhi has been at the centre of India’s history for at least 1,000 years (closer to 4,000 if you believe the stories about Indraprastha), it’s amazing that there isn’t a whole library of fine literature--academic and non-academic--about the city. There are several gaps in writing on Delhi, but I’m particularly astonished that there isn’t a good biography of Shah Jahan or a modern description of the building of Shahjahanabad.

'Our Writers Have Little Integrity'