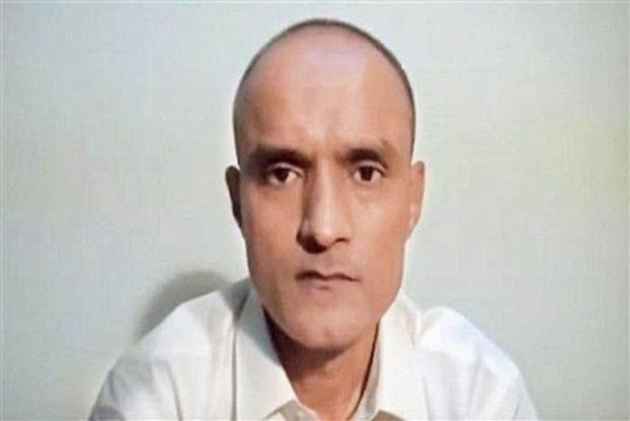 The Pakistan foreign office on Thursday said they are considering granting a visa to the mother of Kulbhushan Jadhav on the request made by minister of external affairs Sushma Swaraj, as reported by Pakistani media.

During the weekly foreign office briefing, its spokesperson Nafees Zakaria said asking for recommendations from Aziz to grant visas was against "diplomatic norms".

The pending visa application of the mother Jadhav is currently under review, he said.

According to news agency ANI, Pakistani media is reporting that acting on New Delhi's request, Islamabad is contemplating on giving a visa to Jadhav's mother.

External affairs minister spokesperson GopalBaglay, however, said there has been no change in position on providing consular access and visa for his mother.

There has been no change in position on providing consular access & visa for his mother; no progress on that front: MEA on #KulbhushanJadhav pic.twitter.com/0e4M244Yyq

Zakaria  accused India of imposing "conditions" for the approval of medical visas of Pakistani patients seeking medical treatment in the country.

External affairs minister Sushma Swaraj on Monday took on Prime Minister Nawaz Sharif's advisor on foreign affairs Sartaj Aziz, for not entertaining a request for visa to the mother of former naval officer Jadhav, who has been sentenced to death for alleged espionage.

Responding to a plea by a Pakistani cancer patient asking for a medical visa, Swaraj said Aziz's recommendation is required for the same.

However, at that time Sartaj Aziz did not even have the courtesy to acknowledge it, Swaraj had added.

Jadhav, 46, was sentenced to death by a Pakistani military tribunal in April on charges of espionage and terrorism.

Pakistan has dismissed India's consular access request to Jadhav more than 15 times. India has accused Pakistan of repeatedly violating the vienna Convention by doing so.

India had approached the International Court of Justice in May seeking provisional stay to execution of Jadhav which was granted.