While Kamala Harris has received the support of Indian-Americans of all hues, except 'Hindutva groups', her detractors say that she is too close to the Israeli lobby which might alienate her from Arab-Americans who support Palestinian rights. 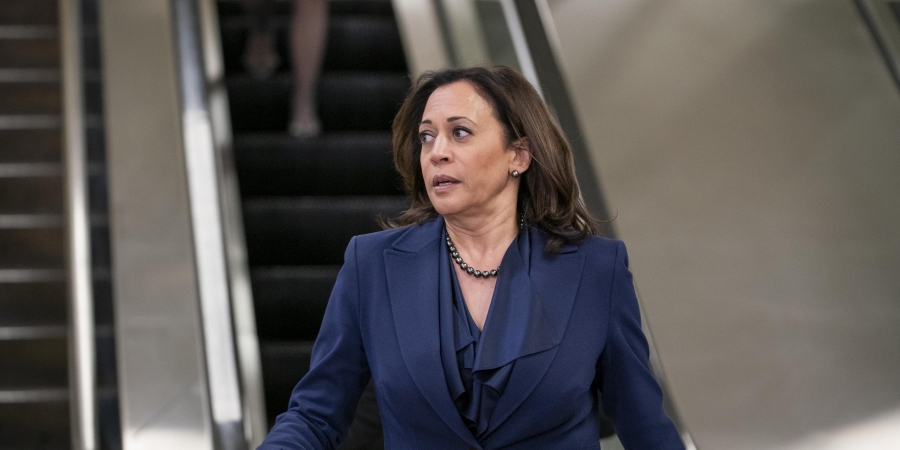 The nomination of Senator Kamala Harris as Vice-President is expected to be a game changer favouring the Democrat Party in the November US Presidential elections. The New Yorker said that the nomination of the first African-American woman and the first person of Asian descent gave a new “meaning to the Biden campaign” with “thematic clarity” which was not there earlier. It said that the 77-year-old Biden had been saying throughout his campaign that he was just a “transitional” figure—a generational bridge: “Now we know a bit more about who may come next.”

“National Public Radio” which reaches 32.7 million listeners gave several reasons for this “historic” nomination. First of all “putting a qualified person of colour…is a statement against Trump”. It showed Biden’s decision-making quality that he was willing to listen to people who disagreed with him compared to Trump who valued the “fealty”. On the other hand, Trump’s attacks on Harris as “mean, nasty and disrespectful” would “only fire up women and the Democratic base”. Another advantage may be that Harris would have no problem in her scheduled debate with Vice President Pence in Utah on October 7.

On the overall acceptance, “Newsweek” quoted a Georgetown University/ Battleground National poll during August 1-6 showing that 44% had preferred Harris nationally. Race wise, she was preferred by 64-15% among Black voters, 41-39% by White voters and 39-32% of Hispanic voters.

Although Harris was criticised for “Excessive Policing” as California’s Attorney General, she has received support from Ben Crump, Civil Rights attorney of the “Black Racial Justice Movement” (BRJM) who became famous for representing the family of the 17-year-old Trayvon Martin who was killed in Sanford, Florida. Crump said: “She has been a trailblazer for reform-minded prosecutors nationwide.” BRJM led to the “Black Lives Matter” movement in 2013.

Indian-Americans of all hues, except the “Hindutva Groups”, have welcomed nomination of Senator Kamala Harris. “American Bazaar”, a leading Indian-American voice has reported that the “Asian-American and Pacific Islanders (AAPI) Victory Fund”, which is a “Super-PAC”, while supporting Harris’ elevation, has pledged to deliver one million Indian-American votes for Biden. A Super-PAC can raise unlimited contributions for independent political activity. Another group “Impact” is spending US$10 million to help Democrats recapture the White House through 1.3 million Indian-Americans who are likely to vote in November.

As against this, her detractors say that she is too close to the Israeli lobby which might alienate her from Arab-Americans who support Palestinian rights. In January 2017, she was a co-sponsor among 70 Senators of a Senate Resolution criticising UN Security Council Resolution 2334 of December 2016 on Israel expanding into the Palestinian territories. As a result, she is alleged to be closer to Benjamin Netanyahu. In the US, she was supporting the pro-Conservative America-Israel Public Affairs Committee (AIPAC) against the liberal American Jewish campaign group called “J Street” which wants Israel to talk with Palestinians. How far this will result in dividing the American-Muslim votes is not yet clear.

We should not be too sanguine about the final outcome remembering what “The Atlantic” had said in June 2019 before Covid-19 hit America. The surge among voters in 2020 elections which could hit a record 156 million from 139 in 2016 might not necessarily be to the benefit of Democrats. It might not dislodge the importance of Pennsylvania, Michigan and Wisconsin, the three White working class “Rust Belt” States, which had voted for Trump. Also the deliberate delay by Trump-appointed Post Master General in delivering “Mail-in Votes” might result in cancellation of thousands of Democrat votes.