To meet the challenges posed by Covid, health infrastructure is required to be augmented rapidly. Some estimates suggest that there are about 100, 000 foreign medical graduates (FMGs) in the country. 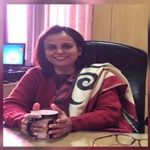 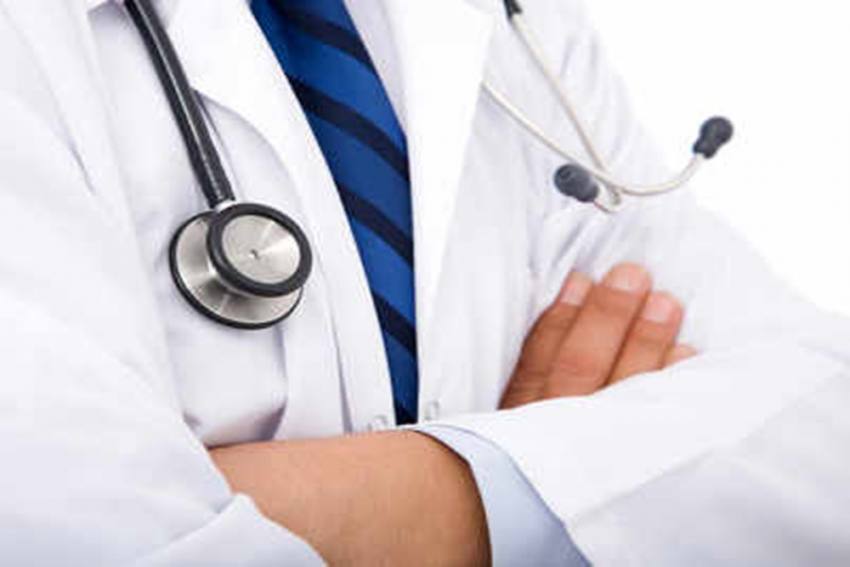 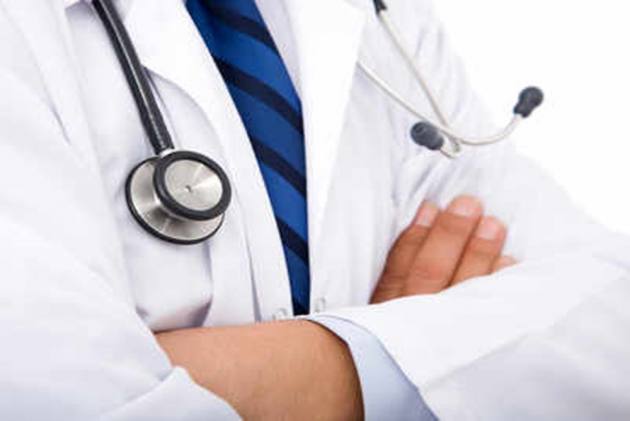 The National Medical Commission (NMC) came to be constituted by the Central Government on September 25, 2020. One of the key objectives of the Commission is to ensure the availability of adequate and high-quality medical professionals in all parts of the country and make services of medical professionals’ access to all the citizens.

To meet the challenges posed by Covid, health infrastructure is required to be augmented rapidly. Some estimates suggest that there are about 100, 000 foreign medical graduates (FMGs) in the country. They cannot practice without qualifying for the Screening Test.

Recently, the NMC has placed in the public domain the draft of “Foreign Medical Graduate Regulations, 2021” {FMGR}that on the face of it treats foreign medical graduates in an unfair and discriminatory manner.

The FMGs' right to practice medicine in the country had crystallized after a long struggle. In case, proposed changes come into effect then the FMGs way of becoming a doctor in his or her own country may become more difficult.

Under the existing law, an Indian Citizen/Overseas Citizen of India is required to conform to the norms laid down by the erstwhile Medical Council of India (MCI) for obtaining MBBS in India. An applicant must be 17 years of age in the year of admission and must have obtained in 10+2, 50% or more marks in Physics, Chemistry, Biology/Biotechnology.

In return, these candidates are required to qualify for the Screening Test conducted based on the undergraduate curriculum to obtain registration to practice medicine. The law permits any Indian citizen to venture to any country outside India and does not impose any restriction regarding language for obtaining medical education.

This simple, settled, and acceptable scheme for Indian citizens/Overseas citizens of India has been turned upside down in the draft Regulations proposed by NMC.

On the other hand, the draft FMGR is contained in four provisions and appears to be short and concise. However, NMC in its proposed draft seeks to have an extraterritorial operation of Indian law, for it provides that the medical education curriculum of foreign medical institutions shall be commensurate with the MBBS curriculum prescribed by NMC.

The curriculum from the foreign medical college shall be available on the date of joining their course, on the website of the said College. Such education must be in English. The draft Regulations expects a 17-year-old person to examine the course content of foreign medical institutions and ensure that such a course meets the course of NMC.

The NMC has gone ahead in prescribing the duration of the course, courses to be studied, as also a mode of internship/clinical clerkship that is to be completed in that country only.

This prescription goes against the authoritative pronouncement of the Supreme Court in its judgment dated 9th May 2011 in Medical Council of India vs. J. Saai Prasanna &Ors wherein it had categorically held that “for examining the validity of the medical qualification granted by a medical institution in any country outside India, the norms and tests of the country where the medical institution is situated, will have to be fulfilled for recognition of the degree in that country and the norms that are prescribed by the Indian Medical Council Act, 1956 regarding Indian medical institutions will have no relevance.”

Furthermore, MCI’s norm of 2010 that the entire duration of the medical course in a foreign medical institute should have been completed from the same Institute located abroad was struck down by Delhi High Court in its judgment dated 27th April 2013 in Rohit Naresh Agarwal & Ors. vs. Union of India & Ors. The Court had held that such Regulation was more than powers conferred by the Act and that it militates against the legislative policy embodied in the Act for Screening Test and Eligibility Certificate.

Subsequently, in January 2018, the Apex Court had upheld the judgment of the High Court. The NMC is the “successor in interest” to the MCI. It is a settled legal proposition that the successor-in-interest retains the same obligations as the original body. Thus, the NMC as successor-in-interest is bound in law by the decisions of the Supreme Court and cannot deviate/dilute/disown from the settled legal proposition.

The requirement of obtaining education in English medium only gives an undue advantage to institutions in English-speaking countries. This in a way targets medical institutions in the Russian Federation, Azerbaijan, Armenia, Belarus, Georgia, Kazakhstan, Kyrgyzstan, Moldova, Tajikistan, Turkmenistan, Uzbekistan, Ukraine, and the People’s Republic of China, where education is ordinarily imparted in Russian/Chinese. Equally hit by such a provision would be those interested in obtaining medical education from non-English speaking countries of Europe, such as France, Germany, Netherlands, Spain, Austria, Romania, Czech Republic, Poland, Baltic Republics, and Japan in Asia.

Such a prescription has the potential of causing diplomatic wrangles with these countries. Scores of Indian students proceed there every year to obtain medical education as it is accessible and affordable in these countries in comparison to English speaking countries, such as the USA, UK, New Zealand, Australia, and Canada, or even in private Medical Colleges of the country.

Thus, the aforesaid provision restricts the choices available to prospective admission seekers. Furthermore, when the NMC Act permits the candidate to obtain a medical qualification from “any country outside India”, the restriction imposed through delegated legislation appears to be beyond the powers conferred by the Act.

The proposed Regulations require the applicant to seek registration in the country from where he had obtained his qualification and that such registration should be valid for 10 years.

This provision also calls for a systematic inquiry into the practice regarding the grant of registration to foreign nationals by competent bodies of such foreign nations before giving effect to it, as those who are presently undergoing education abroad may be put at disadvantage.

Moreover, given the proposed stringent entry requirements, these Indian students might consider opting for other options like USMLE or staying back in the country of their education. Thus, the brain that was required to “rain” back in the nation may turn into a brain drain. Such a scenario is unthinkable more so in the present times.

It is pertinent to add that many countries do not grant practicing rights to non-citizens.

A novel feature of the NMC Act, 2019 is the National Exit Test [NEXT] which is a common final year undergraduate medical examination for granting license to practice medicine as medical practitioners.

Both Indian and foreign medical graduates would be required to qualify NEXT to obtain a license to practice medicine as medical practitioners and for enrolment in the State Register or the National Register. However, the proposed Regulations make it discriminatory to the foreign medical graduate as he has to qualify two steps of NEXT and that two within two years of completing MBBS from abroad.

It may be noted that as of now the Screening Tests are held every six months by the National Board of Examination (NBE) and there are no restrictions in so far as the number of attempts are concerned. The mode and manner of the Screening Test were agreed upon in a meeting held on 30th June 2004 between the foreign medical graduates and the Government of India, erstwhile MCI and the NBE. These minutes have been approved by the Supreme Court in its judgment dated 16th November 2004 in the case of Sanjeev Gupta &Ors. vs. Union of India &Anr. And the Apex Court had directed that “in future, the screening test would be conducted as per the guidelines laid down in the meeting held on 30-06-2004.”

The draft Regulations are to be made applicable to even those who are as of now pursuing foreign medical education. The new requirements are thus made retrospectively applicable to them. Thus, a person who has studied in Japan or China or Russia in the language of that country would not be entitled to sit in NEXT according to the new prescription.

It is a cardinal principle of law that any new law applies prospectively. Therefore, it would be appropriate that a specific provision is made for those who have already completed their course or are presently pursuing it.

The above scrutiny brings out that the NMC’s draft FMG Regulations is fundamentally flawed as it is against the settled principles of law, but also contrary and excessive to the mandate of the primary legislation, i.e., the NMC Act and authoritative pronouncements of Apex Court.

Thus, it would be appropriate that the NMC re-examines the proposed enactment after taking in views and concerns of all stakeholders, namely, all State Governments, Union Territory Administrations and other stakeholders, such as the association of medical professionals, the association of resident doctors, and patient rights bodies and the foreign medical graduates before further proceeding with the legislative process.

The NMC must find a balanced way forward for constructively utilizing the skills and expertise of 100,000 foreign medical graduates urgently to augment the human resources in healthcare and more importantly in helping the nation in tiding over the Covid crisis.