Chinese Chakkar: Is India Loath To Stand Up To China?

Truth is the first casualty in any military conflict. Hence, it is difficult to say which country’s leadership is more set on resolving the boundary dispute by any means. 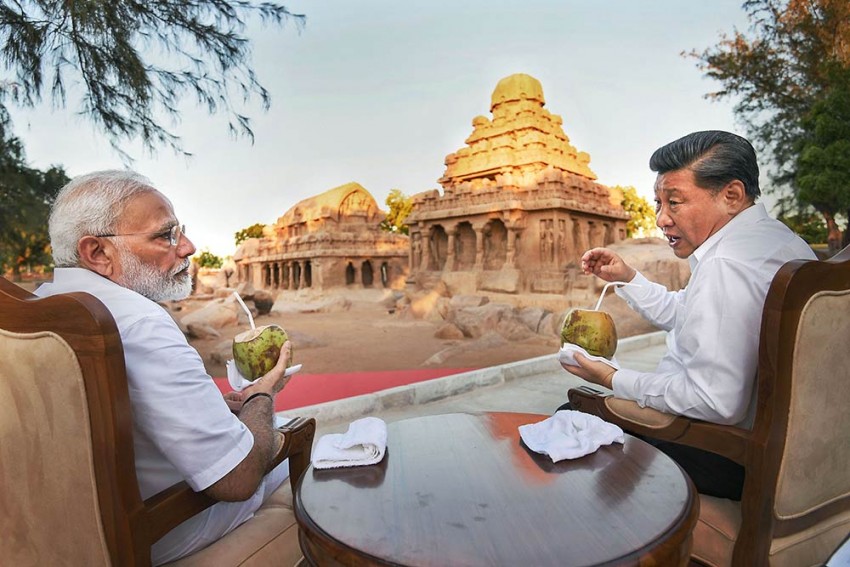 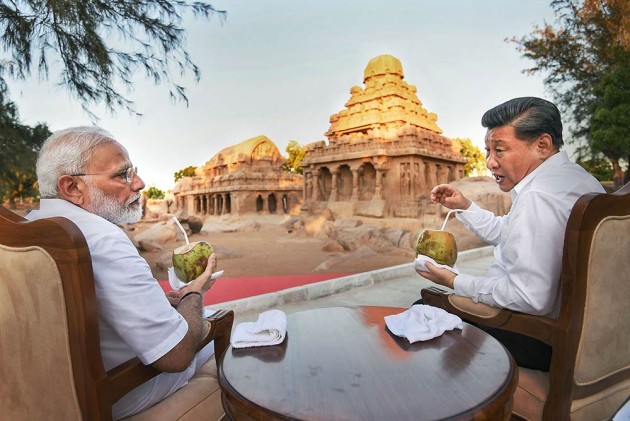 As developments play out along the Line of Actual Control (LAC) in Galwan Valley, it is hard to say whether China is being given the runaround by India or vice versa. It is clear though that the Government of India has been giving the runaround to the media, interested sections and the public at home. There is no one single authoritative official account of the India-China border clashes on June 15 or the events leading up to it.

India has given a befitting response to those who dared eye her territory in Ladakh, is all that Prime Minister Narendra Modi has said– including in his radio talk of June 28 -- on the clash with the Chinese troops in which 20 Indian soldiers were killed. With calculated ambivalence, Modi has desisted from stating whether Chinese troops entered Indian territory. His non-committal posture and pronouncements on this count have led to the default conclusion that there were Chinese incursions.

If there were no incursions, why would India seek status quo ante, as reports based on official sources suggest? Besides the incursion, there is also speculation over Delhi’s silence on the heightened Chinese military activity, especially erection of new structures, on the Galwan river-bend at the LAC, as borne out by satellite images between May 22 and June 26.

China is said to have been building these since May 22 and consolidated its position even while the two countries were engaged in attempts to defuse the situation resulting from the worst military confrontation in more than 50 years.

Around the time these satellite images were published, India’s Ambassador to China, Vikram Misri, in an interview to PTI, contradicted Modi by saying: India hopes China will realise its responsibility in de-escalation and "disengage by moving back to its side of LAC". Misri added that for resolution of the stand-off the “Chinese side needs to stop creating obstructions and hindrances in the normal patrolling patterns of Indian troops”.

Most official statements, including that of the PM, have been followed by a string of clarifications, which made the confusion worse. Was this done solely to obfuscate perceptions of the military reality on the ground in eastern Ladakh?

To all appearances, this suggests that India is averse when it comes to standing up to China. Is that the case? Or, does this indicate that India may be biding its time? The latter prospect implies a strategy, for which a credible narrative ought to be put in place.

As of now, official versions of the border clashes on June 15 are riddled with contradictions. Therefore, it is more plausible that Modi was caught unawares by the Chinese military provocation, if it is indeed that.

Modi’s dealings with the Chinese – since the last decade – are more than that of any other Indian prime minister. He visited China nine times – four as Gujarat Chief Minister and five as Prime Minister. Barring Manmohan Singh, who visited twice, all other PMs visited China only once. Altogether, Modi and President Xi Jinping are reported to have had more than a score of meetings. Which means Modi must have been confident that he knew Xi well. Xi too must have sized up Modi and arrived at a measure of the man.

Personal chemistry rarely plays a role in China’s international relations, as Modi discovered to his chagrin four years ago. Modi came a cropper when he tried it in June 2016 by flying to Tashkent where he met Xi and sought China’s support for India’s entry into the NSG. Although the Chinese had made it plain that attempts to personalise matters will not work, Modi persisted. Thus followed the spectacle of their bromance on a jhoola by the Sabarmati and other bonding games in Wuhan and Mamallapuram, all of which meant little when it came to brass tacks.

By the same token, Modi now knows that he cannot personalise how the score is settled for his error of judgment. India would want to level the score with China. War is out of the question. The situation calls for cold calculation and strategy. The first and foremost thing is to grasp why China resorted to a military provocation, if that is the case. It could be because of India’s deepening ties with the US, role in the Quad, opposition to the Belt & Road Initiative or its ambitions for supremacy in Asia; or all of these.

China’s great expectation of Modi from the time he took office has been that he would resolve the boundary issue. The military provocation could have been to push Modi in that direction. Although China says that the border issue is not the core of India-China relations, there are times when it accuses India of staging confrontations to force a resolution of the dispute.

Truth is the first casualty in any military conflict. Hence, it is difficult to say which country’s leadership is more set on resolving the boundary dispute by any means. It would be equally premature to conclude at this stage whether India is loath to standing up to China or is keeping its powder dry.

(The author is Editorial Consultant, WION TV. He worked in Beijing as Sr Consultant & Editor of China-India Dialogue; and Senior Editor & Writer with China Daily and Global Times. Views expressed are personal.)

'If You Listen To News From Delhi...': Nepal PM Says Efforts Being Made To Oust Him