The Congress too has given a call for a state-wide 12- hour bandh on Wednesday. 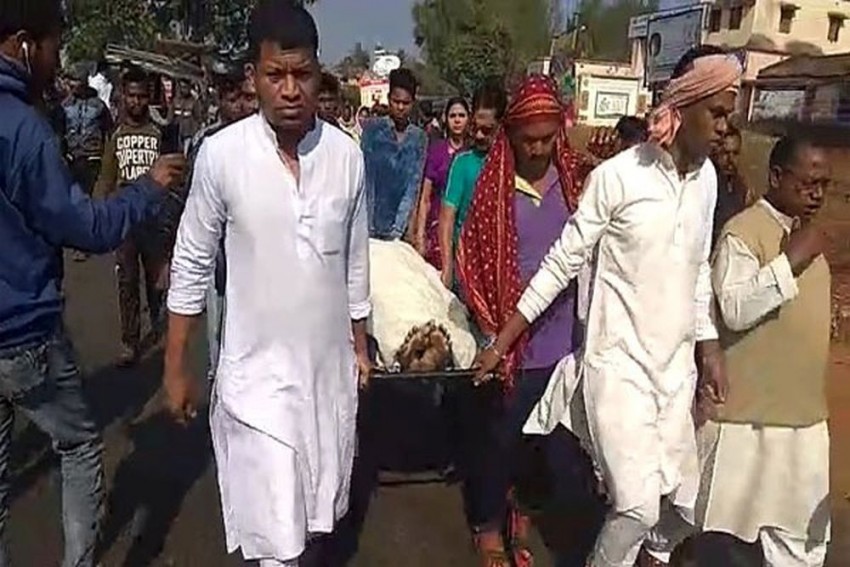 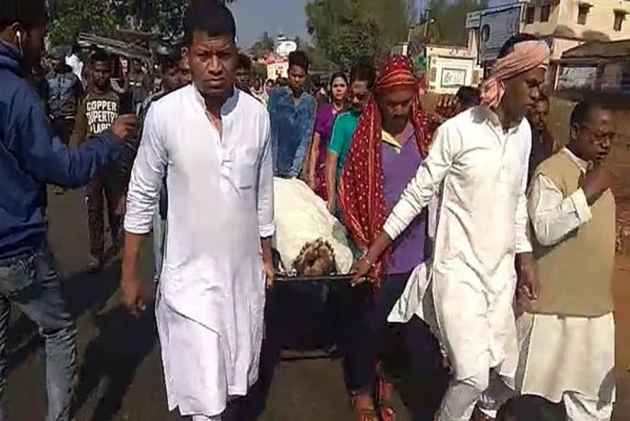 Scores of BJP activists pelted stones at policemen and clashed with them as the opposition party intensified its stir demanding a CBI probe into the alleged rape of a minor girl by four men in uniform in Koraput in October last year.

A day after the girl ended her life triggering an outrage, the BJP activists, along with members of the party's women wing, tried to march to 'Naveen Niwas', the residence of chief minister Naveen Patnaik.

The police resorted to lathicharge to disperse the protesters, deputy commissioner of police Satyabrata Bhoi said.

Members of the Congress's women wing also staged a demonstration and attempted to enter 'Naveen Niwas'.

The police have detained some BJP and Congress activists, the DSP said.

"The situation is now under control. We have dispersed the agitators," he said, adding that at least four police personnel suffered injuries as the protesters pelted stones.

Several BJP activists were injured in the lathicharge.

The BJP has called a dawn-to-dusk bandh in the undivided Koraput district, also comprising Malkangiri, Nabarangpur and Rayagada districts, on Wednesday to press for a CBI probe into the death of the 14-year-old tribal girl who hanged herself in her house on Monday.

The Congress too has given a call for a state-wide 12- hour bandh on Wednesday.

The girl had alleged that she was raped by four men in uniform in Kunduli on October 10 last year when she was returning home at Musaguda village, about five kms away, in the Naxal-hit Koraput district.

There was tension in Koraput as locals led by Congress leader Pradip Majhi took away the girl's body from the hospital without allowing officials to perform a post-mortem, officials said.

The agitators blocked National Highway-26 in Kunduli in Koraput by placing the girl's body on it and staged a demonstration, demanding action against those involved in the alleged gangrape and police officials who failed to provide justice to the girl, they said.

BJP leader and Union Tribal Affairs Minister Jual Oram has demanded a CBI probe into the whole episode and alleged that the girl was denied justice.

BJP state general secretary Bhrugu Buxipatra urged the people to make the bandh a success tomorrow "as the girl died after being denied justice".

"The girl had earlier claimed that there was threat to her life. She was forced to take the drastic step of ending her life as she was denied justice," said Congress Chief Whip Tara Prasad Bahinipati.

Meanwhile, Odisha Women and Child Development Minister Prafulla Samal said his department would inquire into the circumstances that led to the death of the rape survivor.

"We feel that the department has some responsibility. Our officers will probe into the cause of her death," Samal told reporters.

The Class 9 girl had  committed suicide by hanging herself inside her house. It was alleged by her family members that she took her life as she did not get justice with the police categorically denying that she was raped.

"She had slipped into depression and was disturbed after police probe dismissed her rape charges. She lost hope about getting justice," they said.

"The 14-year-old girl had even stopped going to school. This might have driven her to take the extreme step...We tried to make her forget what had happened but something else was going on in her mind. Now we have lost her," said Ranjita Chati, aunt of the deceased.

After the girl was discharged from SLN Medical College and Hospital (SLNMCH), Koraput, after the alleged rape the administration had kept her at a government-run residential high school at Kotpad, over 100 km from her village, as she had refused to go to her village on fear of being stigmatised, another family member said.

A few days later she had complained of vomiting blood and was rushed first to SLNMCH and subsequently to SCB Medical College and Hospital in Cuttack.

After her discharge from the Cuttack hospital, the administration had admitted her to Champakede girl's residential school near her village but she never attended classes there.

"She used to say that she is not feeling well and will attend the school once she gets better," said Jagannath Soren, district welfare officer, Koraput.

Rajendra Dadua, president of Zilla Dom Samaja, said, "The state government did not take her plight seriously and justice was denied to her."

The state government had ordered a crime branch investigation and judicial inquiry into the alleged rape.

The Human Rights Protection Cell of Odisha police had in its report to the Odisha Human Rights Commission claimed that the girl was not raped. But she had stuck to her claim that she was raped by four men in uniform.

The girl had directly accused the police of putting pressure on her to change her statement and had alleged that she was offered money by Odisha Director General of Police R P Sharma, a charge which was denied by the state's top cop.

Chief minister Naveen Patnaik has expressed grief over the death of the rape survivor.

BJP MLA Says Election In Karnataka's Bantwal Will Be Between Allah And Lord Ram, Not Two Candidates