How Should We Interpret Mike Pompeo’s Support To India Amid China Standoff?

It is one thing to send additional warships to the Indo-Pacific waters to warn China that smaller countries around the South China Sea cannot be bullied. But it is quite different across a land border. 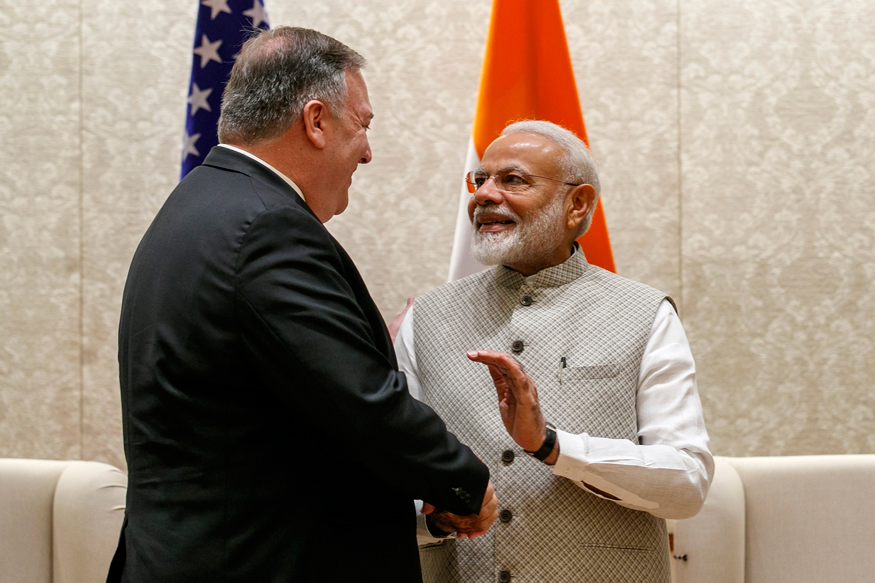 The US is going out of its way to support India in its current face-off with China. The latest salvo against China is again from Secretary of State Mike Pompeo, who sometime back characterised the Chinese Communist Party moves in Ladakh as “rogue action”.

This time around, while pushing US President Donald Trump’s agenda of reducing American troops in Europe, Pompeo said that the US is reviewing its global deployment of forces to counter the rising threat of the People’s Liberation Army in Asia.

Indians are delighted with Pompeo for calling out China. But how do we interpret this? It is one thing to send additional warships to the Indo-Pacific waters to warn China that smaller countries around the South China Sea cannot be bullied. That has been done before and can happen whenever the need arises.

But it is quite different thing to do across a land border. India and China are facing each other along the LAC in Ladakh. Does Pompeo mean that soldiers called out of Germany will now come to the aid of India. It is all very well to say that the US has waded in on the India-China border clash. Some in India interpret Pompeo’s words as virtually making the US a factor in the current face-off.

It is well known that US troops will not be dispatched to the Himalayas to counter China. If it was a maritime threat by  China, the situation would be entirely understandable.  In that case, ordering a US warship to sail towards the waters of the Indian Ocean or the Arabian Sea is a different proposition. This could be done.

Pompeo was talking more about diplomatic and political support for India against China. The US is unlikely to be a factor in the military confrontation. With rising tension between the US and China, the Trump administration is unlikely to let any opportunity go of blasting China. China-bashing paid handsome dividends for Trump during his last election campaign. He accused China of stealing American jobs and said that climate change was a hoax advanced by the Chinese. But large swathes of the country believed Trump and voted him to office. Now with presidential elections just months away, more and more anti-China rhetoric will emanate from the White House.

Ever since President Trump took office, US ties with Europe have deteriorated. Trump believed that America’s NATO allies were getting a free ride. America was doing the heavy lifting in terms of funds and troops for the collective security of Europe. The US is reducing the number of US soldiers stationed in Germany. NATO allies in the past seldom had such turbulent relations with the US. Earlier it was France more than Germany which had minor problems with the US. President Trump, however, has changed the entire equation with leading NATO powers.

Mike Pompeo was justifying the reduction of the US troops in Europe on the grounds that the world today faced a major challenge from China. Former US President Barack Obama’s pivot to Asia was also to reassure US allies in ASEAN against China’s predatory moves in the Indo-Pacific. The US was always in the waters of the Indo-Pacific, but as under former US President George Bush, America was at war in Afghanistan and Iraq, the focus had shifted from Asia. Today the Indo-Pacific is very much in focus as a rising China gets ready to assert its place in Asia.