India are one of the only four teams to have played in every World Cup since its inception in 1871. 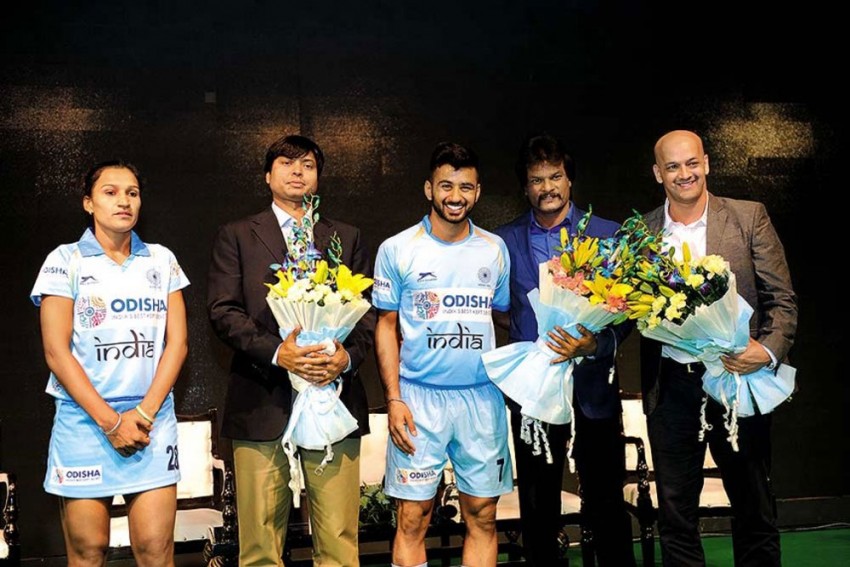 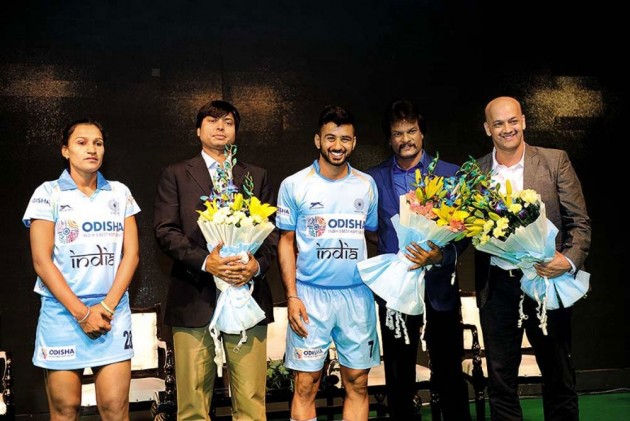 Hosts India are one of the contenders to win the 2018 FIH Men's Hockey World Cup. For many, the claim in itself is wishful thinking. It will be a tough tournament for the buoyant but young team. With an average of age of 23, India are the youngest team in the tournament. But, Manpreet Singh & Co have been lucky enough to avoid a tough group.

In Group C, India have company in world number three Belgium and Canada and South Africa. India will need to top the group to avoid the crossover round.

India's lone World Cup triumph came 43 years ago, and it's one paiful wait for the second title. If all goes to plan, India can end up lifting the trophy at the expense of obvious favourites Australia, Germany and The Netherlands.

By the way, India are one of the only four teams to have played in every World Cup since its inception in 1871. In fact, India have hosted the tournament three times, a feat shared with The Netherlands.

Here's a look at India's record at the World Cup:

1971, Spain: India finished third after beating Kenya 2-1 at extra time in the third-place play-off. India lost the semi-final to eventual winners Pakistan, 1-2. India topped the Group A, which also had West Germany, Kenya, France and Argentina.

1973, The Netherlands: India returned as runners-up after losing the final to hosts, 4-2 via a penalty shoot-out. At the end of extra-time, the match remained 2-2. In the semis, India defeated Pakistan 1-0. India finished second in the Pool A behind West Germany. In the pool stage, India won three, drew two and lost one.

1975, Malaysia: After two near misses, India finally lifted the trophy in Kuala Lumpur after defeating Pakistan 2-1 in the final. En route to the final, India topped their Pool B with three wins, one defeat and one draw. In the semis, India defeated hosts Malaysia 3-2 at extra time.

1978, Argentina: For the first time, India are out of the medal bracket. But that's only the beginning of a slide. They finished sixth after beating Spain 2-0 in the second classification match in two days. A day earlier, they had defeated Argentina 3-2 in the fifth-to-eighth classification round.

India finished third in the Pool A, which also had Australia, Germany, England, Poland, Canada and Belgium. India won three, drew one and lost two. A 1-3 to minnows Canada in their tournament opener effectively compromised their campaign, and making things worse was the 0-7 mauling by West Germany.

Pakistan won their second title, though.

1982, India: Hosting the tournament for the first time (Bombay), India failed to qualify for the semis after finishing third, behind Australia and The Netherlands, in Pool A standings. The defeats against the Dutch and Australia rendered the wins against Malaysia, the Soviet Union and England useless. In the classification match, India beat the Soviet Union again, to finish fifth.

Pakistan defended the title, to win complete a treble.

1986, England: Probably India's worst performance despite Mohammed Shahid winning the best player award. In all India played seven matches, including one against Pakistan in the play-off, which they lost 2-3 at extra time. India were in Pool B , along with eventual winners Australia, West Germany, Poland, Spain and Canada. And India's only won in the pool phase came against Canada, expectedly. India finished 12th.

1990, Pakistan: India's rot continued. In Pakistan, India finished their pool engagements without a win, losing to defending champions Australia, eventual winners The Netherlands, European minnows France and eternal under-achievers Argentina. India were so bad that even the Soviets played out a 1-1 draw. But in the crossover for the ninth to twelfth place classification, India beat Canada 2-1 then lost to Argentina 1-0 to finish 10th.

1994, Australia: India's fortunes improved somewhat, finishing fifth in Australia despite another poor pool round. In five matches, they won two, lost two and settled for a draw in one match, to missed out on the semis' spot to The Netherlands and Germany. In the crossover for fifth to eighth plass classifications, India beat 4-1 on penalties after the extra time ended in 2-2. Then beat England 1-0 to finish fifth.

1998, The Netherlands: Another free-fall for India, losing all but one pool stage match. Everyong was beating India, but only the New Zealand. India beat the Black Sticks to finish last in the six-team pool. But India did well to win both the classification matches, 6-2 against Poland and 1-0 against New Zealand to finish ninth.

The Netherlands won their third title.

2002, Malaysia: Another lowly finish for India after a horrendous campaign, which defeats against South Korea, Malaysia and England. India finished sixth in Pool B, with two wins four defeats and one draw. In the crossover for the ninth to twelfth place classification, India beat Spain 3-0, but lost to New Zealand 1-2 to finish 10th.

Germany won their first of their back-to-back titles.

2010, India: Hosting the tournament for the second time, India started their campaign by thrashing Pakistan 4-1 in Delhi. Then, lost the next three games to Australia, Spain and England before salvaging some pride with a 3-3 draw with South Africa to finish Pool B at fourth. In the final standings, India finished eighth after losing the play-off to Argentina 2-4.

Kookaburras won their second title, defeating Germany in the final. This is the third back-to-back finals between the two teams, with the Germans winning in the previous two finals.

2014, The Netherlands: India, now an also-ran side, failed to impress, finishing ninth. They lost three, drew one and won one in the Pool A engagements. They were beaten by Belgium, England and Australia. Their only win was against Malaysia and played out a 1-1 draw with Spain. In the playoffs, they defeated South Korea 3-0 to finish ninth.

Australia defended the title to become only the third team to win the World Cup three-times of more, after Pakistan (4) and The Netherlands (3).