Over the years, Kashmiris have experimented with the pheran so much that it has become a fashion statement in the Valley, especially in the winters as designer pherans are a rage. 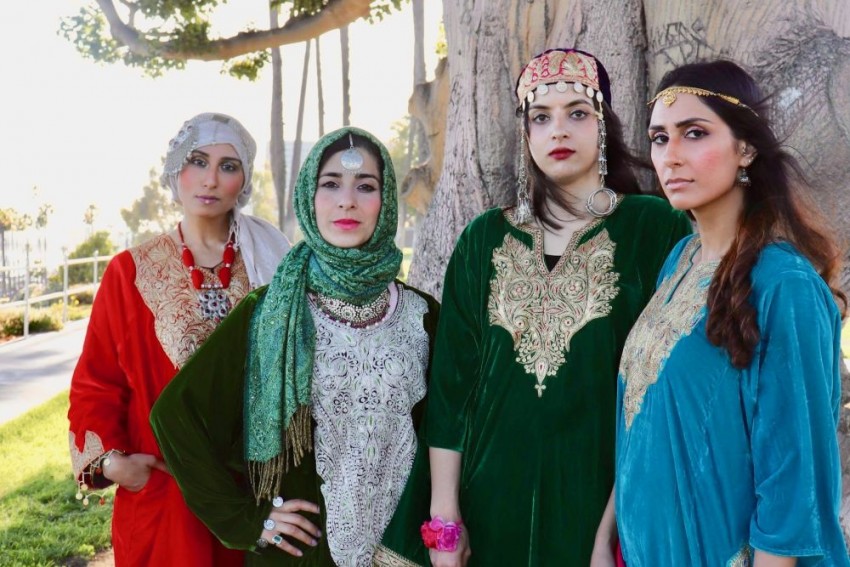 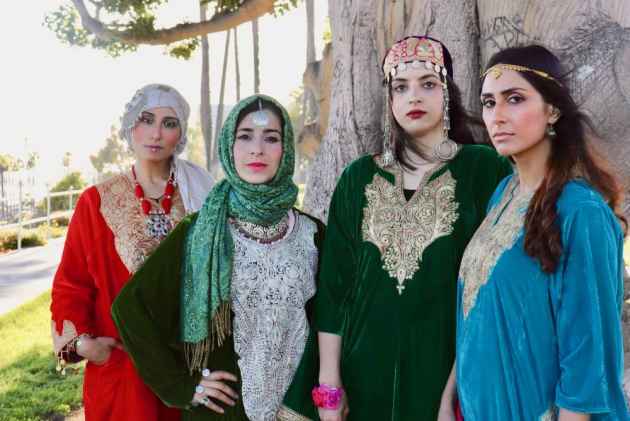 A gaggle of four Kashmiri women posing in bright pherans on a California beach for a photo-shoot is not a common sight. The images were sharp, the subjects serious but happy — quite the kind of qualities needed to break away from the stereotype in a male-dominated society.

The response from the valley thousands of miles away overwhelmed blogger Sumaya Teli, the director of the photo session to showcase the pheran, a long cloak worn by Kashmiris during winters.

“I wanted the photos to be beautiful and show the pherans in the best way. I wanted the models to look strong, powerful, serious sanjeeda, not the usual pouty lips and hair flips. I told my friends, ‘Look, you don’t need to smile for anybody. Of course, there are smiles because we were also genuinely having a blast,” Sumaya says. 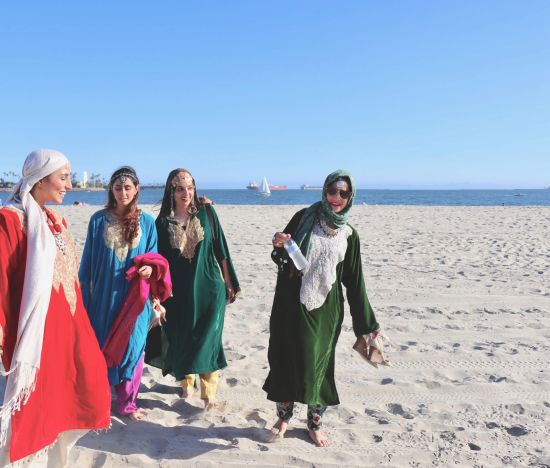 She had another blast after uploading the photos on her blog. And just as she expected, the comments poured in. “I was waiting for this comment from a man. I knew it would be a man. Someone commented ‘em che khoof naak’ (they look scary). That guy doesn’t know how happy his comment made me. Yes, I wanted to tell him, ‘Women are not on this earth just to smile for you’.”

“Someone sent us an image of Sharmila Tagore in the movie Kashmir ki kali, suggesting that what we did was no different to Indian Bollywood propaganda.”

But overall, the photos on the blog received a positive response from both Valley-based Kashmiris and those living outside the state.

Over the years, Kashmiris have experimented with the pheran so much that it has become a fashion statement in the Valley, especially in the winters as designer pherans are a rage. Kashmiri women mostly wear it over a pair of jeans.

Designer Iqra Ahmed runs Tul Palav, a lifestyle brand in the Valley. Iqra, who wants her work to reflect the “Kashmiriyat” in what people wear, had asked Sumaya to take photos of her pherans.

The photo session was a modern and innovative take on the time-honoured dress, says the British-Kashmiri physician who founded and writes for mamanushka.com, a lifestyle blog. 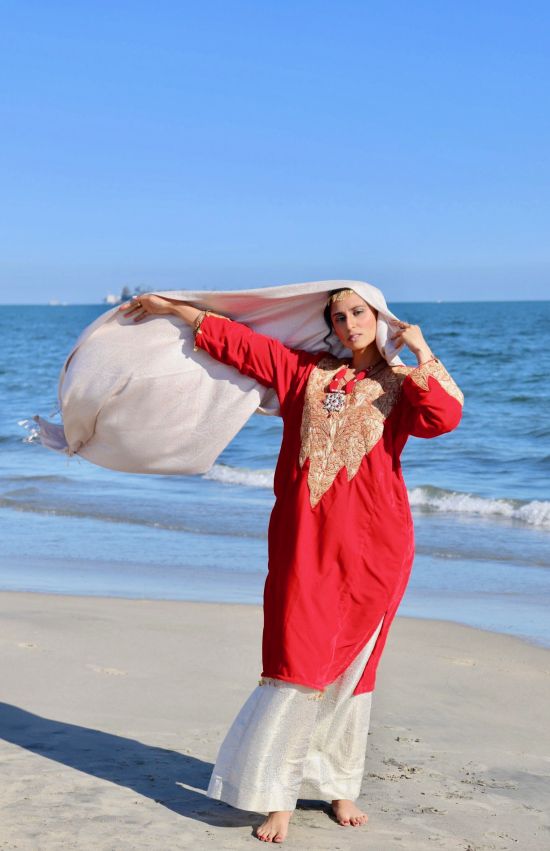 “The styling of each piece with the jewellery and shawls was really meaningful to me because I used pieces that were given to me by my mother and some that belonged to my sister. Even that tired-looking pink silk rose worn by one of the models holds sentimental value for me as it was a gift by one of my sisters when we were in high school,” Sumaya says.

Sumaya lives in the US with her husband and three children. The four women in her She shoot are friends — Sabra Bhat, a management consultant and digital health strategist; Faiqa Anbreen, an aerospace engineer doing a PhD in engineering and computational mathematics; Zairah Sahaf,  a data scientist working on cutting-edge AI technology; and Maysa Bhat, a third-year dental student.

The shooting was held on the sidelines of the Kashmiri Gathering of North America on July 2. “Passersby called us Persian princesses and even when we corrected them that we are Kashmiri, they replied ‘ah Kashmerian,” Sumaya says.

Faiqa says she heard during her childhood that people looked down upon those in a pheran as backward, or is worn only by non-earning homemakers. “But I would still like to wear a pheran, specially having the pockets in the front like an overcoat (conventionally pockets are on the sides).”

“But this garment is worn by our grandmothers, who look absolutely stunning and graceful in them throughout the year. Wearing a pheran on a foreign land is like giving it recognition and we hope future generations will preserve this iconic garment.”

According to her, the photo shoot also tries to underscore the oppressive times. “The owner of Tul Palav is a woman, who is fighting oppression every day (hartals, curfews, shutdowns) to make her business a success. When her products are showcased internationally, it is a feat, maybe a little one, but capable of delivering some sense of relief and accomplishment.”

Alwar Lynching: 'Don't Muslims Have A Right To Live In A Secular Nation?'