The panel will complete the inquiry in six months and the chairman of the commission will fix the first date hearing at Hyderabad. 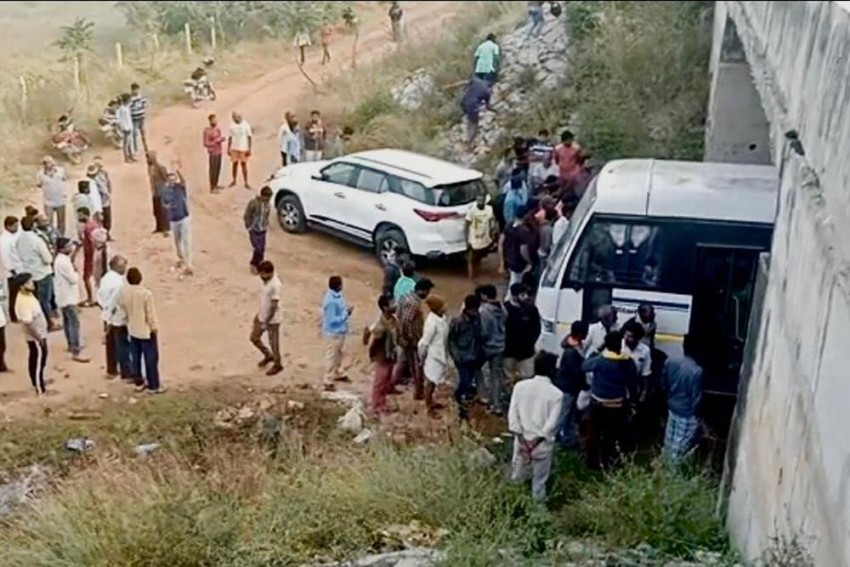 The Supreme Court on Thursday constituted a commission to conduct an inquiry into the killing of the four accused in the rape and murder of a veterinarian in Hyderabad.

A bench headed by Chief Justice S.A. Bobde and comprising Justices S.A. Nazeer and Sanjiv Khanna said, "The commission will complete the inquiry in six months...and the chairman of the commission shall fix the first date hearing at Hyderabad."

The top court grilled senior advocate Mukul Rohatgi, representing the Telangana government, on many aspects of the alleged encounter of the accused by the state police, and emphasised there should be an independent and unbiased inquiry into this incident.

Read Here: Poured Whiskey Into Her Mouth To Silence Her: Police On Telangana Vet's Rape-Murder

The apex court also asked the state officials to show the medical report of the injured policemen in the incident. "Why would they use stones, if they have pistols? Where is the cartridge? Who recovered it? Where are all those things kept?" reiterated the Chief Justice.

The Chief Justice asked Rohatgi, "Are you prosecuting the policemen?" He replied, no, as there is no reason to prosecute them at this moment. Chief Justice replied, "People should know the truth. We may order their prosecution right away. Don't resist an inquiry."

The Chief Justice said that the trial against accused in this case is of no consequence since all four are dead now. "They can't present their case at all. The policemen will give their evidence. Be more fair... otherwise the trial will end up being a mockery," said the Chief Justice.

Also Read: NHRC Has Rarely Unearthed The Truth. Will It Be Different In Telangana?

The court observed that a suggestion was to restrain the media from publicising the proceedings of the inquiry commission and making comments in relation to the inquiry. "We accordingly issue notice to Press Council of India," said the court.

The four accused in the rape and murder of the female veterinarian were killed in the wee hours of December 6. The police maintained the accused were killed when they attacked the policemen and snatched their weapons at the crime scene where they had been taken to retrieve some material evidence.