Locals and tourists are posting pictures of the first snowfall on social media from Kullu Manali and Shimla hills. 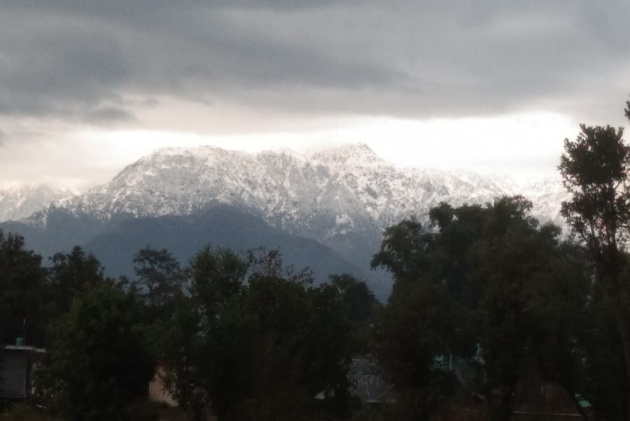 Breaking long dry spell in the region, a sudden change in the weather blessed Kufri, a popular hill destination near Shimla, with season's first snowfall this morning.

This brought cheer among the tourists and locals who were eagerly waiting for rains and snow in the hills, and higher mountains of Shivalik ranges and majestic Dhauladhar.

Three roads -- Narkanda, Kharapatthar near Jubbal and Khirki (Chopal) have been blocked due to snowfall. However, traffic on the Shimla Kufri road was moving smoothly.

The police are expecting tourists to rush to Kufri during the day. They are ensuring necessary manpower deployments in the area.

In rest of Himachal Pradesh, snowfall has also been reported from Manali, Rohtang Pass and higher reaches of Kinnaur and Chamba.

Lahaul Spiti district is already under a blanket of snow and temperature has also dipped in the tribal valleys of Pangi, Keylong and Kaza.

The Tourism society of Spiti, an umbrella body of all stakeholders including Panchayats and travel agents, has already imposed a ban on Tourism activities till March 2021, mainly due to Covid-19 spread and snowfall.

Locals and tourists are posting pictures of the first snowfall on social media from Kullu Manali and Shimla hills.

Lower hills of Himachal Pradesh are also experiencing widespread rains and winds as the sky is overcast with clouds.