The bench headed by Chief Justice of India, passed over the matter as none appeared on behalf of Saritha S Nair, who has challenged Gandhi's election. 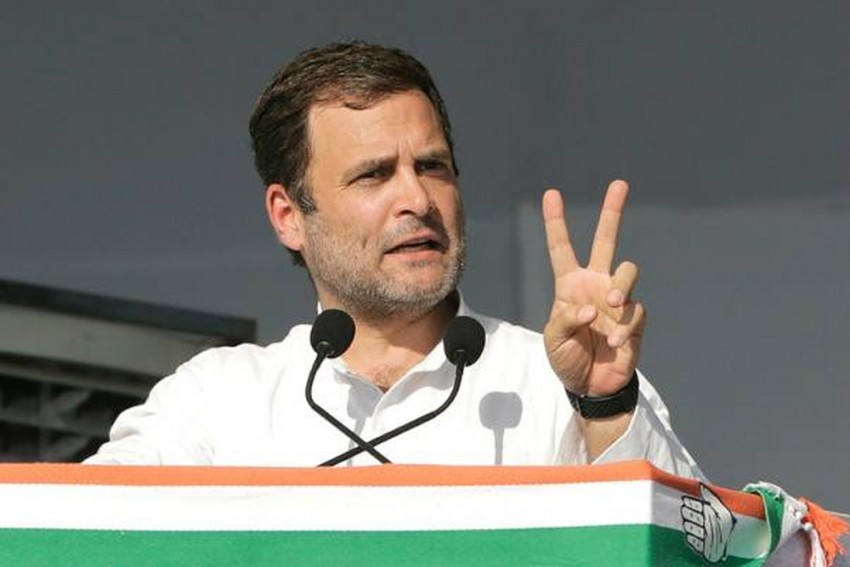 The Supreme Court on Monday dismissed a plea challenging the election of former Congress President Rahul Gandhi in 2019 from Wayanad Lok Sabha constituency in Kerala.

A bench comprising Chief Justice S A Bobde and Justices A S Bopanna and V Ramasubramanian initially passed over the matter as none appeared on behalf of Saritha S Nair, who has challenged Gandhi's election.

Later, in a hearing conducted through video conferencing, the bench dismissed her appeal against the Kerala High Court order.

Nair had moved the top court against the October 31, 2019 decision of the Kerala High Court by which her election petitions challenging the Lok Sabha polls in Wayanad and Ernakulam also were dismissed.

Nair's nomination papers for contesting Lok Sabha polls from Wayanad and Ernakulam Lok Sabha seats were rejected by the returning officers in 2019 on account of her conviction and sentencing in two criminal cases related to the Solar scam in the state.

The top court had on June 10 taken note of the plea of Nair's lawyer for adjournment and had deferred the hearing for November 2.

The Kerala High Court had not allowed Nair's pleas challenging the polls in both Lok Sabha seats and said that her nomination papers were rejected as the conviction in the two criminal cases were not suspended.

It had that only the sentences in the cases were suspended by the appellate court.

The high court said it was clear from the relief sought in the appeal petition that Nair had only sought suspension of the sentence and not suspension of conviction.

Nair's nomination papers were rejected under the Secrion 8(3) of the Representation of People Act, 1951 which prescribed for disqualification on account of conviction and sentencing in a criminal case.

He defeated his nearest rival P P Suneer of the Communist Party of India who secured 274,597 votes, while Gandhi got 706,367 votes.