As far as SC’s contention that the demolition of Babri Masjid was illegal goes, which also suggests that the criminal cases against the accused persons would continue, Sakshi Maharaj disputes his role as a conspirator and law violator. 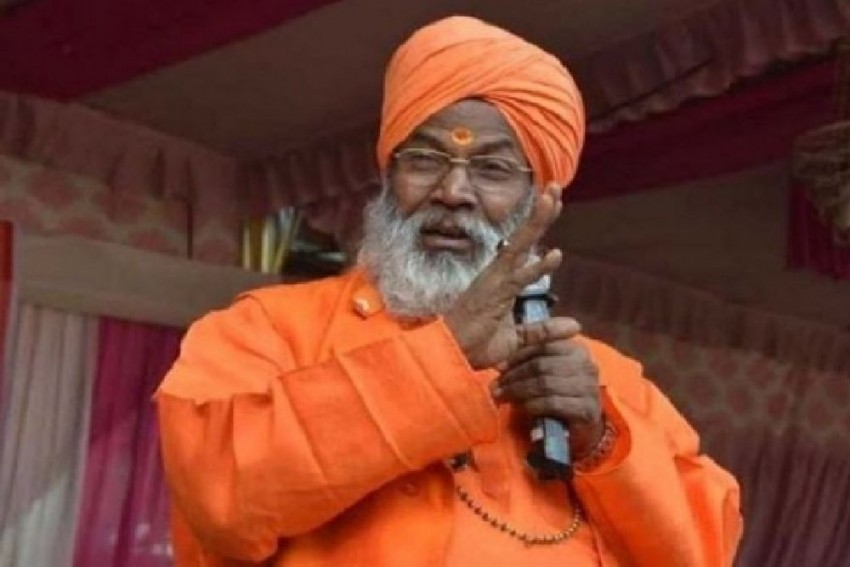 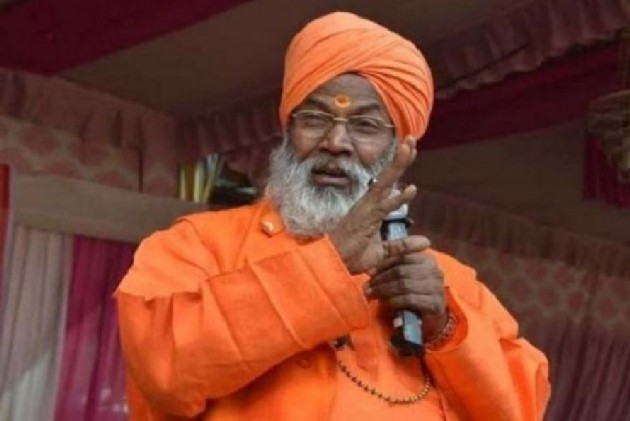 Named as an accused in the Babri Masjid demolition case, Sakshi Maharaj, a BJP MP from Unnao in Uttar Pradesh, is elated after the SC judgement which paved the way for the construction of Ram temple on the disputed site in Ayodhya. As far as SC’s contention that the demolition of Babri Masjid was illegal goes, which also suggests that the criminal cases against the accused persons would continue, Maharaj disputes his role as a conspirator and law violator. In an interview with Outlook, Sakshi Maharaj says the real conspirators were the then Prime Minister P Narasimha Rao and the Shankaracharya of Udupi Math. Excerpts:

Q – How do you react to the Supreme Court judgement in Ayodhya case?

A - It was a 150-year old dispute which would disturb the communal harmony in the country. Everyone should thank SC that it took up the matter and held the hearing in a very systematic manner giving adequate opportunities to all the parties for forty days. I also give credit to Prime Minister Narendra Modi for creating an environment for communal harmony. The role of Shia Wakf Board and Sunni Waqf Board is also praiseworthy. As the former gave an affidavit in SC in favour of a temple, the latter withdrew its claim. It’s not a win or loss for any party. The SC has given this historic judgement on the basis of facts respecting arguments of all the parties. It is also a historic development that after the judgement, not a leaf has moved and both the parties have accepted the judgement.

Q: But how do you respond to the All India Muslim Personal Law Board’s decision to file a review petition?

A: The judgement is not based on emotions. The five-judge bench of SC has given this judgement with consensus on the basis of facts. No one should challenge it. If someone says that he will challenge, I don’t think it is a well-thought move. No untoward incident has taken place anywhere in the country which proves that everyone has accepted the judgement but a handful of people. Everyone wanted a solution except these a handful of people.

Q - Hyderabad MP Asaduddin Owaisi, who is also the President of the All India Majlis-e-Ittehadul Muslimeen, has said that it is a victory of faith over fact. Your take?

A - When the country got independence in 1947, Hyderabad was not ready even then to unite with the country. It was Sardar Patel’s wisdom that worked. Now, we have two Patels from Gujarat – Narendra Modi and Amit Shah. No one will be allowed to play around with the law of this country. I believe no judgement can be better than the one that the SC has given.

Q: Every time when elections used to be around the corner, Hindu parties were alleged to use Ram-Janmabhoomi issue as a tool to get votes. Do you think it will stop now?

A: Certainly. We do politics of nationalism, not anything else. I feel my entry into politics is successful today. I am a six-time MP and I joined politics just because of Ayodhya issue. Thousands of times, my throat went dry shouting, “Saugandh Ram Ki Khate Hain, Hum Mandir Wahin Banaenge,” (We swear on Lord Rama that we will construct a temple there only). So, I am indebted with the SC for this historic judgement.

Q: How long should the government take to build a temple now?

Q - You have been charge-sheeted for your role in Babri Masjid demolition on December 6, 1992. The SC held the demolition was illegal which also suggests that criminal cases against you and others will continue. Do you agree with this part of the judgement?

A - I think this matter should be decided as early as possible. Whatever action needs to be taken should be taken. Since 1992, many people who were alleged to be involved in the temple construction passed away but the case is still lingering on.

Q: Do you dispute your role as an accused in the case?

A - Let me share something with you which I had shared with the Liberhan Commission. I was general secretary of the Akhil Bharatiya Sant Samiti in 1992, and the then CM of UP Kalyan Singh had sent me to Ayodhya to stop the sadhus from doing anything wrong. As part of a six-month-each agreement between the BJP and the BSP, Kalyan Singh was yet to complete his six months. He told me that the mosque should not be demolished in his tenure, and if I had to anyway demolish it, I would do that during Mayawati’s regime. This conversation was exclusively between me and Kalyan Singh.

I went to Ayodhya to calm sadhus, and I was updating Singh every minute of the developments. But two groups of people created trouble which led to disruption. One, a section of people who wanted Kalyan Singh government to fall before Babri Masjid. I don’t want to take their names.

Second, the Shankaracharya of Udupi Matha, who was the guru of the then PM Narasimha Rao, instigated sadhus in the front row who didn’t understand Hindi. The state government did make efforts to stop them from demolishing the mosque. However, he incited the mob for that. And PM Rao was fully aware of that. Both Rao and the Shankaracharya of Udupi Matha acted in collusion with each other.

Q: Is Krishna Janmabhoomi the next target?

A: I am a very small fry and I can’t talk on all these matters. At this time, a big achievement has been made and both the side should show magnanimity. Whatever should happen in future, it should happen with the consent of both the parties. Like what happened in the case of Ram Temple that both parties tried to arrive at a solution but failed and finally SC mediated and gave a historic judgment.

Q: But you served as an MP from Mathura from 1991 till 1996. How was your experience as far as communal harmony between the two communities was concerned?

A: Yes, I can share a very interesting incident that took place there during the time when the Mayawati government was in power. Once a huge Vishwa Yagya had taken place in Mathura and some people came to me with a request to lead an attack on the Shahi Idgah mosque which exists adjacent to the Krishna Janmabhoomi temple complex. I immediately rejected and said that till the time I was an MP from Mathura, nothing of this sort would happen. I never allowed that to happen and you will be surprised to know that I was gifted bangles for not attacking the Idgaah.

Contrary to my image, I am very popular among Muslims. Those who come in my contact grow very close to me. I have received several hundreds of calls of Muslim people who have congratulated me for the Ayodhya Judgement.

Even when Article 370 was abrogated, I had received congratulatory messages from people from the Muslim fraternity. They had honoured me with garlands and other ways. Later, most of those people who had congratulated me received threatening calls from terrorists. There are complaints with Police in that regard.