Father of Raman Kashyap, the 35-year-old journalist killed in the Lakhimpur Kheri violence, speaks to Outlook and alleges his injured son was sent to the mortuary even before he died. 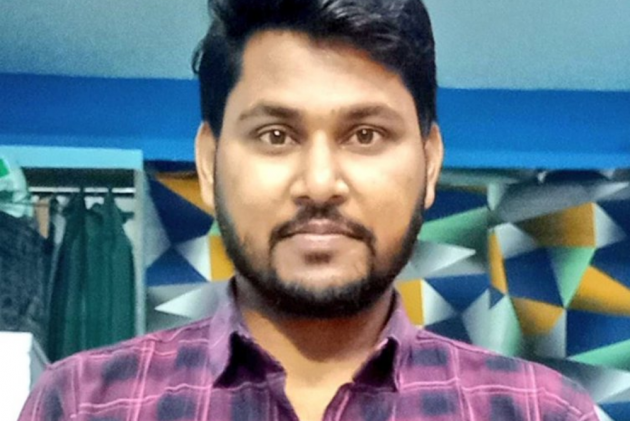 35-year-old journalist Raman Kashyap, one of the eight victims of Lakhimpur Kheri violence, had joined media just three months ago after his friends persuaded him to do so. He was primarily a school teacher and the media job became his hobby after he did a couple of news stories for a Madhya Pradesh-based News Channel.

He realised that he could highlight the villagers’ problems through his reporting and that’s what encouraged him to continue as a journalist.

Last evening, Rahul Gandhi, Priyanka Gandhi and other Congress leaders came to your house? What assurance did you get from them?

I briefed them about the whole incident and they said that they would fight for justice for my son. The two chief ministers, Bhupesh Baghel ji and Charanjit Singh Channi ji, who accompanied them, promised to pay Rs 50 lakh each as financial help. They were very supportive.

Have you received any compensation amount from the government?

Yes, around 7 pm on October 6, I received a cheque of Rs 45 lakh from the state government. I will deposit it in the bank for the disbursement of the compensation amount. Besides, the television channel for which he was working has also promised to pay Rs 5 lakh.

Now, do you have any specific demands from the state government?

I want the state government to arrest and punish all those people who are responsible for this incident. They must be arrested and put behind bars. I also want the government to offer a job for my son’s wife.

When did your son join the media profession?

It was just about three months ago that he came into news reporting. His friends were working with television channels and they persuaded him to take up the job. They helped him get in touch with a news channel. I don't think he was into reporting for any money. He was a teacher in a nearby school, Modern Gurukul Academy, from where he was earning about Rs 8000 every month. Some people have incorrectly reported that he was getting Rs 1500 monthly from a media job and Rs 500 for one assignment. He was not in the profession for Rs 500. We pay Rs 300 daily to unskilled labour in the village. So why will he take a job for such a meagre sum?

Since he was already a school teacher, why did he join the media?

As I said initially his friends encouraged him but later on he realised that it was a powerful way to highlight people’s problems. He used to go to police stations, courts and hospitals to raise the issues of the villagers.

When did he leave for reporting on October 3?

He left home around 11 in the morning as there were two events taking place at two different places. The wrestling competition was in the Minister’s ancestral village in Balbirpur and the farmers' protest was going on in Tikonia village. The two are at about 4 km from each other. So he might be frequenting between them.

Where was he when a convoy of Minister’s son allegedly ran over the vehicles on the farmers?

He was there on the spot. In fact, he was hit by the second car of the convoy that killed him. When I got his mobile and checked the recording, I realised he kept gathering the video footage till the time he was hit by the second vehicle. So, the first vehicle hit farmers and drove ahead. Then a few minutes later the second car came and my son got hit on his left side. His mobile’s recording clearly shows that. I have kept it safe and not shared it with anyone.

Since you have seen all the recordings on his mobile, did you anywhere find Minister of State for Home Ajay Mishra Teni’s son in the video?

No, I cannot make out from the footage whether he was there or not.

You have also alleged that your son was alive many hours after he was hit by the vehicle but he was not offered any medical help and straightway sent to the mortuary as a dead body. What makes you think so?

When he didn’t return home in the evening we got worried and started asking his friends and people around. Then it was around 3:30 am almost after 12 hours of the incident, we got a call from the mortuary that there was a dead body and we were asked to go and recognise it. When I saw my son’s dead body, the blood that came out from the back of his head looked fresh. Also, there was no severe injury to his body. This makes me feel that he kept lying on the site of the incident and then was straightway sent to the mortuary. There are three hospitals on the way from the mortuary to the site of the incident but the administration took no effort to admit him to any hospital. I believe he was unconscious and not dead.

What do you do for your livelihood?

I am a farmer and I have 5 acres of land on which we grow crops. After I lost my eldest son, now I have two sons who are married and they work with me on the farm. It was only the eldest one who was working as a teacher and a journalist. He has left behind his wife and two kids. Money can never compensate for the irreparable loss that I have suffered.