The SKM said all train traffic will be stopped for six hours from 10 am till 4 pm during the 'rail roko' protest on Monday. 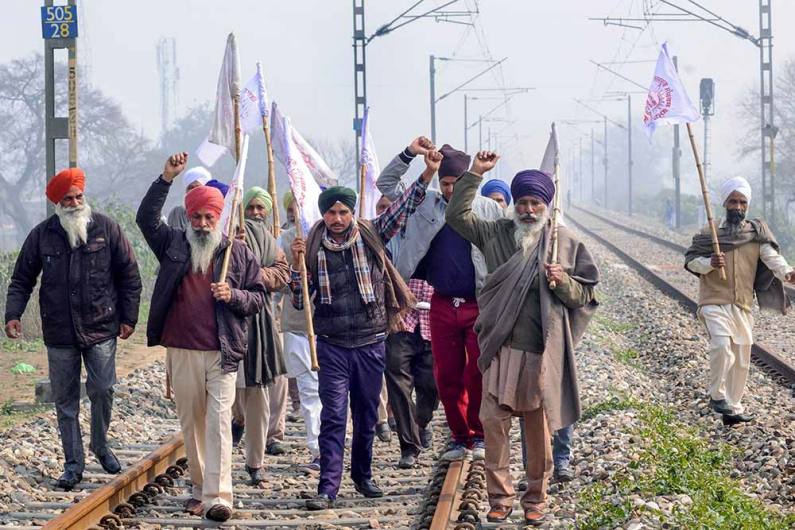 The Samyukt Kisan Morcha (SKM) will hold 'Rail Roko' protests across the country on Monday to demand the dismissal and arrest Union Minister Ajay Mishra in connection with the Lakhimpur Kheri incident.

The SKM said all train traffic will be stopped for six hours from 10 am till 4 pm during the 'rail roko' protest on Monday.

In a statement on Sunday, the umbrella body of farmer unions spearheading the farmers' agitation against the Centre's three agri laws, said "protests will only be intensified until justice is secured" in the Lakhimpur Kheri case.

"To press for its demand for MoS Home Ajay Mishra's dismissal and arrest, so that justice can be secured in the Lakhimpur Kheri massacre, Samyukt Kisan Morcha has announced a nation-wide Rail Roko program tomorrow.

"SKM put out a call to its constituents to stop rail traffic for six hours on October 18, between 10 am and 4 pm. The SKM asks for this action to be taken up peacefully, without any destruction and damage of any kind to any railway property," it said.

Four of the eight people who died in the violence on October 3 were farmers, allegedly knocked down by a vehicle carrying BJP workers. Angry farmers then allegedly lynched some people in the vehicles.

The other dead included two BJP workers and their driver.

Farmers have claimed that Ashish Mishra was in one of the vehicles, an allegation denied by him and Ajay Mishra who say they can produce evidence to prove he was at an event at that time.

Ashish Mishra was arrested in the case on October 9.

The SKM also claimed that at effigy-burning events across Uttar Pradesh, several farmer leaders were put under house arrested while some were detained.

SKM condemns this and asks the UP government not to suppress the right to protest of ordinary citizens, it added.