The Centre warned against a potential upsurge in covid-19 cases in the local population after the auspicious Shahi Snan days during the Kumbh Mela. 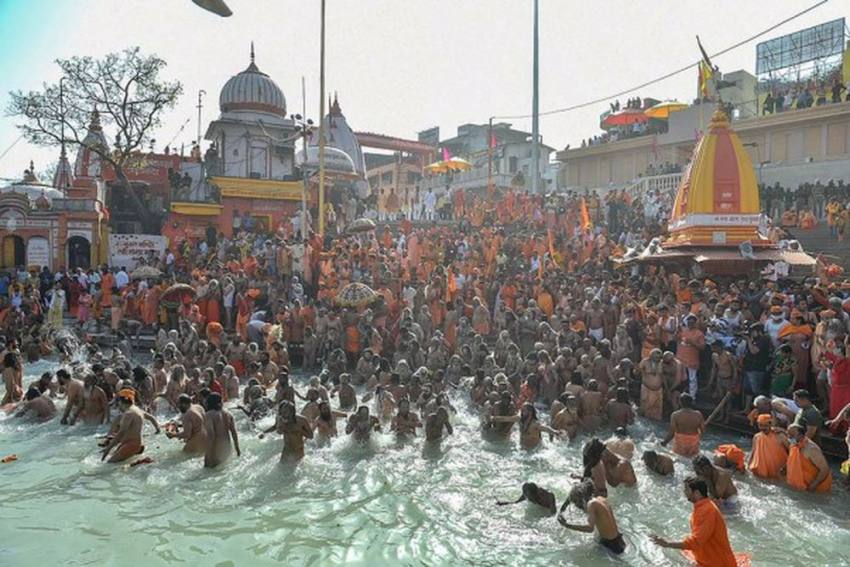 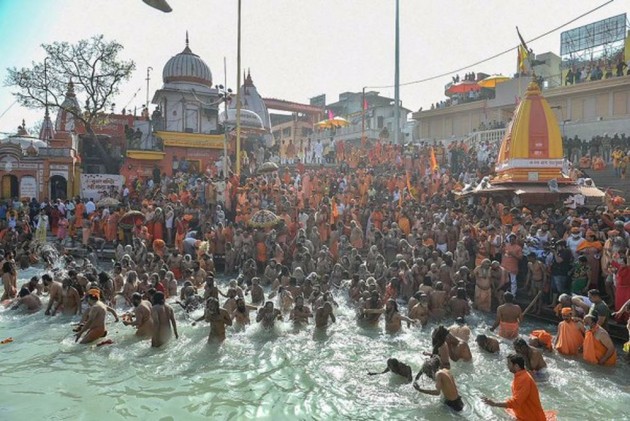 Cautioning against a potential upsurge of Covid-19 cases during the ongoing Kumbh Mela in Haridwar, the Centre has written to the Uttarakhand state government strongly highlighting the concerns raised by a high-level central team about the need for stringent measures to control the spread of the virus.

The central team led by the National Centre for Disease Control (NCDC) Director recently visited Uttarakhand on March 16-17 to review the medical and public health measures undertaken by the state for the Kumbh Mela, the Health Ministry said in a statement.

In his letter to the Uttarakhand Chief Secretary, Union Health Secretary Rajesh Bhushan has observed that more than 12 states in India have shown a surge in Covid-19 cases during the past few weeks, and pilgrims expected to visit Haridwar during the Kumbh Mela could also be from these states.

"It has been noted that there is a potential of an upsurge in cases in the local population after the auspicious Shahi Snan days during the Kumbh Mela," the ministry said.

"The secretary also noted that as per the report of the central team, 10-20 pilgrims and 10-20 locals are being reported positive every day."

"This positivity rate has the potential of rapidly turning to an upsurge in cases, given the expected large footfall during Kumbh," the ministry said in its statement.

The state has been informed that the daily testing numbers reported in Haridwar -- 50,000 Rapid Antigen tests and 5,000 RTPCR tests -- are not enough to effectively offset a huge number of expected pilgrim footfall.

It has been advised that the share of RTPCR tests being conducted at present needs to be significantly increased as per the ICMR guidelines to ensure that the pilgrims and local population are appropriately tested.

The state government has been advised to follow scrupulously the SOPs issued by the ministry and display signage to disseminate the main points of these SOPs; increase awareness of self-reporting, especially among local population, in case of symptoms suggestive of Covid-19; and set up system for generating early warning signals in areas with susceptible population by monitoring trend of ARI/ ILI cases through Emergency Operational Centres.

It has also been urged to target significantly enhanced testing in potential high transmission areas, continue periodic testing of frontline workers before and after auspicious bathing days of the Kumbh and ensure operationalisation of adequate critical care treatment facilities.

It has also been asked to ensure effective risk communication, by using all forms of media platforms, for strict adherence to Covid-appropriate behaviour.

"In case of surge in cases/super spreader events, promptly send samples for genome sequencing in consultation with NCDC," the ministry said.

The Union Health Secretary has urged the Uttarakhand government to take stock of the public health measures being undertaken by the state in consonance with the aforesaid recommendations of the Health Ministry, the statement added.